Some video games tiptoe above others due to their endearing design and unique gameplay mechanics. Cris Tales, the latest from developer Modus Games, looks to stand out amongst the crowd with an incredibly cutesie art style. But does this luscious, time-bending JRPG place style over substance?

Set in a strange and wonderful world, you take on the role of Crisbell, a young orphan with a mysterious past. Supporting you on your adventure is Matias, an adorable, top hat-wearing frog. Early on, your peppy companion wanders off with a rose, resulting in a mundane plod around the environment to retrieve the item.

Upon your perusal, you come across an artifact giving you the ability to manipulate time. Being able to see the past, present, and future at once, you must now do everything in your power to ensure the prosperity of the kingdom. Due to the meandering pace, the game instills a certain level of comfort; however, this is at the detriment of urgency. Whilst some may enjoy the slow-burn plot, I craved for more meaningful events to occur earlier on.

A Tale of Friendship

The game’s whimsical nature is enhanced through its colorful cast of characters, each containing its own personality and motives. Willhelm, a time mage, acts as a mentor, helping Crisbell on her journey. In contrast, Cristopher, a bucky, young knight, is an impulsive and eager character helping to create an intriguing dynamic for your party, which alters throughout your adventure. There’s a real sense of friendship between party members, which is enhanced through conversations. The excellent and expressive voice acting helps to further anchor the characters’ personalities through interactions, engaging the gamer more than just the conventional reams of text. 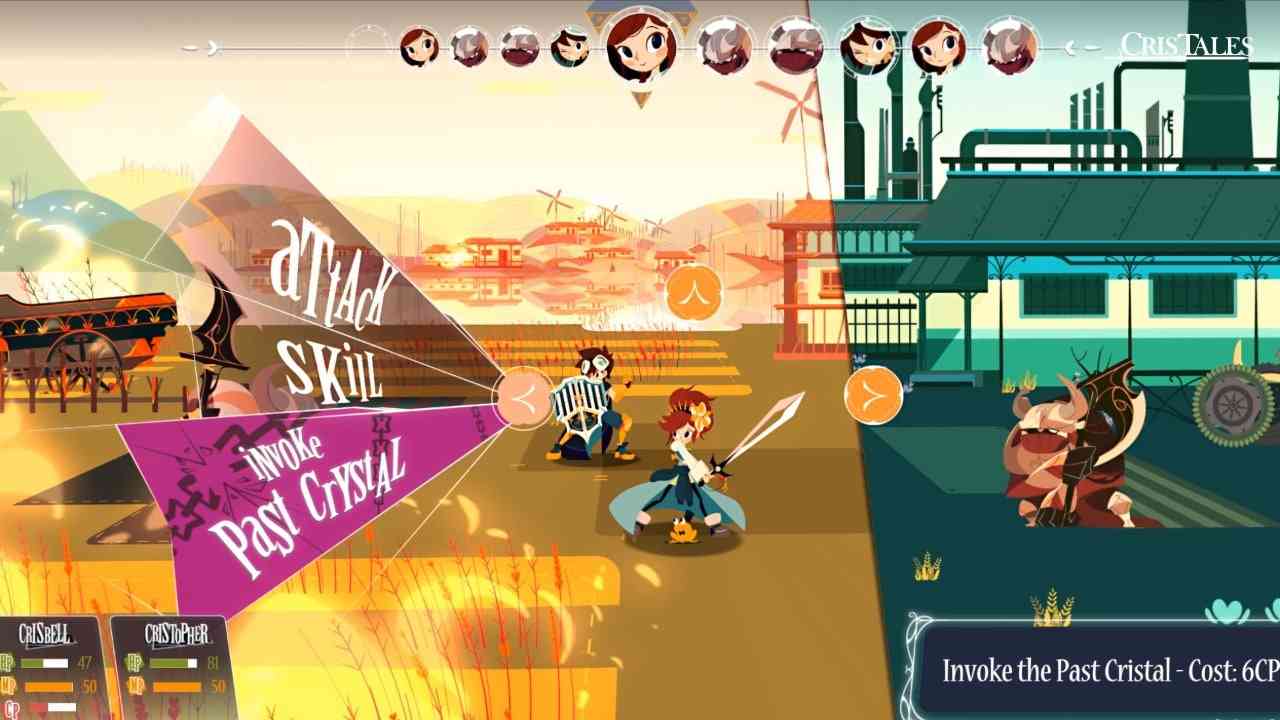 Cris Tales’ focus on cause and effect is cleverly implemented. Early on, you are introduced to playing with aspects of the past, present, and future in order to achieve certain goals. Due to the ability to instantly see the result of your actions, there is a great sense of consequence which gives weight to the choices you make. This mechanic directs you to explore each area, as optional side quests will help alter the landscape of the environment. Unfortunately, the additional missions did feel very similar and never strayed away from the basic formula.

Combat follows the tried and tested method of games of the past. Although there are some timing-based elements, the implementation is rudimentary at best. The timing of attacks is based on the animation, with no real penalty for mashing the button. In contrast, timing incoming strikes is quite difficult with no obvious window of timing. Characters can perform combined attacks that amplify the individual’s ability. Differentiating itself from other JRPGs is how the game infuses time mechanics into the battle system. Enemies can be thrown back or forth in time, meaning you will be able to fight different versions of your foe, each of which contains different stats. You can toy with time in several ways; for example, metal-clad villains can be doused in water and sent to the future, causing their armor to rust, thus increasing the attack damage. This adds a nice layer of strategy to a combat system that is firmly rooted in yesteryear.

The Grind of Battles

Similar to other titles in the genre, random battles occur throughout areas, hindering the enjoyment of exploration. Areas are lusciously designed, urging you to investigate; however, every other step is plagued with an encounter that consists of many of the same character types. This quickly becomes a tiresome grind, and soon you’ll be racing through areas rather than enjoying them. Adding to the frustration is the lack of auto-save. At a key point in the environment and the overworld map, players can save their progress. However, upon dying, you have to reload your last save. This anxiety-inducing approach to the game feels dated and hampers the experience. 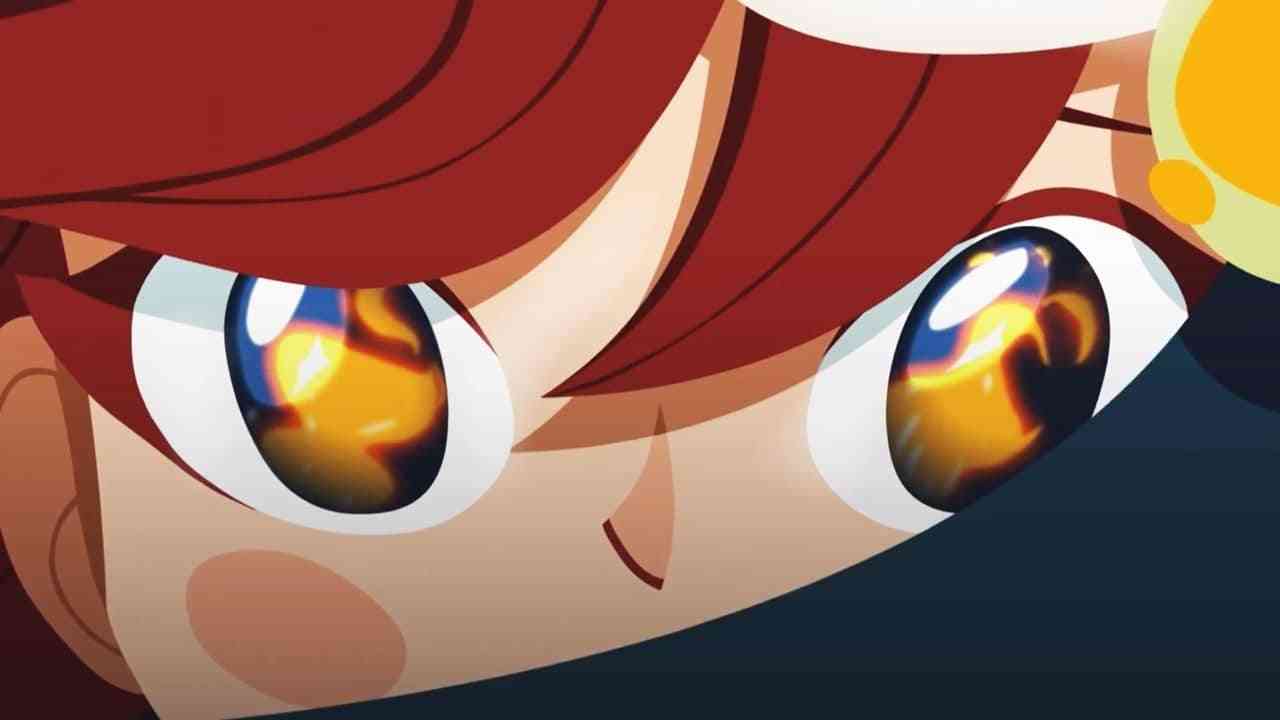 Without a doubt, Cris Tales is one the most beautiful games I have ever played. Each character has been crafted with amazing attention to detail that combines anime and Cartoon Network. Expressions are exaggerated and sublimely animated to feel like an authentic cartoon. The architecture and overworld add to the game’s aura, helping to ensure that every area is distinct. The majority of the game will play in a triangular-thirds showing the past, present, and future. Seeing how areas have changed throughout time by just walking past is special and has been perfectly implemented. Although designed in 2D, you can move in and around the area. Unfortunately, the movement at this point feels rigid due to it being on a clear axis.

Setting the tone for your adventure is the lovely piano-based soundtrack. Emotional scenes are heightened due to the accompanying score and excellent voice acting. However, this isn’t just an emotional tale; there are jaunty, upbeat tracks that back your trek through a delightful world.

As much as I love the aesthetics of Cris Tales, there are issues with the gameplay that affect the experience. Although fans of retro JRPGs will be able to overlook the constant random battles, lack of auto-save, and the monotonous grind, these aspects will deter gamers who are used to contemporary design elements. The clever use of the time mechanic allows you to be more tactical in your approach to fights; however, this is overshadowed by the sheer volume of encounters and repetitive enemy types. At its core, Cris Tales is a solid JRPG with an interesting twist; however, it sticks to the well-trodden paths of those that came before, creating a disparity between the gameplay and visuals.