Being a sucker for horror games, movies, and TV series, the name Corpse Party was a title that I had heard before. Being told to only play the games and heavily advised against watching the OVA (Original Video Animation), I watched it anyways and was so disturbed it actually had turned me off wanting to play the game. After being told that the game and the OVA were vastly different, it certainly piqued my interest and now that I have played it, I’m now a huge fan of the Corpse Party series.

Corpse Party opens up with seven students who decide to stay late after the Culture Festival to help clean up and to hang out one last time before their beloved classmate and friend, Mayu Suzumoto, transfers to a new school the next day. Leaving behind a sizeable group of friends and wonderful memories, Ayumi proposes an idea to keep the group of friends all together no matter where they might be. They perform the Sachiko Ever After Charm and after performing the charm incorrectly, all hell breaks loose. After a random earthquake, the group is swept into a different dimensions, and finds themselves separated between spectral zones in the previous school that was torn down due to grotesque murders. The students wander the halls of the old Heavenly Host Elementary school running from ghosts and finding corpses of other students who have suffered a similar fate.

“The gameplay itself is very dialogue heavy, which can be a turn off for some people; however, it does allow for exploration at your own pace.”

The gameplay itself is very dialogue heavy, which can be a turn off for some people; however, it does allow for exploration at your own pace. Nothing beats creeping around an old elementary school in the dead of night, not knowing what’s lurking around the corner. The controls in Corpse Party are just as simple, with the standard WASD or arrow keys being your walk function. You do have an inventory to help you carry things around and also a section that tells you of all the tags of former students who have met their misfortune at Heavenly Host Elementary.

With so many characters, each ones have their own very well done quirks and personalities which makes each character very lovable and with a game with multiple endings, you’ll have to make sure you’re making right right decisions to keep your favorites alive. 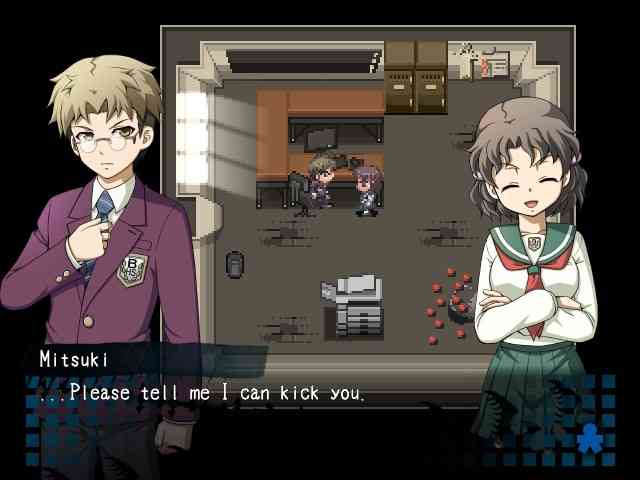 Having seen bits of the PSP version and it’s crisp art and nicely done sprites I wondered how this version would compare. And while not as much of the dialogue is voice acted and the art style is a bit immature, I still found Corpse Party to be incredibly charming and still just as engaging. The soundtrack is just as engaging and matches well with the themes that just adds to the eeriness of everyone’s situation and will surely have you sitting at the edge of your seat.

In the end, Corpse Party is an enjoyable, well thought out and engaging experience. It does take on a bit of a slower pace but if you are a fan of Visual Novels, then this will be perfect for you. If you’ve played the PSP remake and wonder what the point of playing this one is, this version has slightly different dialogue, different character busts, and slightly different music as well as added extra chapters that wasn’t released on the PSP title. But if you enjoy a good ghost story with some gore, Corpse Party is definitely the game to pick up. 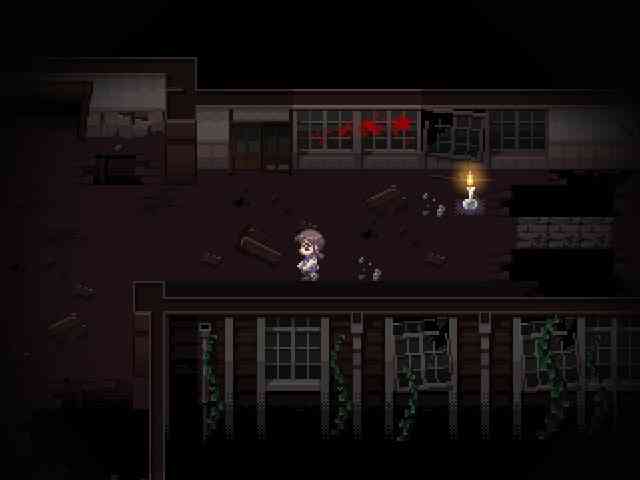 Story Of Seasons: Pioneers Of Olive Town Comes to Switch Online For Free
Next Azkend 2 The World Beneath Review – Match-3 Mayhem
Previous Star Fox Zero Review – Back For A Barrel Roll & It’s A Blast