There are three direct story sequels, Book of Shadows, Sweet Sachiko’s Hysteric Birthday Bash, and Blood Drive, all of which are available on Steam, as well as an episodic sequel that starts a new story arc, called Corpse Party 2: Dead Patient. But this 2021 release is the classic, most-beloved, OG.

And this OG is a strange little game. I think the best way to describe it would be as a mix of Super Nintendo-style JRPG, and PS1-era survival horror. It’s got beautiful 16-bit-style pixel visuals and a top-down perspective that should appeal to anyone who still thinks of Chrono Trigger, Final Fantasy VI, and A Link to the Past as the height of pleasing visual aesthetics. But Corpse Party has no leveling up, or combat. Gameplay is a mix of long dialogue sequences, and wandering a haunted school, looking for items, and solving simple puzzles. Corpse Party also has the visual novel storytelling aspect of multiple endings. A lot of the fun of playing through Corpse Party is making different choices throughout, and discovering all the different endings for each chapter.

To drive this a-typical gameplay approach, Corpse Party heavily relies on its narrative, and it’s a very good one. Without spoiling anything beyond the beginning of the first chapter, a group of 7 high school students are at their school telling ghost stories at 7pm for some reason, when one of their teachers, and one of their little sisters show up. Because, Japan I guess? One of the 7 students is about to move out of town, so the group of 9 partake in a ceremony where they rip a paper charm into 9 pieces, so they will be together forever. Before they can leave, a massive earthquake happens, and the students find themselves separated and in a dilapidated elementary school that is definitely not their high school.

A Slow Start to a Memorable Tale

This story is actually told much better through its mix of gameplay and cutscenes, than it is during its initial story dump. The narrative takes a while to get going. The long dialogue sequence that begins the game, while scripted well, wasn’t much of a hook to draw me in. This setup just didn’t intrigue me. Once the gameplay got going though, I was all-in. 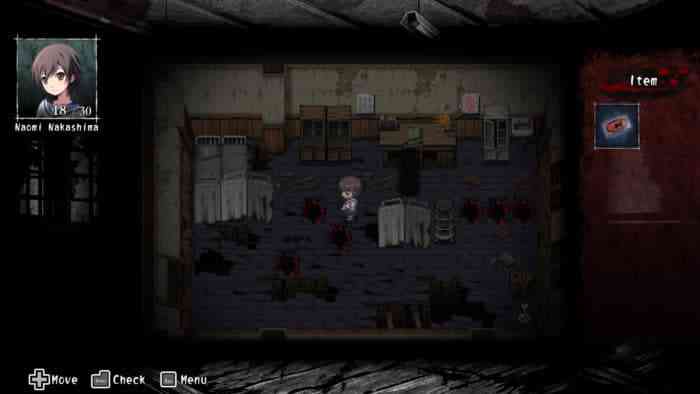 One of the storytelling areas that Corpse Party really excels at is creating memorable moments. Cupboards are full of hair, buckets of pee and rotting meat line the hallways, bloody warnings are clawed into walls, and newspaper clippings describing horrible fates of children litter the floor. Most of the gameplay involves clicking on anything interesting in the environment, but the environment is so interesting that you’ll want to click on everything. Even flavor text is a treat.

The main game consists of 5 chapters that each take about 2 hours, as well as 3 bonus chapters. Corpse Party isn’t the longest game, but it doesn’t overstay its welcome, and it’s certainly worth its bargain price. The only complaints I might have is that it won’t be for everyone. Corpse Party isn’t quite a visual novel, but it’s definitely more of an interactive story than a videogame. Its modern equivalents are games like To the Moon, and Yume Nikki. So if you’re into JRPGs, old school survival horror, or modern narrative-heavy RPG Maker indie games, I highly recommend picking up Corpse Party. I was curious about playing it, and am so happy that I did. 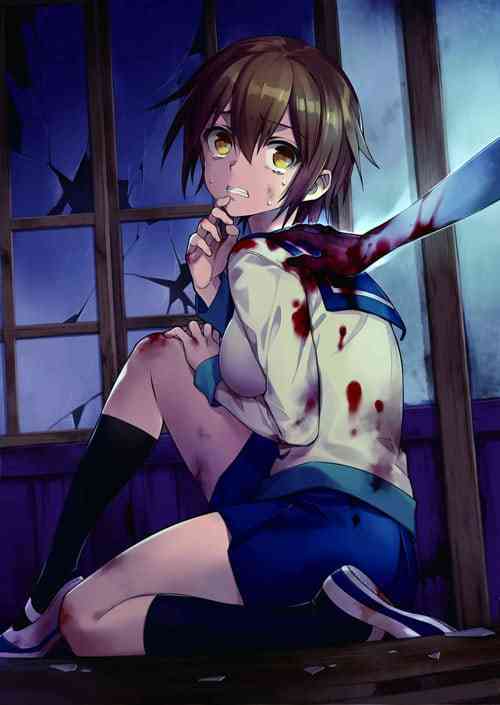