Welcome to the Federal Bureau of Control

Remedy has been around the block a few times. After making Max Payne, Remedy shifted gears toward more cinematic experiences. Equally stylish, no doubt, but games like 2009’s Alan Wake worked to refine and reimagine the idea of narrative in games. Connecting the player to character motivation in a fresh way, Alan Wake’s tale was wrought with paranoia and deeply psychological themes. In 2016, Quantum Break blazed a trail not everyone was prepared to follow, but resonated with people all the same. Control is their most ambitious title yet, and a huge opportunity for Remedy to become an industry juggernaut.

*the next paragraph discusses Control’s story, but doesn’t spoil anything beyond the introduction*

Control takes a step back toward the familiar from the experimental Quantum Break, but still managed to confuse me in all the right ways. You’ll play as Jesse Faden, a woman searching for her brother, and who, inexplicably, is the new Director of the Federal Bureau of Control. Why and how that comes to pass is one of Control’s biggest mysteries. Slightly more pressing though, is the invasion of the Bureau by the Hiss – beings(?) that seem to invade hosts through sound. As Director, Jesse is also responsible for, y’know, saving the world from certain doom. 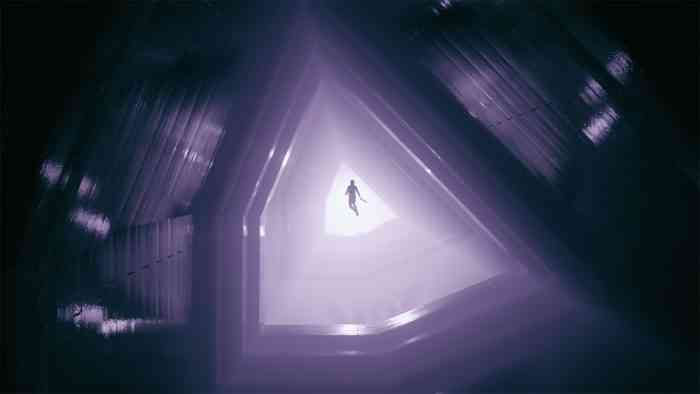 Courtney Hope plays Jesse as supremely confident, but someone who’s also silently screaming. Jesse frequently pauses during conversation to internally consider her response, thoughtfully monologuing internally for the player’s benefit. Like any good noir story, her partners in conversation wait patiently for her reply. It works incredibly well stylistically, and the million layers of lore make leaving no stone unturned the only logical approach to exploration.

Other characters like Dr. Darling are equally intriguing, with the absolute standout being Ahti, the FBC’s enigmatic janitor. The less I say about him, the better.

Player agency is a big focus of Control’s structure. The main story can be completed in 10 or so hours, and it’s just as long as it should be. You see, some parts of Jesse’s story are contained there, but it also serves to whet players’ appetites for what else the Oldest House (the FBC) has locked under its roof. There are plenty of sections you’ll never see if you don’t go out of your way to do so. I went way out of my way. I ended up with a massive list of case files, research documents, and other assets to read through. As I write this, I’m thinking about where to search for more. It’s great stuff. TL;DR: the writing is solid, and the concepts – though familiar in some ways – are bizarre enough to warrant extremely long YouTube analysis videos. There’ll be a lot of theories about Control. 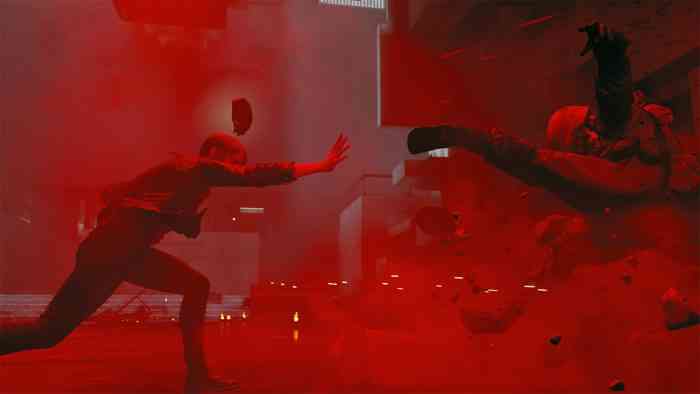 Control is equally if not more likely to be studied for its visual storytelling, and Remedy’s Northlight engine is at the core of the visual experience. It’s stunning in action, with tremendous rendering and physics simulation. Structures and surfaces look uncannily real in plenty of situations with some of the most believable looking materials I’ve seen – even without the benefit of ray tracing in the console version.

Even with how well-rendered everything is, lighting is the most noteworthy visual aspect in Control. It fills space, hanging heavily and providing a spooky mood, and dramatically blowing out highlights. It’s harsh and soft and in perfect lockstep with the needs of the scene, like you might see in an excellently lit film like Blade Runner or The Dark Knight. Atmospherically, Control sets a new bar.

Running Control is a tall order though, and it marks the first time I’ve felt that the PS4 Pro was actively holding a game and engine back. The framerate dipped to stop motion levels at times, while some grimy textures and severe checkerboard artifacting worked hard to break my immersion. Thankfully the character models seem to have been prioritized in the PS4 version and look outstanding. Even with a few console blemishes, Control is a gorgeous title. 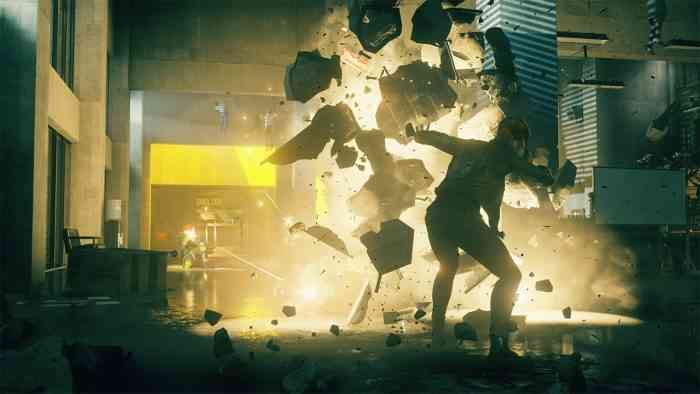 The beauty of Control is far more than skin deep, though. Motion is used to great effect, adding to the surreal familiarity of the Oldest House, and the believability of the characters within it. Facial tics and other mannerisms are extremely realistic, like Jesse’s questioning half blink and Ahti’s barely perceptible lip movements. It’s not perfect though, as some lip-syncing falls back into the uncanny valley, and characters’ eyebrows rarely move as much as you’d expect.

Sound design often gets less attention than visuals in games, but Control blew me away on that front. From creepy murmuring to the glitch language of The Board, this is a brilliant example of using sound to make the familiar seem unnatural.

The narrative of Control is the love child of Fringe, The Matrix, and Inception, constantly oozing mystery and style. Conceptual absurdity touches all aspects of Control’s design, and the result is spaces that have a magnificent sense of place. The Executive, Containment, and Maintenance sectors are stuffy government designs but are made memorable by painstaking attention to detail. The Astral Plane is cold and calculated while the Oceanview Motel somehow makes mundane seem seductive. It’s not an open world, but what appears to be a series of office environments hides an immense amount of charm and variety.

Speaking of seductive, being the Director of the FBC has perks. There are the private bathroom and big paycheck of course, but Jesse’s also able to bend the world to her will by taming Objects of Power. Telekinesis, levitation, and air dashing are typical action game fare, but feel more ferocious than what you’d find elsewhere. Launching enemies and objects tears up the environment, exploding papers off desks and turning pillars to rubble. Ability points let you upgrade powers how you see fit, though it’s closer to a checklist in practice than a customization system.

Mixing it up with the Hiss is tremendously satisfying thanks to the powers, but even more fun with an assist from the Director’s trusty Service Weapon. With 5 unlockable ‘forms’ the Service Weapon can handle most situations on its own, but creaming an enemy with a mail cart and then blowing away a few others with the Charge weapon is both cooler and more fun.

That flexibility in combat is balanced by pattern recognition and patience, though. Jesse isn’t The Hulk, and a few shots are enough to take her down. Judicious use of cover and thoughtful crowd control are often the smart plays, with just enough power based razzle-dazzle thrown in to stay ahead of the Hiss. Spamming your powers isn’t typically enough – this is a thinking person’s action title. 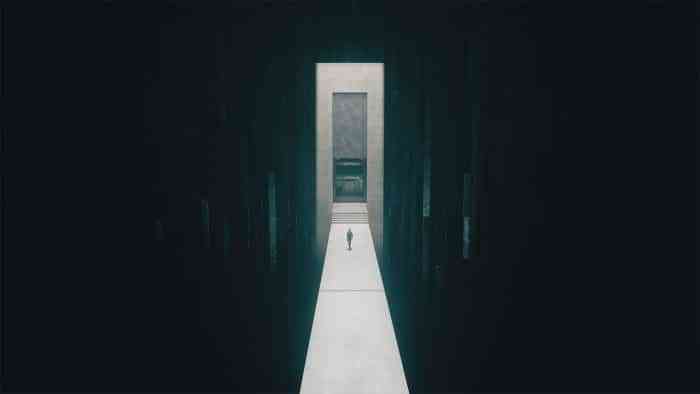 At its heights, it’s a fantastic balance of power and fragility. Unfortunately, there are few frustrating pieces of the Control experience. Visual indication of threats is poor, and the Astral Plane has an infuriating tendency to drop Jesse through apparently solid ground. The menu system desperately needs to have its organization reimagined, as it became easy to accidentally mark items as read as my list of documents grew. I also ran into a frequent problem where the map graphics wouldn’t load, and made navigation more difficult.

Even with its imperfections, the incredible design, storytelling, and gameplay chops on display boil down to this: Control is the best game Remedy has made, and it’s one of the most unique narrative action games out there. It’s visually jaw-dropping and the superpower combat is entertaining as heck, but it’s the paranormal adventure and stylistic choices that really make Control sing. Those already on board the Remedy train are going to be googly-eyed with love, but this is a provocative and cerebral story set to crown Remedy with superstar status.

**PS4 Code provided by the publisher** 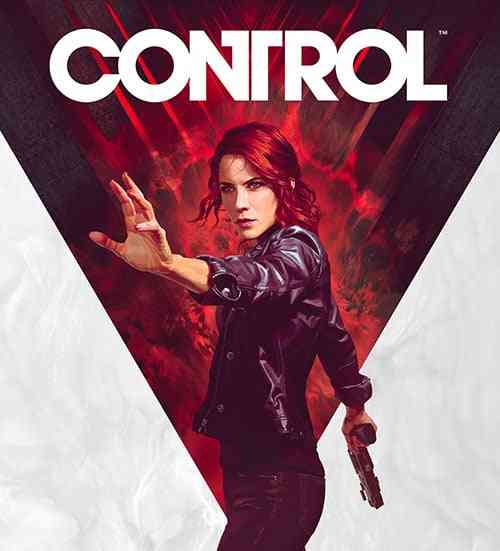