Every now and I then I come to a game with no expectations, and get completely blown away. Chained Echoes is a gift to JRPG fans. It’s an homage to classic 2D titles from the Super Nintendo and PS1 eras. And it’s a near perfect modernizing of all the genre tropes non-genre fans complain about. Chained Echoes is a late 2022 contender for Game of the Year, and a must play for all fans of 2D JRPGs.

The game beings with a teenager named Glenn being woken up by his mom. She says “Wake up. It’s time to get up Glenn.” My Chrono Trigger homage alarm immediately went off. Chained Echoes is a game that makes its inspirations obvious. Within the first couple hours I noticed direct references to Chrono Trigger, Chrono Cross, Final Fantasy IV, Final Fantasy VI, Tales of Destiny, Suikoden, Breath of Fire, Wild ARMs, and Ys. There’s probably some I’m forgetting, and probably some I missed. But the point is that Chained Echoes takes clear inspiration from a lot of beloved JRPGs. It’s a game made by a one-person team, who has studied the genre, and completed a passion project synthesizing all of their favorite parts of the genre. 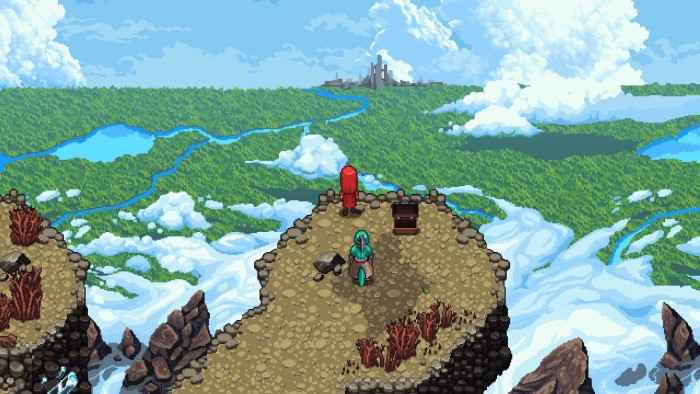 There are lots of protagonists in Chained Echoes, and there are hints early on that their POVs are not educated, and they are not necessarily on the side of objective goodness. It’s not even as simple as the war having three sides that are all wrong. Enemies speak of wanting peace, but feel that the governing system during peacetime is corrupt, and war is needed to upset the balance of power. These are very relevant, modern themes that aren’t normally found in retro games. I really applaud Chined Echoes for having an epic JRPG story of warring kingdoms, but not keeping characters, or situations, black and white.

Chained Echoes’ combat is turn-based at its core. Characters have options to attack, use skills, use items, or defend. What makes it unique is the Overdrive system. There’s an Overdrive meter, that when in the green zone, increases attack, and lowers skill cost. The key to victory, in Chained Echoes, is to keep the Overdrive meter in the green. Most actions move the meter to the right. All skills have an associated symbol, and each turn has a symbol that indicates which skills can move the meter to the left, and prevent the meter from moving too far right. Defending always moves the meter to the left. Every battle in Chained Echoes presents a decent challenge, and players won’t be able to mash attack through regular combat. I rarely used the attack command at all; only when trying to conserve TP (the equivalent of magic points or skill points). 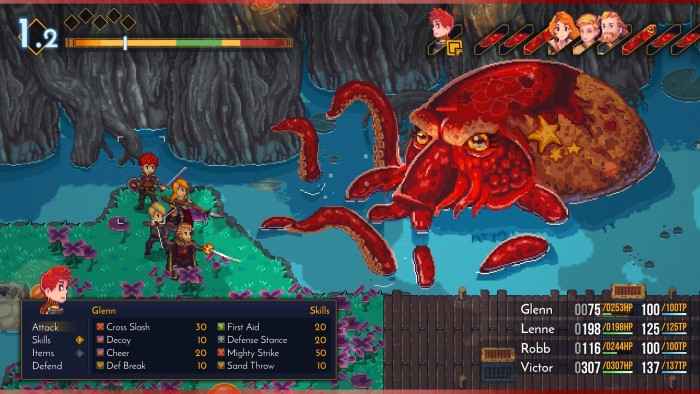 Chained Echoes respects the player’s time. There aren’t any random battles, and isn’t any level grinding. Battles happen at the same spots on every map. Levels aren’t gained either. Every boss battle yields a grimoire shard, which can be spent on learning new skills. Some skills are battle commands, others are passive abilities, and others are stat boosts. Each skill increase also comes with extra stat boosts. Regular battles award skill points, used to level up skills. These take a long time to accumulate, and don’t offer the same satisfaction that comes from level grinding. I know these systems offer solutions to classic JRPG complaints, but I don’t mind random battles and level grinding. Some players will love these new ideas though.

Chained Echoes includes some modernization not often seen in classic JRPGs. HP and TP are fully restored after every battle. There are markers on NPCs if you haven’t heard their dialogue. Autosaves occur all the time. A description explains every skill, buff, and debuff. All of these additions are welcome. In a lot of ways Chained Echoes reminds me of a Zeboyd RPG. 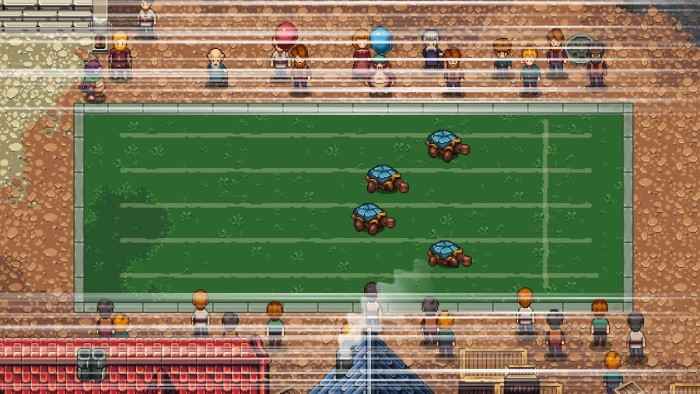 Just like a Zeboyd JRPG, Chained Echoes also has an excellent sense of humor. I laughed out loud quite a bit. Lots of items are just meant to be sold for gold, but they all have hilarious descriptions. An early one is called a boxing glove, and its description reads “It looks like a glove but it’s actually the testicle of the enemy.” Perfect. Another huge laugh I had was during a turtle race I was betting on. The music for the slow turtles’ race was jarring energetic heavy metal that sounded like no other music in the game. I did the race several times just to hear this joke play out repeatedly.

Chained Echoes looks and sounds beautiful. The music is especially fantastic. It has a great variety, while still sounding nostalgic and fitting for the JRPG genre. The pixel art looks great, with gloriously detailed backgrounds and bosses.  Colors are vibrant, and some of the designs are wonderfully intricate. My only complaint is about the character art and design. The character portraits have that common indie “child’s attempt at anime art” appearance, and I’m not a fan. The character portraits also lack the creativity of the rest of the game’s design. But, you know a video game is fantastic when your biggest complaint is the character portrait art. 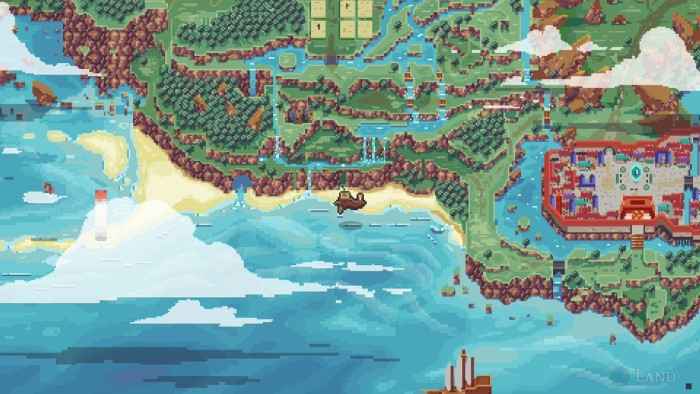 Fans of old school 2D JRPGs, who would like something made today that resembles the great Super Nintendo and PS1 classics, need to play Chained Echoes. It’s a wonderful game. It’s more ambitious than the common indie throwback JRPG, but has many of their modernizations. Every single element of Chained Echoes is full of loving attention to detail. Hopefully Chained Echoes is a success and we can see future projects from its creator. I’ve already ordered a physical copy.

Hits all the perfect nostalgic buttons 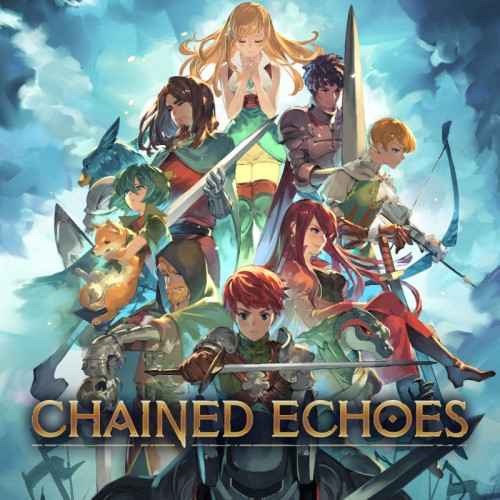