I’m not sure how to recommend Chrono Cross to a new player. This is a haunting, ethereal, beautiful game. The soundtrack is incredible, the story is engrossing, and the visuals are delightful. On the other hand, this was a dense, weird game when it first came out. The decades since have not made things any easier to parse, that’s for sure. While Chrono Cross: The Radical Dreamers Edition is full of new features and modern touches, there’s still some weirdness to navigate.

You play a young man named Serge, whose fractured fate puts him at the knife’s edge between two different realities. You’ll meet dozens of companions while solving this mystery, as well as a host of strange enemies. It’s hard to dig into the guts of story without spoiling things, so I won’t. Even if I did, you likely wouldn’t understand half of what I told you. If you’re into games with multiple endings, you’ll love Chrono Cross. Just get ready for some serious legwork to earn those endings.

On the subject of characters, you also can’t scoop up every party member on a single playthrough. If you’re a serious completionist about such things, you’ll have your work cut out for you. Even looking up guides doesn’t do much to minimize the challenge. This feeds into one of my serious complaints, regarding the bizarre difficulty. None of the solutions to the puzzles feel very intuitive. The design leans heavily on you having a notebook handy and endless spare time to fill it with data. The actual combat isn’t too tough, but it’s still incredibly confusing somehow. 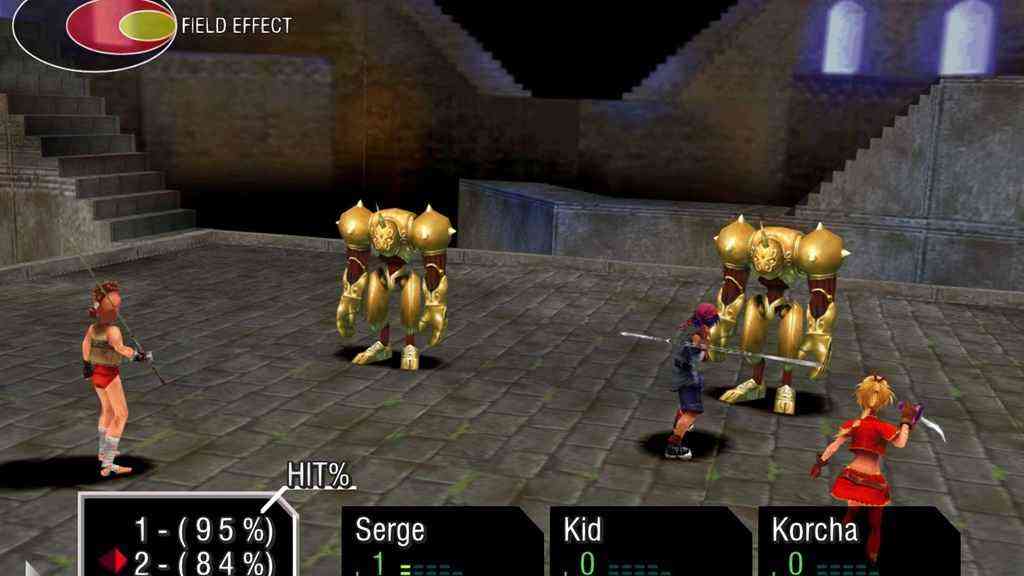 Regular attacks use a weak/medium/fierce system. But the odds of each hit landing change with every successive strike. And if you’re interrupted, you can resume immediately afterwards, but the percentages reset. Sometimes. Also you don’t gain levels in the usual sense, so level grinding is mostly pointless. But there’s still a lot of battles to get through. None of this holds a candle to the magic system, however. That involves carefully placing spells in certain slots, as well as shifting the colors of the magic field. Even after watching all the relevant tutorials, it still took me quite some time to figure things out.

The Mysteries of Battle

Once you get the hang of the mechanics, then the game’s real beauty shines through. Chrono Cross comes from a bygone era of painted backgrounds and colorful character models. Every scene explodes with colors, while still clearly communicating the emotional narrative. Things like twilight, sunsets, dappled woods, and deep shadow are all used to great effect. Now that the models have been remastered, the characters look even better than before, somehow. As lovely as the game looks, it sounds even better. 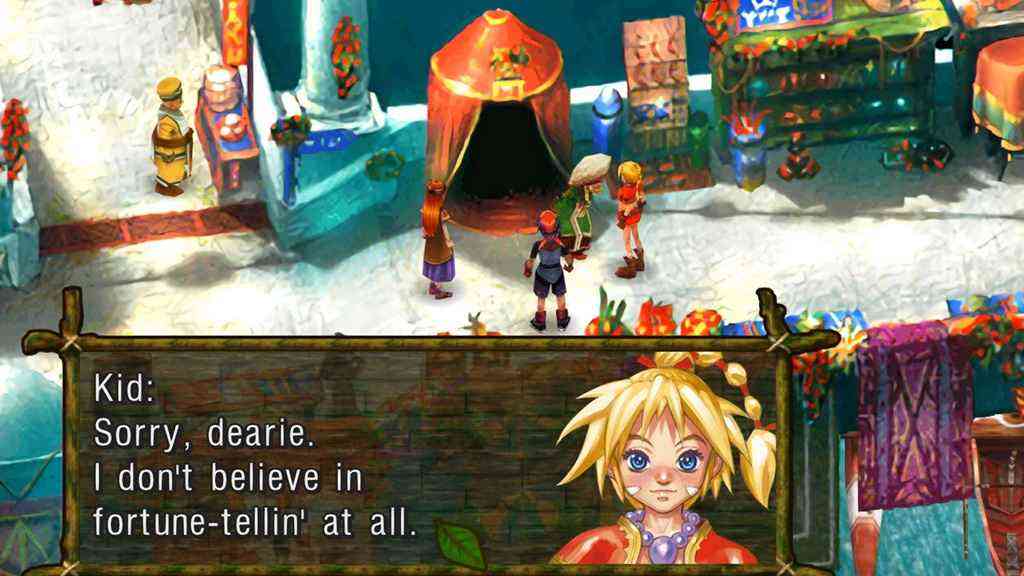 I can’t overstate the importance of the Chrono Cross soundtrack. Twenty years later, it’s still an absolute stunner. Every track is an instant classic. You’ll hear songs for the first time that seem immediately familiar. The soundtrack is available for streaming! Don’t sleep on these tunes! The music and the visuals come together to create an ethereal vision of a distant world. The overarching themes of islands lost in time will take you right out of your body at a moment’s notice. If I was marking this game for the music alone, it would be an 11/10, easy.

Speaking of ethereal experiences, this edition of Chrono Cross comes with Radical Dreamers, a long-lost prequel of sorts. Available for the first time in English, this is your chance to see what inspired the eventual creation of Chrono Cross itself. It’s a visual novel, albeit one with a lot of player agency involved. Certain details are different, but it still fits nicely with the main game. Although I was initially put off by the format, I was quickly sucked in by the plot.

A Short And Sweet Side Story

For modern players, this release is a double-edged sword. The game is dressed up with modern touches like auto-battles and speed adjustments, making fights move more smoothly. You’ve also got a robust auto-save system to keep you from losing too much progress to a foolish mistake. These are great additions! But the core of the gameplay is still rooted in old-school sensibilities. Story progression is unlocked via careful and constant wandering through the game world. Secret characters and cut scenes are earned through equally obscure strategies. In other words, if you’re not used to old-school RPGs, maybe pull up a walkthrough.

For all the flaws I’ve dragged out, I still love this game. The powerful music, the ethereal visuals, and the fascinating plot all deserve special attention. And yes, there’s a lot of weird, dense mechanics to wade through. But this just requires some patience and planning. To that end, Chrono Cross: The Radical Dreamers Edition isn’t for everybody. But if you’re looking for a unique 32-bit RPG that will stick with you for years to come? You’ll want to check out Chrono Cross. 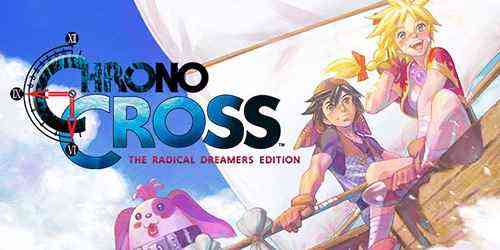