If you’re a fan of Contra games like Contra: Hard Corps then I have some great news for you! Blazing Chrome is pretty much another one of those action-packed, run and gun sidescrollers.

Much like those classic Contra games, Blazing Chrome is a game that rewards repetition, patience, pattern recognition, and learning. It’s a game that feels like it was made in 1994, got buried in a time capsule, dug up, and then released this year instead of a game that was designed in modern times.

I’m sure for a lot of people, the game I just described sounds like something that’s right up their alley. But for me? Well, my opinion of Blazing Chrome is a bit complicated. 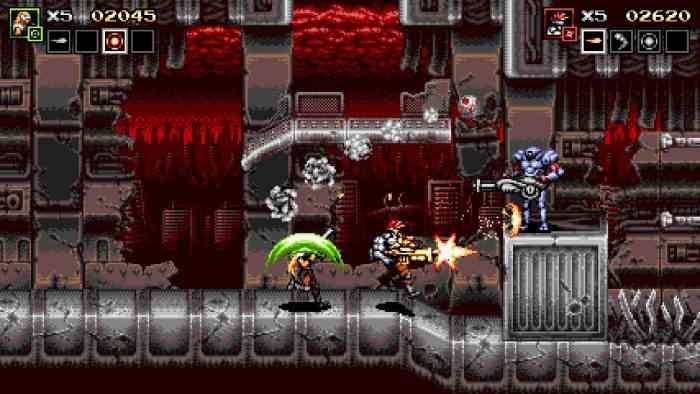 Blazing Chrome is set in a future where evil robots have taken over the Earth and it’s up to a band of brave resistance fighters to fight back for the planet. At the start of the game, there are only two playable characters to choose from: a human soldier named Mavra & a robot named Doyle.

Both characters have a formidable arsenal comprised of weapons such as a laser rifle, a very useful wave beam, a grenade launcher, and a default “pea-shooter” gun. Also, both characters can melee enemies, go prone, pull off dodge rolls, pilot mechs, and use robots as power-ups. The core gunplay was enjoyable and the movement was snappy and responsive (which is important for a game like this).

After beating the challenging six-mission campaign, two other characters (a ninja named Raijin and a part-robot soldier named Suhaila) are unlocked along with a boss rush mode.

When it comes to difficulty modes, it’s a pretty standard-fare offering. There’s an Easy mode, a Normal mode, and a tough-as-nails Hardcore mode. The game also has a co-op mode but, unfortunately, I couldn’t try it out during my review. 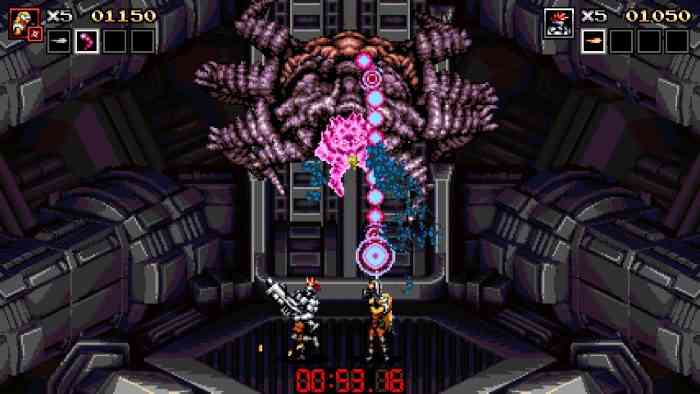 The gameplay loop of Blazing Chrome should be familiar to Contra fans but, since not everyone knows about Contra, I’ll provide a simple explanation of how Blazing Chrome works.

Basically, you go right and keep shooting enemies until you get a game over. This will likely happen near the beginning of the level because Mavra & Doyle can both die in one hit and don’t have a lot of lives. Then you keep trying and trying until you become familiar enough with the level, make some progress, and encounter a few bosses. You’ll likely die some more to those bosses until you learn enough about their attack patterns to defeat them and head to the next level. 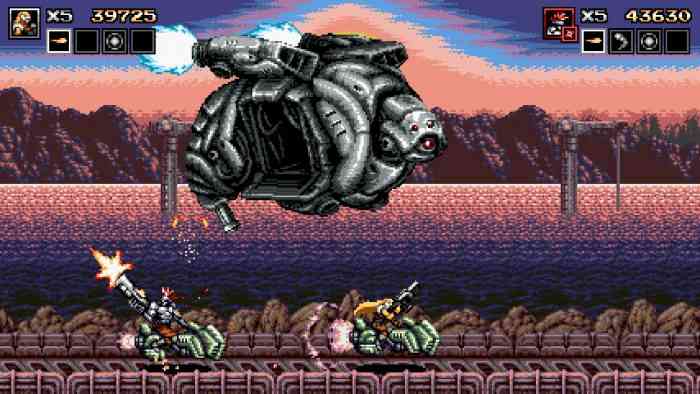 The main sources of my frustration were Blazing Chrome’s throwback trial and error gameplay, its checkpointing, and player characters dying in one hit. All these factors led to me repeating entire sections of levels multiple times since I kept getting stuck on bosses that I barely understood how to fight.

Since I encountered those bosses when I was usually pretty low on lives, I couldn’t learn the attack patterns well enough to win which lead to me dying and then having to spend a few minutes fighting my way through enemies just to get another chance to maybe understand how a boss works. The bosses themselves aren’t even that hard to beat once you can figure them out but getting to that point of familiarity often proved to be a real challenge.

However, I wasn’t always frustrated by this gameplay design. Sometimes, it felt good to learn a level so well that I could get through it much more easily than I did initially but, for the most part, beating a level in Blazing Chrome usually made me feel relief instead of accomplishment.

None of this is to say that Blazing Chrome is a terrible game. The run-and-gun gameplay felt great, I liked the over-the-top level design, the story was a neat throwback to a time when game stories were simple, and the bosses were memorable. I just wished the game wasn’t so frustrating to get through. 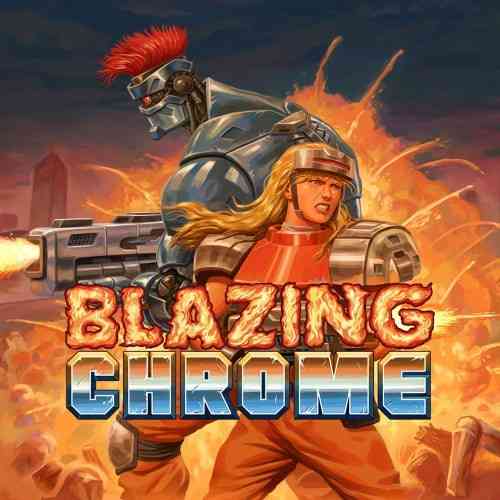