The best part about Penn & Teller VR: Frankly Unfair, Unkind, Unnecessary, & Underhanded is the absurdly long subtitle, which serves as an excuse for famed magician Penn Jillette to say “F. U., U., U., & U.” over and over again. It’s a smart joke that evokes a light chuckle every time it comes up. Everything else, unfortunately, leaves much to be desired. Simultaneously a pranking toolkit, a minigame collection, and a backstage glimpse into the minds of the duo, Penn & Teller VR strives to do too much without committing to any of its ideas, and the result is a noticeably disjointed experience.

The bulk of the fourteen “bits” consists of pranks to pull on unsuspecting friends and family. Using your VR headset as a distraction, they free you to cause scares in the real world. Pranks range from sticking plastic spiders on your victim, and replacing their controller with a wet clump of paper towel, to entering information on the computer. Live action tutorials by Penn & Teller explain how the pranks work. These in-depth, minutes-long videos dive into all the nitty-gritty details you’ll need to know, from what to say at key moments, to the optional props you can employ to heighten the effects. Here Penn & Teller display their showmen chops, selling even the most mundane instructions with admirable enthusiasm.

To help you prepare, the “chump’s view” allows you to experience each prank from the victim’s perspective, however, I found these pranks too unrealistic to execute. For example, in Virtual Roshambo you and the victim each get a controller, only your controller is rigged to auto-play and win every match. The gag is that you can, in theory, set down your controller, leave the room, and laugh at your victim while they remain in place, trapped in a series of unwinnable matches against the AI. In reality, the success of this prank banks on both your ability to sneak away silently and also your victim not conversing with you while playing, conditions that seem like a lot to ask for. From there, the pranks grow more convoluted. VR Prototype is one of the more outlandish bits, asking you to convince a victim that you have somehow developed a method for your VR sensors to track hand movements without the use of controllers. Quality Egg Control goes as far as requiring a full-sized table to function. Yes, a table in your VR play space – you can probably imagine why that can be a bad idea.

Will anyone actually fall for these tricks? I’m not so sure. First of all, booting up a game involving two magicians is bound to raise some suspicion. Even if you are able to fool someone, it’s unlikely these pranks will work on them again. Besides, are the punchlines really worth the effort needed to learn the bits and prepare for them in advance? Well, that’s for you to decide.

Not surprisingly, the bits that aren’t strictly pranks are the ones that work best. High Rise Grime Fighter is the highlight. Intense and atmospheric, this bit tasks you with cleaning windows as you scale a creepy high rise. Immersion Therapy Demo guarantees to freak out anyone with arachnophobia and You Be Houdini threatens to drown you in a locked box. These experiences are playable in single player and act more like minigames. It feels like a missed opportunity that there aren’t more of them, because they are far and away the most memorable. 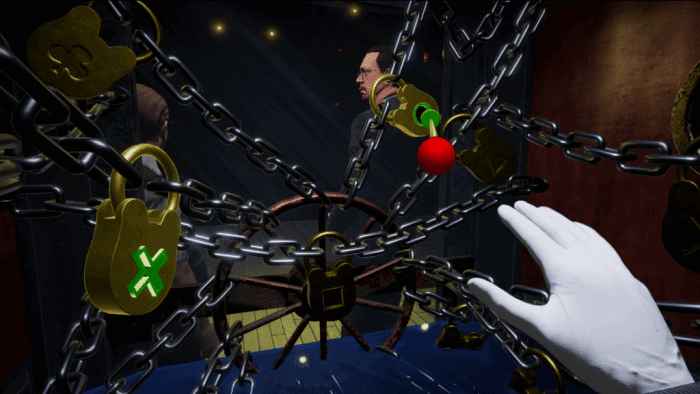 Those hoping for insight into how Penn & Teller perform their magic tricks will be disappointed. Only their cups and balls are featured, and even so, it’s the exact same version you can view on Youtube. There’s also a strange bit called Being Penn Jillette, in which you can read through the entirety of Penn’s favorite novel, Moby Dick, from his perspective.

Penn & Teller VR is a mixed bag. Its reliance on pranks, which are unlikely to come in handy unless you have access to some very gullible victims, severely limits its appeal. The minigames, while great, are too few to make a good VR showcase for when you have company over. For a game about magicians, it’s baffling that there isn’t more insight into how magic is performed. In fact, I expected Penn & Teller to pop up at some point and tell me that none of this is meant to be taken seriously, that it’s all a big joke on me, the player, but that’s not the case. As it stands, Penn & Teller VR will please only fans of the titular duo. 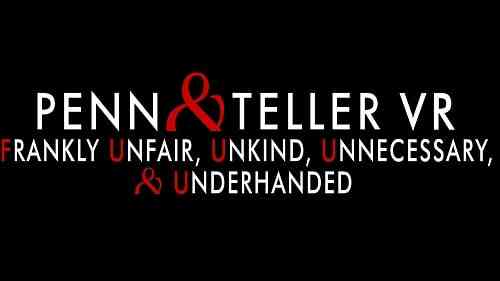