Maybe you’re like me, and still love to watch the movie Wall-E, with its cute little robot hero. Or maybe you really enjoyed the adorable army of mechanical minions from Astro Bot Rescue Mission. If so, you’ll love Biped, a neat little co-op adventure now on PC from NEXT Studios. It brings a satisfying mix of puzzles, hilariously awkward robot movement and (optional) co-op teamwork in one fun — if short lived — package.

You can play Biped solo if you wish. I tried it this way at first, and honestly I wasn’t loving it, especially in the beginning. With the computer mouse, you move your little robot by alternately right and left clicking while also moving in the direction you want to go. It is very slow, very awkward and a bit irritating, and I was ready to be very negative about this game if this was what I was forced to do the whole way through. Luckily, the awkward walking is only one small part of the game. Soon I learned to do lots of other things as well, like skate over smooth surfaces, float on moving tiles, and slide down inclines for example.

Bipedal to the Metal

As with most puzzlers, you make your way through Biped by solving blockages in your path, maybe by stepping on the right buttons at the right time, or avoiding moving blocks. The puzzles are pretty creative and of a nice variety, so I wasn’t bored with the experience even well into the game. There are also some collectibles sprinkled throughout the journey as well, tempting you to stray off the path and risk your life for that extra star or coin. Sure, the bipedal walking does come into play once in a while, but thankfully it’s only one part of what is overall a varied and consistently engaging experience. 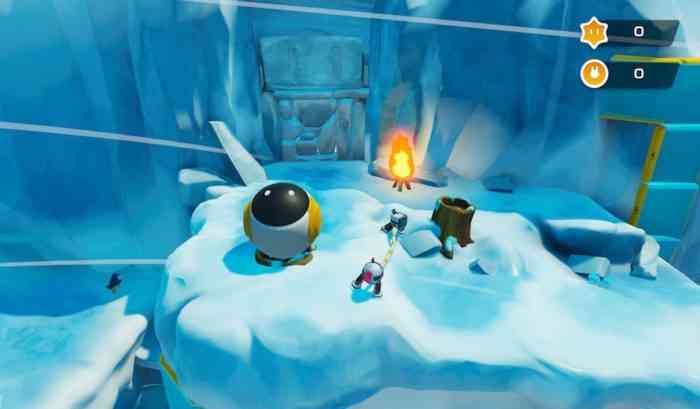 It’s in the co-op play with other humans that Biped really shines, though. I wasn’t able to get the online co-op to work, but I did play locally with my brother one time, and we had a ball. Having to coordinate your actions with another human, whose little spastic droid is equally as derpy as yours, makes for some truly hilarious moments. I’d like to say that my brother and I learned to become a tightly-coordinated team, playing our respective roles intuitively and smoothly, but alas we were the same hopeless robotic Laurel and Hardy at the end that we were at the start. And you know what? I wouldn’t have it any other way (and I sense that was what NEXT Studios had in mind as well).

In fact, I’d go so far as to say that you should only play Biped co-op with someone else. There’s just so much more to the game this way, with the level of complexity, and hence the fun, turned way up beyond anything the solo campaign can offer. Being tied together and having to swing across chasms, or having one robot rely on the other to step on the correct plate to help the other across, all the extra layers that co-op brings to the experience make Biped a vastly better game with other humans, and one I strongly recommend.

It also helped that the production values in Biped were pretty slick, as well. The visuals are colorful, and very inviting like a Disney animated movie. Dialogue isn’t spoken but the music is fun and pleasant, with lots of cute cartoony sound effects to enhance the action. There’s also a nice variety of environments too, such as forests or ice-bound winterscapes, so it wasn’t just the standard white rooms and hallways. I was genuinely surprised at the level of polish in Biped, which felt very much like a big AAA title from start to finish.

If there’s a downside to Biped, it’s that it is pretty short. My brother and I finished it in around 3 1/2 hours, and I think even some of that time was because we were a little bit drunk. That’s not a lot of playtime by most standards. Once your two characters, Aku and Sila, complete their mission to light up all of the Earth’s beacons and save the planet, it’s over just like that. In fact, Biped ends so abruptly and quickly, it’s actually a bit of a let-down after all the zany co-op. It’s the only major thing that mars what is otherwise a very impressive game.

But still, Biped is well worth a look, especially if you like cute, lovable little robots (and who doesn’t?). Grab your buddy, your sibling, or maybe get lucky and find someone online, and get ready for some crazy, chaotic co-op fun. This is one time where two legs are definitely better than four. 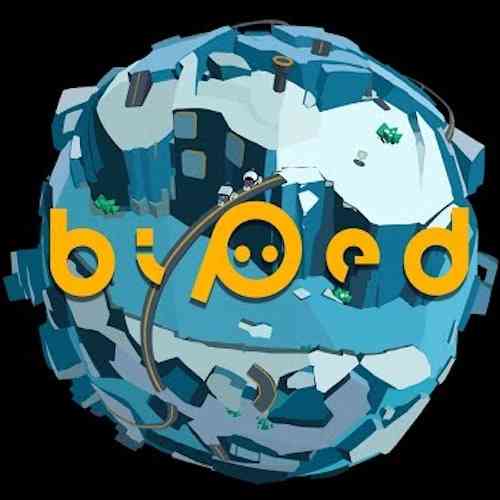 The Powers of Light and Dark Meet in Zorya: The Celestial Sisters