In the days of yore – the good old days, some might say – newfangled consoles came with a game to get you started. Sure, bundles crop up as time goes on, but the last console I remember getting at launch with a game in the box was the Super Nintendo. Imagine my surprise when Sony announced that Astro’s Playroom would be preinstalled on all PlayStation 5 consoles? I was shocked, certainly, but also immediately convinced it would be nothing more than a throwaway demonstration of the DualSense controller. I was wrong. Astro’s Playroom is a fantastic tribute to the history of PlayStation and an utterly grin-inducing love letter to the fun of playing games.

Astro Bot first appeared back in 2013’s The Playroom as part of one of the AR minigames showcasing the PlayStation camera. Astro’s first starring role was in PlayStation VR’s best game: Astro Bot: Rescue Mission. It’s a brilliant adventure that deftly wove in experiences that could only happen in VR. Are you detecting a trend, yet?

Astro’s Playroom is a demonstration of the DualSense controller, and the remarkable, medium redefining potential it has. Make no mistake, Astro’s Playroom is doing things that literally can’t be done anywhere but on PS5. It’s absolutely gorgeous, bursting with charm, and full of technical marvels only possible in this new generation. An ultra-sharp 4K 60 fps presentation for one, near zero load times for another, and what looks to me to be full ray traced reflections as the icing on top.

Vibrant, super saturated colours punctuate every one of the levels in Astro’s Playroom, which take inspiration from the PS5’s features. You’ll be ice skating in Cooling Springs and riding the SSD Speedway to name a couple. It’s not an education in console design or anything, but discovering the blades of grass are actually little silicon wafers is cute as heck. I was tickled pink in the GPU Jungle as a mountain sized GPU sang me a song. The level of witty whimsy Team ASOBI puts into their games is now second only to Nintendo, and the gap is – frankly – extremely thin. It made me feel truly happy, and that’s something we all need more of. 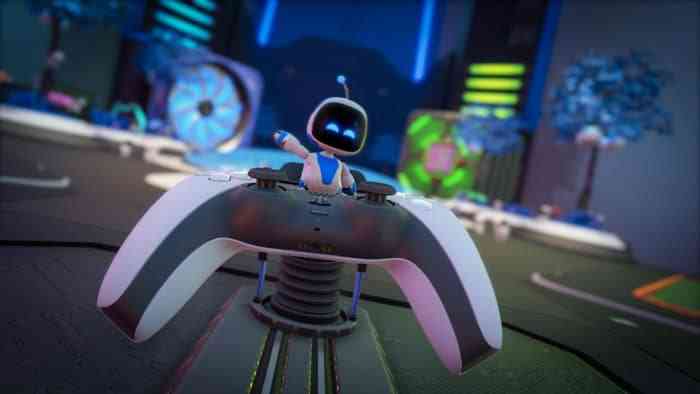 The history of the PlayStation brand is on full display in every level, as each area tracks one of Sony’s previous console generations. I won’t give anything away here, but just about every franchise that’s ever been important to PlayStation finds the spotlight during this adventure. Most surface in the form of Astro’s pals acting out famous scenes, and they’re a delight. Nostalgic, of course, but boisterously aminated too. PlayStation fans of all ages are going to love them.

It’s by no means a complicated game. You’ll control Astro in a variety of environments and situations, all of them with easy to understand and tack sharp controls. The level of detail is really the star of the show though, with each area becoming a true playground to mess around with. Kicking beach balls around, crashing through windows, swinging around trapeze bars, there’s a huge amount of diversity in what you’ll be doing in Astro’s Playroom. Nothing overstays its welcome, and most sections left me wanting to “do that again!” like a kid who just conquered the curly slide. 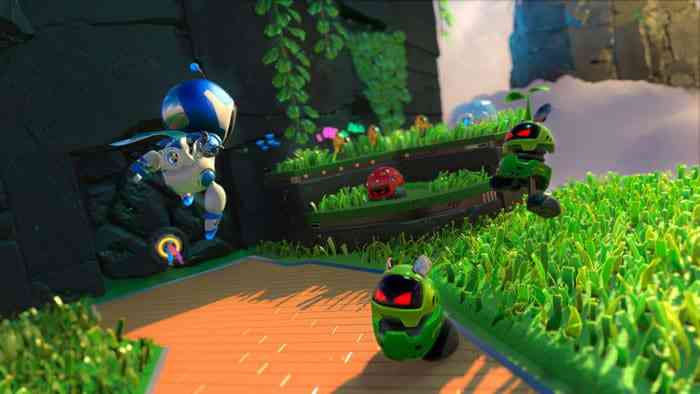 Changing How You Play The Game

Aside from giving me a few hours of unmitigated joy, Astro’s Playroom showcases the DualSense’s incredible technical chops. It’s the marriage of a few things that makes the implementation so convincing, and any written description of how it changes the experience of play is always going to fall woefully short. Still, I have to try.

DualSense is the single biggest change to playing traditional video games. Ever. Based on what I’ve played, that’s no exaggeration. You can feel Astro’s environment. Glass clinks. Snow crunches. You can feel and locate rain and dust hitting Astro, without looking at the screen. It’s preposterously granular, and I gasped aloud repeatedly. With each new sensation, I was baffled. How can this possibly feel so convincing? At least part of the equation is the synchronization of haptic sensations and sounds from the speaker. Being able to locate the sensation of a creaking spring in my hands and simultaneously hear it coming from the same spot elevates the realism to unheard of levels. Compared to the Switch’s HD Rumble? There’s no comparison. The DualSense is orders of magnitude more convincing. 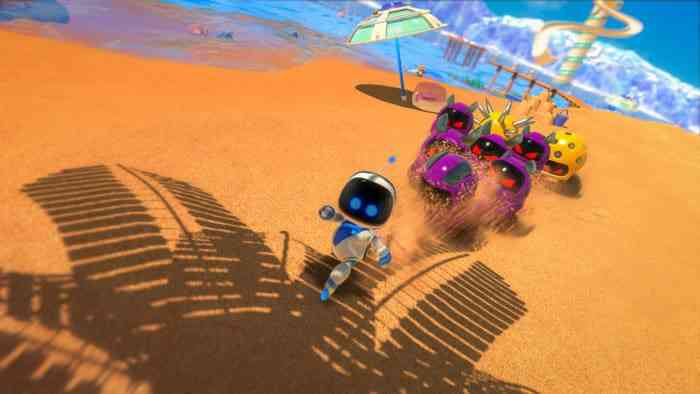 With my mind already completely blown, the other part of the equation hit me. The triggers. My expectation was low. Perhaps a slightly higher fidelity version of Microsoft’s impulse triggers from the Xbox One controller. No. No no no no. I distinctly recall yelling “holy shit!” at my TV, all alone, the first time I flew Astro’s little rocketship. The triggers bounced my fingers around in a way that made the ship feel powerful, but it also has a level of granularity that allowed me to learn to fly by feel. The amount of feedback the triggers can generate is really impressive, and how quickly they respond is bewildering. Astro’s Playroom is designed to showcase these features, but my head is spinning wondering how incredible Gran Turismo 7 might be with brake trigger resistance that breaks loose if your tires lock up, or how amazing it would be to have a bow upgrade in Horizon Forbidden West fundamentally change how the triggers behave.

Alas, Astro’s Playroom is only a few astonishing, magical hours long. There are lots of collectibles to go after and a leaderboard driven speedrun mode, but when I finished I was still hungry for more. And that’s kind of the only criticism I can levy against it. The way it leverages PlayStation’s history, I can’t wait to see what irresistible creation Team ASOBI comes up with next. In the here and now, Astro Bot has earned a place in my heart among the very best of PlayStation’s franchises. 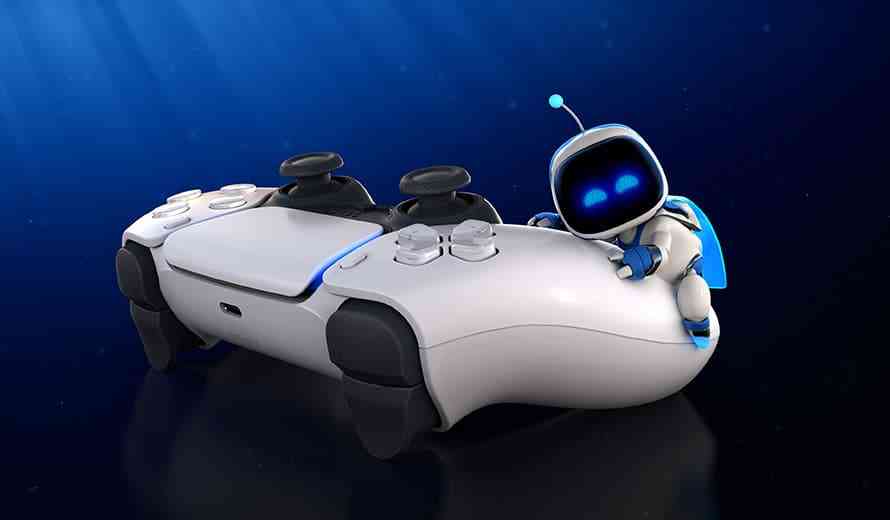