Battlefield 1: They Shall Not Pass Review – France’s Time to Shine

Battlefield 1: They Shall Not Pass Review

The first expansion for Battlefield 1, They Shall Not Pass, has arrived in a big way by bringing the French Army into the fray. With four massive new maps, a brand new behemoth vehicle, new weapons, and two new operations – Battlefield fans have a lot of new content to enjoy. It’s clear developer DICE did their homework for this expansion – but they also took some creative liberties as well. Is the expansion a worthwhile addition to Battlefield 1 or should gamers leave this in the trenches?

The meat of They Shall Not Pass is the addition of four brand new maps; all of which are inspired by the French Army’s contributions to World War 1. The first map is Rupture, a battle that takes place along the Aisne river. On one side, you’ll find relics of battles gone by and fields covered by beautiful poppies. In all honesty, my jaw dropped when I first saw the iconic red flowers covering the landscape – it truly was an awesome sight. On the other side are trenches and a raised hill overlooking the river. In the middle of the map is a massive (and destructible) bridge which will leave troops in plain view of snipers.

The second map, Soissons, is a sprawling area with homes and fields. The central area is a hill with trenches dug in. In World War 1, the battle that took place here had a heavy reliance on tank warfare, and this map is no different. This expansion’s brand new behemoth, the Char 2C, lurks in Soissons just ready to assist a failing army. The Char 2C is one of the largest tanks ever made – but remember how I mentioned earlier that DICE took some creative liberties? The Char 2C is one such liberty, as it wasn’t actually used until after World War 1.

The third map is Fort De Vaux, a map that takes place primarily indoors. No tanks or planes will be found here and snipers are essentially useless – making this map a great close quarters map. Fort De Vaux is filled with corridors with off-shoot rooms, so you’ll need to keep your head on a swivel or you might get stabbed from behind. With such close quarters fighting, it wasn’t uncommon to find large groups of soldiers battling it out and a well placed grenade could net you two or three kills with each ka-boom! Verdun Heights is the fourth map from They Shall Not Pass, taking place during the opening of the Battle of Verdun – one of the bloodiest battles in World War 1. It was at the Battle of Verdun where French General Robert Nivelle famously said “Ils ne passeront pas” or “They shall not pass” (the source of Battlefield 1’s aptly named first expansion). Verdun Heights doesn’t feature any vehicles, just hills, trenches and bombed-out buildings. Surrounding the battlefield is a massive wall of fire, as the forests around this battle burn. Verdun Heights proves that war is hell.

In addition to the four new maps are two new Operations; The Devi’s Anvil (which focuses on close quarters combat) and Beyond the Marne (which focuses on tank battles). There are a bunch of new weapons, including new melee weapons to piece together by randomly finding pieces in Battlepacks. In addition to the new behemoth, there is also the French tank, St. Chamond. And of course, what would an expansion pack with so much focus on the French be without the French Army, wearing their iconic horizon-blue uniforms adorned with that charming yellow cape.

“I’m happy to report that these four new maps are unique enough to justify the addition and definitely won’t feel like rehashed content.”

The brand new Battlefield 1 expansion “They Shall Not Pass” has a ton of content for Battlefield’s fans to enjoy. With a French theme, we get an opportunity to battle in areas that are iconic to the French World War 1 campaign. The most important thing for any sort of DLC or expansion is to ensure the content is not just “more of the same” – gamers want something fresh to continue their battles in. I’m happy to report that these four new maps are unique enough to justify the addition and definitely won’t feel like rehashed content. 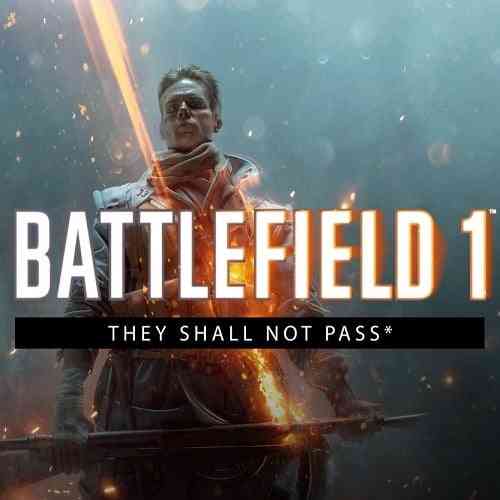 The Sims Franchise Has Officially Turned 20
Next 2Dark Review – Saving Children From Baddies, One Candy at a Time
Previous The Inner World Review – Bizarre, Charming, but Flawed