Battlefield 1 Review – Breathtaking, Raw and the Best Part; Not Broken

Why beat around the bush? Battlefield 1 is the best Battlefield game in a long time. It’s got a surprisingly emotional and poignant single player campaign and the large scale multiplayer is fantastic – retaining it’s identity while making some smart changes to gameplay. By taking the genre back in time to World War 1, EA DICE has delivered one heck of an intense shooter and proves that sometimes the best way to move a franchise forward is to revisit the past.

It’s been ages since I’ve been able to confidently say I’ve enjoyed a Battlefield single player campaign so I’m really happy that DICE have outdone themselves this time around . Not that the bar was very high to begin with but what makes Battlefield 1’s campaign stand-out from recent entries is its approach to story telling. Instead of focusing on a single hero or a linear path, Battlefield 1 opts for a prologue followed by five separate vignettes, playable in any order, each of which follow different characters and squads or in one particular case, a rebel, in vastly different scenarios. These stories all shine a light on the immense horror as well as the emerging technology of the time while focusing on smaller tales within the war. I found a great balance to the emotions elicited through-out the 6-8 hour single player campaign. My heart raced with fear as I trudged through mud, using stealth to avoid spotlights and quietly take out my enemies. I shouted with excitement as I took down a massive Zeppelin in a stolen plane and -ahem- stolen identity. And I reflected on the travesty and immense loss after the fantastic prologue that sets the tone for things to come. Battlefield 1’s campaign could have easily been another glorified look at war with unbelievable heroes but it actually handles its characters with an intimacy and respect that’s refreshing for the series. It’s not all covered in sugar, though. The first mission after the prologue is hampered by a slightly dull character and there is one particular moment involving a bird that could have been a highlight if it weren’t for some technical issues in the form of a janky camera and unconvincing animations. Each of the five vignettes offer not only hugely satisfying  variety but they actually serve as a tutorial for many of the tools you’ll require to succeed in multiplayer. Which really helps ease newcomers into Battlefield’s, at times, overwhelming 64 player battles.

“By taking the genre back in time to World War 1, EA DICE has delivered one heck of an intense shooter and proves that sometimes the best way to move a franchise forward is to revisit the past.”

Multiplayer is where Battlefield has always had it’s legs and Battlefield 1 delivers the goods with a few changes to the formula that make it a more balanced affair. Fan favorite modes such as Conquest, Domination, Rush, and Team Deathmatch all return with a gorgeous splash of paint but it’s ‘Operations’ mode that serves as the big new attraction this year and it’s pretty glorious, offering a wonderfully chaotic experience that also acts as a mini history lesson. In ‘Operations’ each team must rally together and secure capture points as the map continues to open up. Defenders either hold their ground or get pushed back on their heels in a constant struggle for the upper hand. These battle grounds are huge and offer all kinds of emergent gameplay as you fight across two or three locations in the span of one match. Each of these areas offers insight into the battles with facts of the actual event and even more interestingly, outcomes that may have come to fruition had history’s victors actually lost. The presentation overall is great.

Each area of of ‘Operations’ also has reinforcement options that pop up mid match such as a dreadnought ship that can fire massive rounds to unlucky foes on land, an armored train with intense heavy guns and a huge Zeppelin that floats ominously overhead, raining death from above. What’s more, all of these reinforcements physically change the battlefield through purposeful destruction of the land around them or when they meet their fateful, explosive end at the hand of the enemy. No two matches are alike as the battleground takes new shape each and every time. There’s no more scripted “levolutions”, everything is dynamic and Battlefield 1 is better for it. 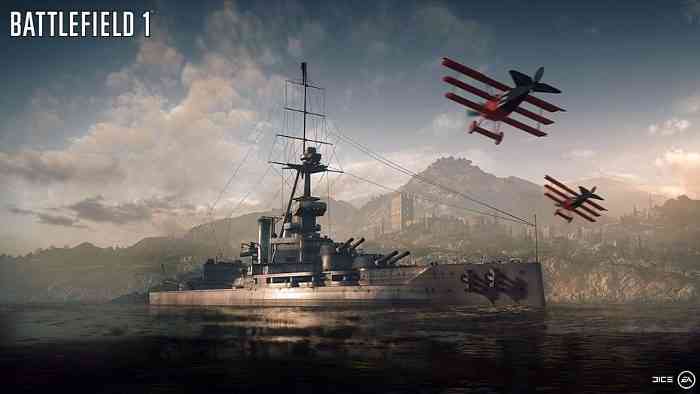 Some small but welcome gameplay tweaks help balance things out further. Marking or spotting enemies now takes a little more accuracy on the players part and the effect doesn’t last nearly as long as it does in Battlefield 4. This persuaded me to rely less on following dots on my min map and instead keep a keen eye on the horizons as I looked down the barrel of my rifle to track my targets. You can now spawn right into vehicles with vehicle-specific classes which streamlined re-spawning and increased the rate of securing a vehicle. The vehicles in general are more enjoyable than ever as well. In past Battlefield games, I’d more often than not joyfully get into a plane only to be blown up by a rocket a few moments later. In Battlefield 1, though, thanks to a shift in era and a lack of RPG’s and such, vehicles now feel more worthwhile to use. Offering longer thrills and more chances for involved strategies. Classes now have to work together in order to efficiently take down armored vehicles such as the A7V tank through a combination of anti-tank mines and armor-piercing bullets. And oh yeah, you can ride a horse into battle while swinging a sword. That never gets old.

Map design overall ranges from great to okay. The highlights for me being Argonne Forest and Sinai Desert. Argonne Forest offers a maze of bunkers in a dense forest and lots of opportunities for close-quarter combat and suffocating gas grenades. Sinai Desert is a large open space featuring a small village surrounded by control points that are dangerously spaced apart. It’s a snipers dream come true but also allows for some intense mid range combat as everyone ducks between the dunes in order to hide from snipers perched on a destructible stone ridge. 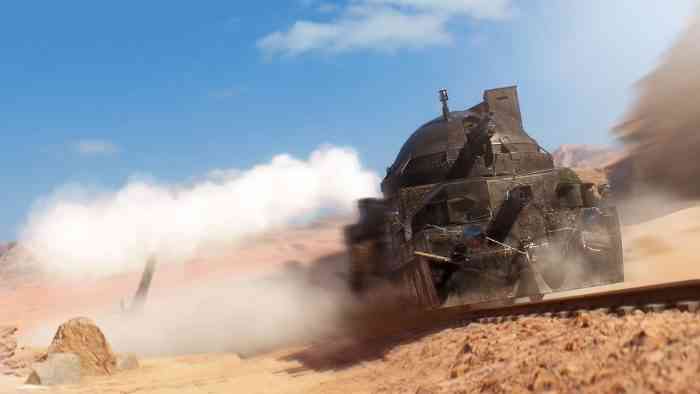 There’s a good sense of progression in Battlefield 1 when it comes to ranking up and earning war bonds (Battlefield 1’s new currency) which unlock new weapons to master. I also appreciated the more focused weapon customization. At first I was taken aback to the big reduction in weapon options thanks to pre-set load-outs, but now each customize-able part feels more worthy of experimenting with and it’s much easier to find a set-up that suits your particular play style. Less is more in this case and it didn’t take me long to forget how things were done in the past.

One thing that has always bugged me about Battlefield’s online portion though is what I feel are too few vehicles available at any given time and it’s no different here with Battlefield 1. With 64 possible players on a map at once, it would be cool to see more intense dog fights happening low overhead or to ride side by side on horseback with your whole squad. Especially with the vehicles all being so fun to use this time around. It’s a small complaint, though.

“For the graphics and audio junkies out there, Battlefield 1 impresses on nearly all fronts.”

For the graphics and audio junkies out there, Battlefield 1 impresses on nearly all fronts. Vistas are gorgeous even when horrific. You can almost feel the wet, cold mud as your chin drags through it or the heat of the sun as it bakes the sparkling desert sand under foot. Gas grenades billow and fill rooms in a hypnotic fashion and the orange glow of a setting sun makes for a spectacular backdrop during aerial combat. Weapons all look, feel and sound great. The crack of the sniper rifle will send a shiver down your spine and the way light pears through the fog, debris and dust always impresses but I found some of the lens flairs to be a bit distracting and unconvincing at times

With the Xbox One version, I experienced some framerate dips during a few visually intense moments and there was an occasional hiccup of lag during multiplayer, even when hardwired in but these rare moments never distracted from the fun I was having. 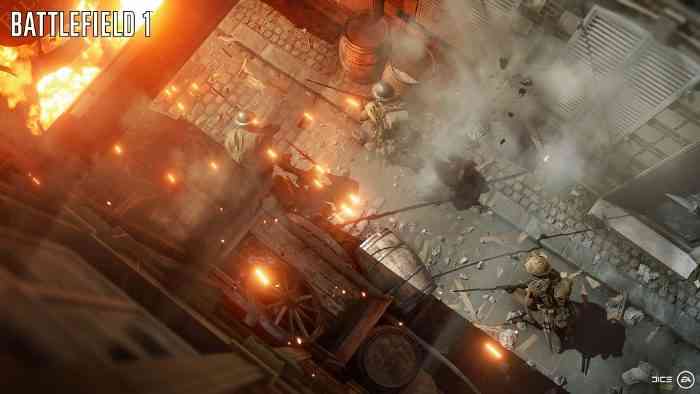 Battlefield 1 had a lot of hype behind it having one of the most liked trailers to ever hit YouTube and thankfully it mostly delivers on the promise of its early previews. With a great mix of trench and vehicular combat, an impressive and focused array of fun and archaic weapons, maps that dynamically change in natural ways, a fantastic new mode in ‘Operations’ and most surprising of all, an actually decent – if somewhat short – single player campaign, Battlefield 1 offers a fantastic package for shooter fans. 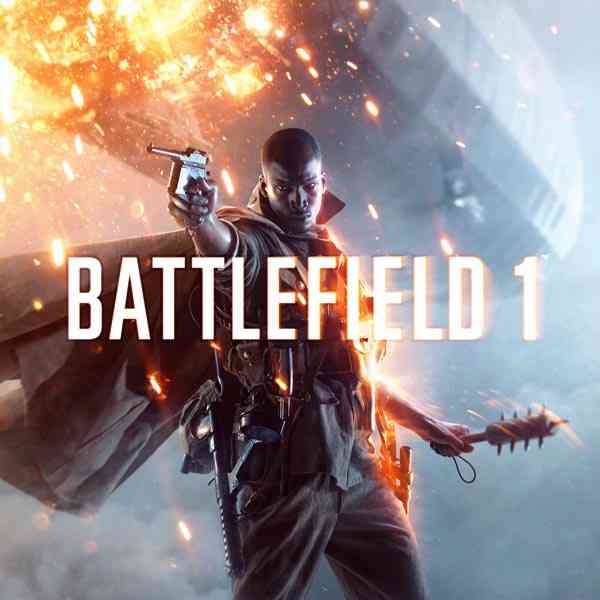 Battlefield 2042 Upcoming Event Is All About Close Quarters Combat