Batman: Return to Arkham Review – Another Day, Another Remaster

Batman: Return to Arkham is the latest remastered collection that you don’t need to buy but you probably will anyway. That isn’t a dig on the quality of both 2009’s Arkham Asylum and 2011’s Arkham City or the remastering effort put in by developer Virtuos. It mostly speaks to just how many updated ports of old games the Xbox One and PS4 have been privy to this generation. Needless to say, the trend doesn’t appear to be letting up any time soon and consumers appear to be eating them up. It is, at least, refreshing to say that Batman: Return to Arkham happens to be one of the better collections out there, even if it is missing the criminally underrated Arkham Origins.

Speak to pretty much anyone who has a slight interest in video games and they will most likely say that the games offered in this package are two of the best superhero games ever made. Coming back to Arkham Asylum was a delight, and I was surprised at just how immediately engrossing it all was. The vastness of last year’s Arkham Knight made me appreciate the more intimate setting of Arkham Asylum and its Metroidvania game design. Arkham Asylum also introduced gamer’s to its incredible free flow combat system that still remains unmatched to this day. Sure, Middle-earth: Shadow of Mordor came close, but the thrill of executing punches and mean beatdowns as Batman never gets old. It’s simple enough for anyone to grasp but there’s a significant amount of depth that comes about once you begin unlocking new moves and start fighting harder and smarter enemies.

“It is, at least, refreshing to say that Batman: Return to Arkham happens to be one of the better collections out there, even if it is missing the criminally underrated Arkham Origins.”

Then there’s Arkham City, a true testament of how to do a sequel right. The story is more interesting, the villains more exciting, and it has a more satisfying final act. Arkham City adopts a more open-world approach than its brethren, but it’s never overwhelming. Batman is equipped with more traversal options too, so getting across the city doesn’t feel like a chore. Arkham City is a phenomenal game through and through and an absolute must play, regardless if you’re a fan of the license or not.

It’s fair to say that both games look fantastic in this collection, with Arkham Asylum receiving the most attention. Batman’s suit looks more detailed than ever, the overall textures and lighting are given a complete overhaul, and all of this is thanks to porting the games over from Unreal Engine 3 to Unreal Engine 4. This does, however, bring some drawbacks. The Arkham games have always had a distinct gothic art style that embodied the world of Batman by blending comic book visuals in a realistic setting. Rocksteady Studios understood the limitations of the PlayStation 3 and Xbox 360 hardware at the time, and implemented workarounds to achieve their vision. Things like controlled lighting and motion blur not only hid technological shortcomings, but were also used to bring the world of Arkham Asylum and City to life. The remaster — while it does look much better — loses some of the moody darkness the series is known for by eliminating the blur and using a dynamic lighting system. It’s also much brighter all of a sudden, meaning imperfections stick out like a sore thumb when shadows were used to cover them up. 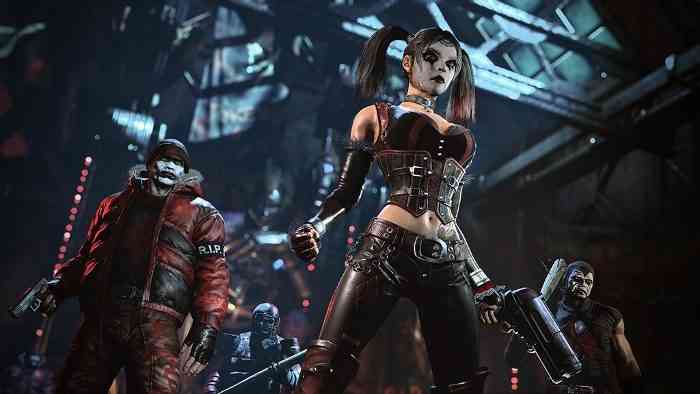 The biggest upset of all with Return to Arkham is the disappointing frame rate. The originals maintained a solid 30 frames per second throughout, so it’s a shame that these updated versions struggle to even hit that. It appears to be worse in Arkham Asylum, and I found it getting in the way during certain combat scenarios. It doesn’t completely hinder the experience, but it’s very noticeable coming from a series that have, for the most part, always put performance at the forefront. Even Arkham Knight, a game built from the ground up on Xbox One and PS4, rarely ever faltered in the frame rate department. It’s a shame then, that Return to Arkham wasn’t optimized to its fullest by Virtuous.

In addition to the strong 8-10 hour campaigns from both games, included is all of the DLC ever released. This actually benefits Xbox gamers to a degree since the Joker challenge maps for Arkham Asylum were never released on Microsoft’s console. The challenge maps and alternate skins aren’t much to throw a tizzy over, but for the Arkham beginners out there, it’s a nice addition to the set. 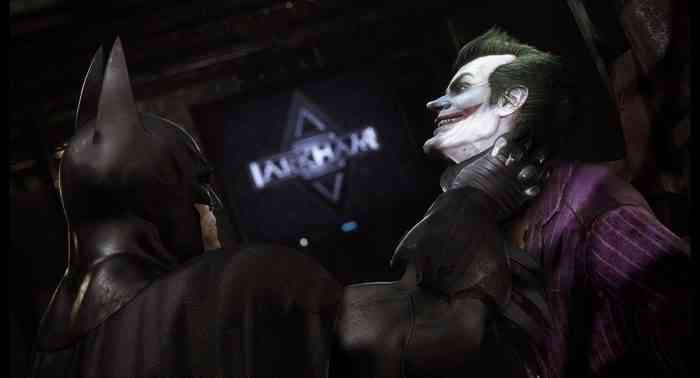 Putting two of the best superhero games ever made in a single collection with spruced up graphics sounds like a no brainer. Arkham Asylum and Arkham City are still wonderful games that everyone should play, and these updated ports look mostly better than the originals. The chuggy frame rate (particularly in in Arkham Asylum) is disappointing but it won’t ruin your enjoyment of either game. If you’ve played through both games already, there isn’t much here to warrant another purchase. On the other hand, Return to Arkham is still a great entry point for anyone that missed out on these classics. 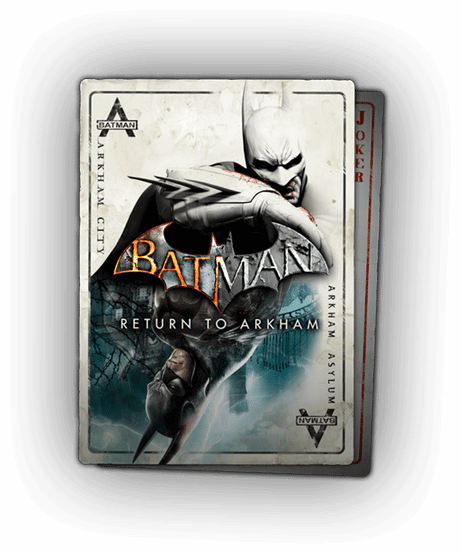