A good retro indie game will capture the spirit of what it emulates. More than just graphics, a proper retro game needs to evoke that ephemeral gameplay experience we all remember. Battle Princess Madelyn is Super Ghouls ‘N Goblins dragged howling into the modern age, too ornery for all but the smallest concessions and conveniences. If you have fond memories of Super GnG, Madelyn’s adventure will get its hooks in you immediately. Even without the rose-tinted glasses, there may still be enough here to convert you to the cause.

You may assume that Story Mode will be the more forgiving of the two game modes available. This is a half-truth at best. While the pacing in Story Mode is more relaxed, the power-up distribution easily makes up for it. I’d much rather smash through a more serious challenge with a huge array of skills right off the bat. Going hours without anything new is detrimental to my enjoyment at the best of times. On the other hand, Arcade Mode expects you to get through each stage without dying, which takes some doing. Your preferred course of action will depend on how intense you like your play sessions.

Retro gaming has leveled up over the years. We’ve gone from simple homages to perfect recreations, digital time capsules that make it 1992 all over again. Battle Princess Madelyn has every retro gaming element present and polished to a brilliant sheen. The music is a mix of blocky synth and orchestral finesse. The graphics are just, straight out of the early 90’s. Unfortunately, the challenge level is also perfectly retro. You’re never kicked back to the title screen, but each stage is loaded with mechanics and enemies designed to inspire frustration and despair. There were many hits that knocked me back into another hazard, effectively ending my run with a single mistake. Plus, many enemy movement patterns are seemingly impossible to predict at first glance. Patience is an essential virtue here.

Madelyn’s difficulty curve peaks with the boss battles. I died against the first boss a dozen times before discovering his minuscule window of vulnerability. More or less every fight is like this. For this reason, I cautiously encourage Arcade Mode. While there’s a lot more moment-to-moment fun that way, the stakes are raised crazy high during boss battles. It’s a fast track to achieving Ninja Gaiden-style adrenaline levels. Yet I never felt that sense of elation one gets from trouncing super-tough monsters. There just wasn’t anything like downtime to relax in. The bosses are broken up by equally challenging stages, so you never catch your breath. Nothing short of mastery allows you any sort of reprieve with this game. 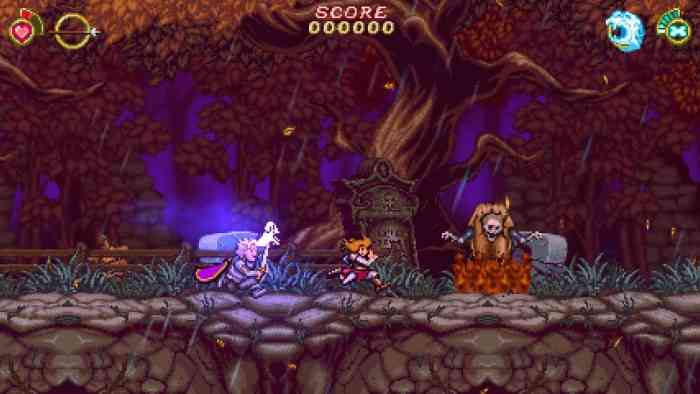 Although I’ve made a mountain of Arcade Mode, it’s simply superior to the story. The power-ups are scattered and stuck behind intense challenges. The magic skills are equally out of reach. You can do a lot of wandering around, all in an environment that doesn’t suffer any loss of focus. Meanwhile, the Arcade gameplay is tight, fast-paced and bursting with variety. You can scarcely make a mistake, but you’re tripping over new ways to fight on more or less every run. Then there’s the quests, which come with zero path-finding or organization, all for an uneven reward system that’s stuffed with pointless collectibles. Ultimately, a lot of Story Mode’s content feels superfluous. The best parts of this game are all crammed in the Arcade section. Between the two paths, I choose the more straightforward one. Unlike the Story Mode, Arcade respects my time, which I’ve come to truly appreciate.

Bask In That Arcade Glow

Great games are challenging, but therein lies the trap. It’s not enough to be hard, a game has to be approachable and satisfying, as well. Battle Princess Madelyn mostly succeeds on this front. Arcade Mode kicks your ass while showing you exactly how it happened. With practice, you can overcome anything this game throws at you. The checkpoint system interrupts your rhythms, but there’s enough wiggle room that you’re never starting from scratch. Story Mode has all of this, with a lot of extra questing and exploration added on. For me, this only drained my enthusiasm for the game. I spent a lot of time hunting for a given hurdle, only for my stored memory of that section to evaporate by the time I arrived. This led to a lot of unnecessary repetition. Yet the bosses made this same repetition a calming, essential activity. For every part of the game I slammed up against, it was bookended by some excellent moments. While not always clearly defined, Battle Princess Madelyn is still a damn decent excursion into the storied history of 16-bit platforming. 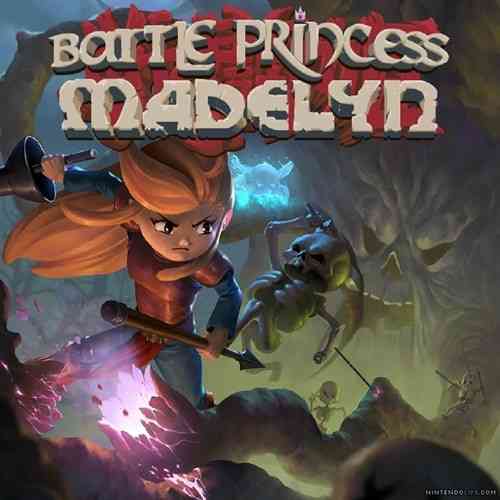 Street Cleaner: The Video Game–the Game Adaptation of an 80s Action Flick That Never Was

After 10 Years, Ghosts ‘N Goblins Resurrection Is Coming Out