You know whether or not a narrative driven game is your thing or not. There is nothing in this Batman game that will change your mind about Telltale Games. This is a Telltale game through and through. You are herded along down a linear narrative with the periodic prompting to flavour the journey by choosing different – and sometimes seemingly opposing – actions or dialogue choices. These choices will marginally alter the game narrative but everyone will end up at the same end. Two play throughs of Batman: The Telltale Series – Episode 1: Realm of Shadows with opposing choices brought me to the same first chapter narrative conclusion.

Check out our full video review:

Telltale faced a tough task when they took on adding Batman to their stable of games. The character has enjoyed great success in the Arkham series from Rocksteady Studios. Those games contained narratives but are structured in a much looser manner and allowed the player to control the pace at which they proceed. In those games the player very much viscerally becomes the Batman.

“The production values of the game are excellent with character models and environments rendered in great detail.”

In a Telltale game you are much more a viewer than a participant. Telltale employs several control schemes to try to bridge the gap between the Arkham type of games and their brand in several ways for the combat sequences. In the version provided for review, most action sequences involve key presses or combo key presses that fill up a Bat-meter. Once the meter is filled the battle is over so this allows the player to miss an action or two and not blow the sequence and have to replay the whole fight over again. Note – with a keyboard I found combat very difficult and switched over to using a joypad which removed my frustrations. In one intriguing sequence you are required to scout out enemy placements and map your plan of attack in advance. So you get to be a stunt choreographer/director. It was cool to see your pre-planning play out like a movie sequence.
The game also promises to delve into the detecting sides of things more and through the use of various Bat tools, you piece together crime scenes and clues by examining, scanning, and linking evidence. One location lays out some interesting and gruesome clues for Batman to piece together leading to an interrogation sequence where you have the choice of going all dark or playing it more sane.

The production values of the game are excellent with character models and environments rendered in great detail. Batman’s comic book origins are leveraged beautifully to give a game that generates three dimensional depth to the images. Going in hand with that is a stellar voice cast that includes a near unrecognizable Troy Baker as Batman/Bruce Wayne. He takes his voice down a couple of octaves and through the use of voice modulating gear built into his Batsuit goes even lower. Fortunately he never descends into the undecipherable Christian Bale growl of the Nolan movies. 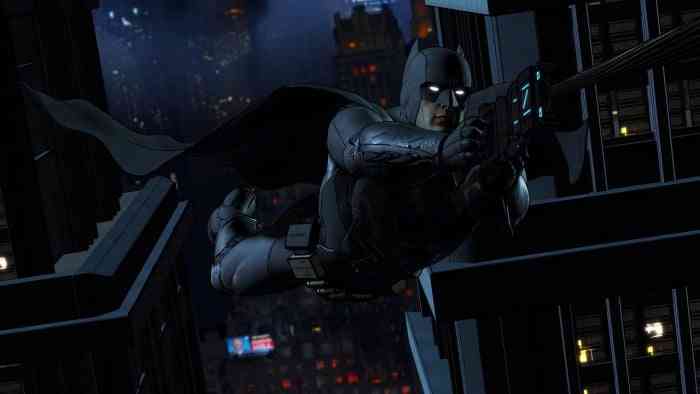 Shadow of Realms is very much an introductory narrative table setting exercise. It takes place very early in the Batman time line at a place where he and Lieutenant Gordon have yet to establish a relationship. The cast of characters also includes a pre-Two Face Harvey Dent, Catwoman/Selina Kyle, Vickie Vale, Oswald Cobblepot, mobster Carmen Falcone, and, of course, Alfred. Given the longevity and history of the character the game storyline cannot help but feel familiar.

Telltale spices things up by slightly reconfiguring the established relationships between Bruce Wayne and the characters. They also promise to delve more into the Bruce Wayne character. You may find that a good or bad thing. By the end of the first chapter the history of the Wayne family is called into question and leaves us with hanging questions that are dramatized by an angry confrontation between Bruce and Alfred. 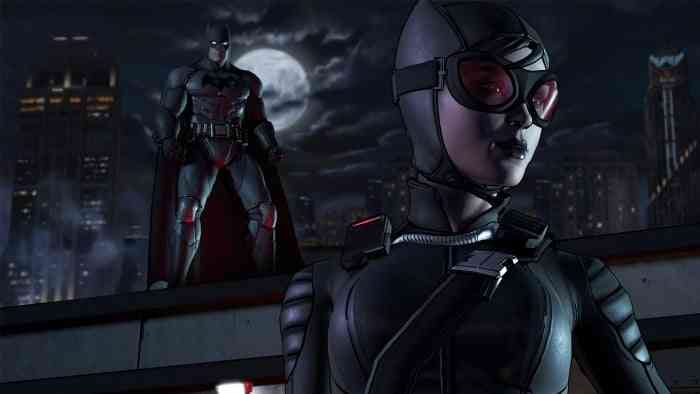 Technically the game has had a few issues with the PC version having to do with video drivers. I experienced such issues myself but Telltale has been releasing a steady stream of patches to address those problems. The game runs fine on my rig but I do notice screen tearing during panning shots which appear to be game engine related as my GTX970 certainly has ample muscle. Cloud saves were not working the first day or so but are now fine. One area still experiencing issues are behind the scene videos. The encoding is horrible and the half hour clip keeps crashing. Hopefully this will be rectified going forward.

Batman: The Telltale Series has tuned their game playing mechanics to entice Arkham acolytes to their more interactive story telling type of gameplay. Despite feeling like its treading over familiar Batman lore ground, the game has set up an intriguing story line and I am invested enough to be willing to experience more. 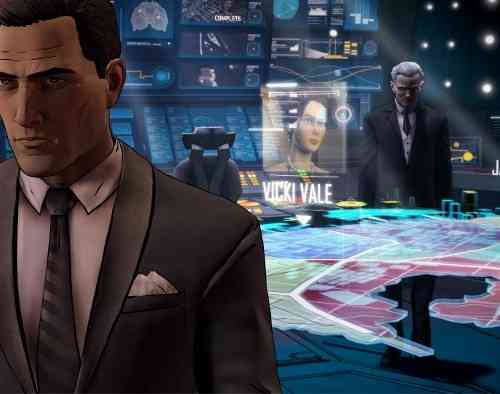 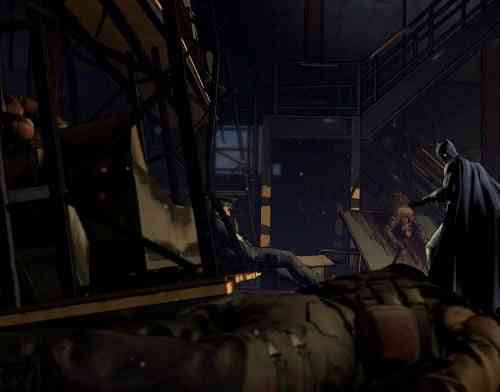 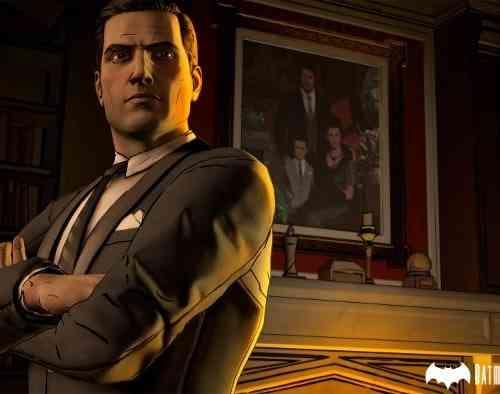 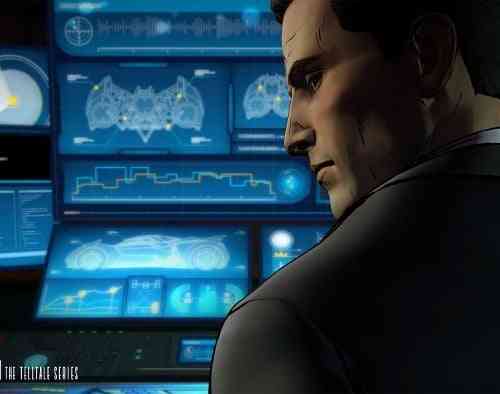 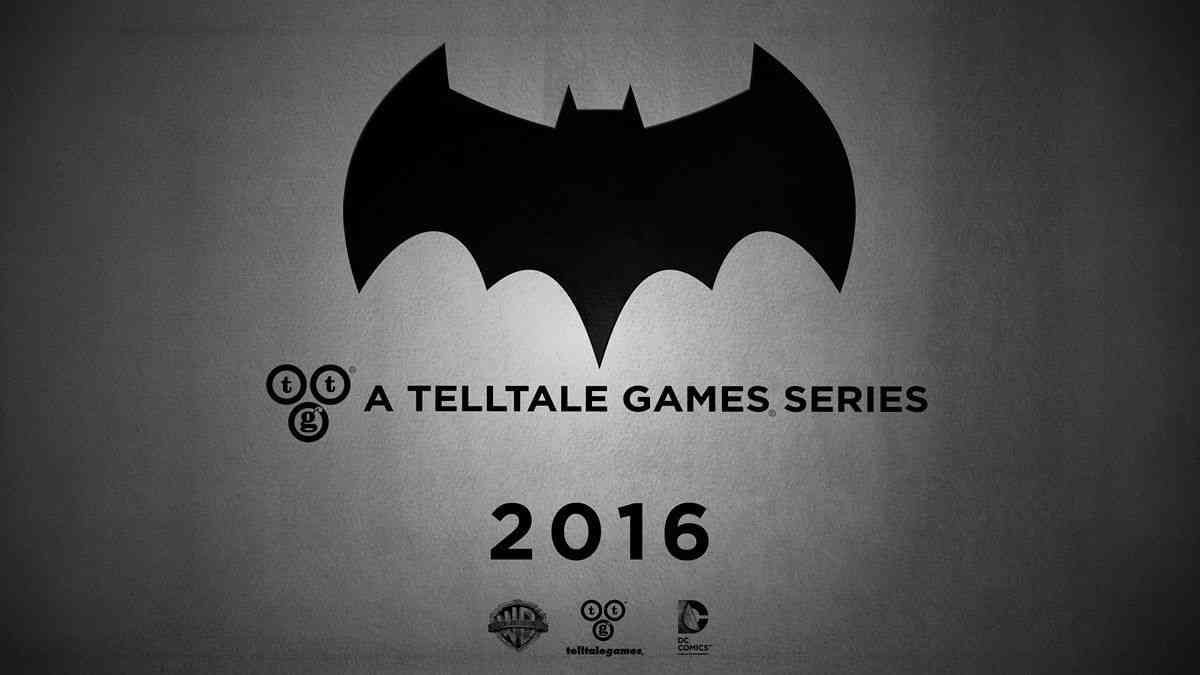