In an ever growing market of bigger and better products for entertainment and more powerful video game consoles to pump out AAA experiences, we sometimes overlook the necessary interface upgrades needed to truly have the best escape possible. While Xbox has been undoubtedly monopolizing the market on controllers and accessories, a new challenger has stepped on the side of Sony with the Astro C40 TR controller which brings the A game not only to the market but to you the player in terms of refined control and immaculate quality.

After opening the box and unzipping the hard protective case, I saw the Astro C40 staring back at me, gleaming with potential. The durable rubber grips feel of a higher quality than I expected and even after hours of continuous gaming they never once felt warm, sweaty, or anything other than comfortable. I have somewhat smaller hands that make the PS4 controller a better fit for me than the Xbox controller and while the Astro C40 is definitely bigger, it took no time at all to feel right at home.

You Just Swap It Out

I immediately began tinkering with the core mechanic of the controller; it’s modular capability. Taking the faceplate off is quick and easy, and moving the joysticks and D-pad from spot to spot is effortless. I was initially concerned about trying to line up the red line perfectly for optimal connection but it falls easily in place with magnets. I also thankfully had no issues with stick-drift that others had mentioned before, and in truth of the multitude of times I changed their positions I didn’t once get stick-drift. The faceplate slips right back into position with the screws attached to the plate itself. the entire process took less than 30 seconds. In fact, I would often be mid-play and simply pause my game and swap the sticks to see what felt good at the time. 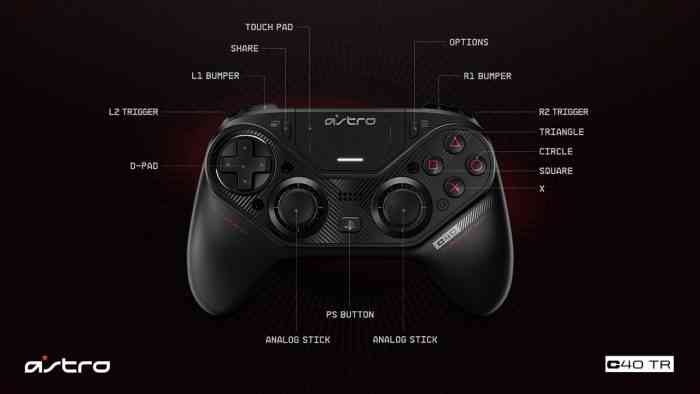 The various joysticks give a ton of options to try, and truth be told no one configuration is really the best for every game but the controller lets you find the best layout for you. It is a joy to try different combinations and realize how much better a game could be with the right setup. The convex thumb grips – while feeling nostalgic for the PS1 era – simply couldn’t match up to the concave grips for me, but that is entirely a personal preference. Speaking of modular options on the fly, the Astro C40 has individual Trigger Stop switches on the back within easy reach to turn the L2 and R2 triggers into highly responsive hairline-triggers. For games like DOOM, this made for even faster combat, whereas using a bow and arrow in Assassin’s Creed Odyssey it felt more immersive to have the full range of motion when notching an arrow – although I left the hairline turned on for drawing the bow itself. Each game I played I found myself using these trigger stops for various combinations to see what gave me the best experience and there was so much to try. 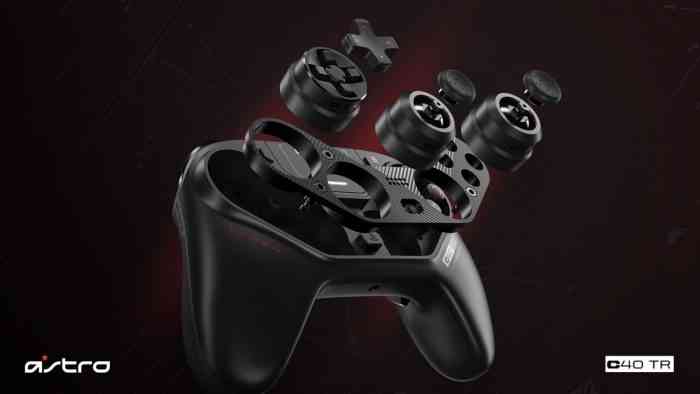 A number of elite or specialty controllers out there feature additional programmable buttons and paddles. The Astro C40 includes two large, easy to reach paddles on the underside of the controller called UL and UR. With the additional size of the controller, I found it easiest to map these to L1 and R1 respectively, particularly for games that rely on the shoulder buttons heavily. It was also very easy to remap these paddles with the button on the underside of the controller rather than having to plug it into a PC and go through menus to make the changes. The Astro C40 is said to hold at least a 12-hour battery charge and even after days of playing in wireless mode the controller was fine. I tend to rely on the indicator in the PS4 menu to see the battery percentage, however, the Astro doesn’t register its charge here, and while I appreciate it can be played either wired or wireless with a USB receiver it also means dedicating one of your USB ports exclusively to the controller. I use an external hard drive for my PS4 and I like to keep my Dualshock 4 charging, so USB space is limited.

The Mothership Has Landed

I would also like to note that the Astro C40 is incapable of being used to turn the PS4 on, and while I understand that it isn’t a specifically Sony produced product and as such doesn’t carry that kind of tech, it is a minor inconvenience we have otherwise grown accustomed to. I did notice an odd omission with the entire package itself; while it comes with every accessory you need to protect the controller, swap the joysticks, all of that stuff, it also has a spot to keep a dish input that replaces the D-pad but does not include the dish itself. On their website, you can order and replace every part the controller ships with if needed and buy the aforementioned dish, but at the time of writing it is the single accessory for this controller that is not packaged with it. I don’t understand why, but there it is. 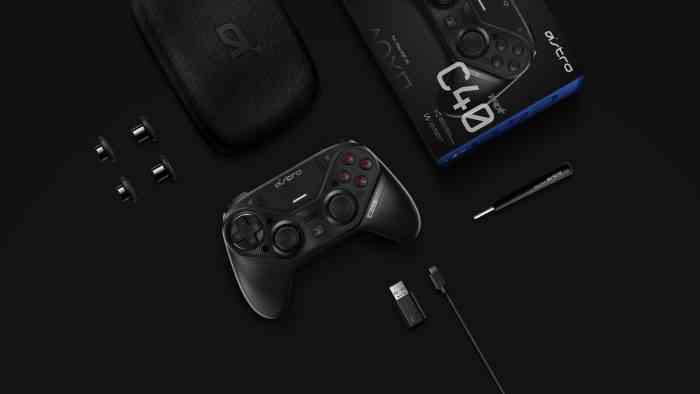 The Astro C40 TR controller not only challenges but surpasses other elite controllers. With a plethora of customization options that may be standard on other expensive accessories, the option to save two loadouts directly on the controller and swap them with the flick of a switch, the quick remapping of the paddles, and of course the mind-blowing modular functionality of the controller coupled with a sturdy structure and incredibly comfortable grip even for smaller hands makes this an absolute necessity for the discerning gamer that wants to take their gaming to the next level. Trying out different combinations is fun and easy as you realize just how much better your experience can be with slight modifications to the controller. It promises a high-quality experience and the Astro C40 TR delivers it in spades, with it’s few flaws being minor inconveniences at best.

***Controller provided by the developer*** 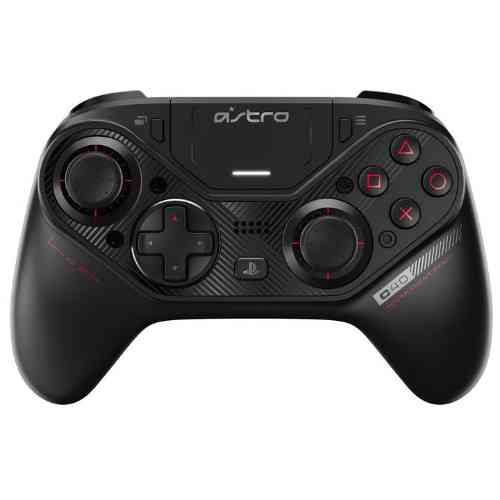 Astro Is Coming to the PS5 With Astro’s Playroom
Next Steel Rats Review – Charming, Stylish, But Needs a Tune-Up
Previous Everybody’s Golf VR Review – A Stripe Down The Center of the Fairway