When the trailer for Tiny Tina’s Wonderlands dropped at E3 2021, a lot of people took notice. I sure did. I’m a big fan of Borderlands and its particular take on the shooter genre. I also love the art style, and the franchise’s snarky sense of humor. I was thrilled to get a sneak peek into the upcoming release via a limited hands-on demo.

The character of Tiny Tina — a sassy 13 year old demolitions expert — is an NPC who has appeared in multiple Borderlands games. A very entertaining chapter of Borderlands 2 DLC called Assault on Dragon Keep featured Tiny Tina. Voiced by the stellar Ashley Burch, Tiny Tina is a dungeon master in a D&D-type roleplaying game called Bunkers and Badasses. Burch narrates the game and voices a number of characters. Tiny Tina’s Assault on Dragon Keep is hilarious and definitely worth playing as you wait for Wonderlands. It’s now available as a free, standalone game. 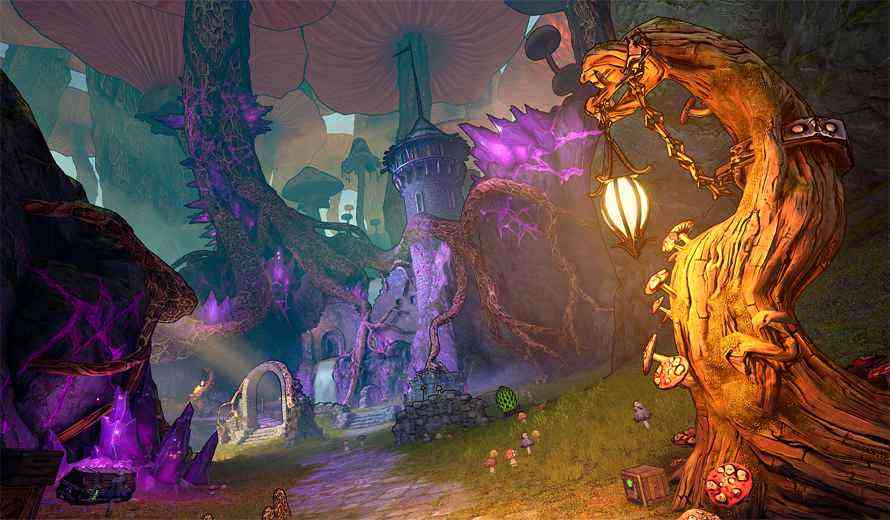 Tiny Tina’s Wonderlands takes the game-within-a-game and turns it into something really special. Imagine a hybrid of your favorite fantasy RPG, blended together with Borderlands weaponry and visual panache. Add a generous amount of self-referential, fourth-wall breaking humor and the result is Tiny Tina’s Wonderlands.

Unlike Assault on Dragon Keep’s pre-made characters, Wonderlands will start with fully customizable characters. There are six classes to choose from. In the demo, I had the choice of playing either a Graveborn or a Stabbomancer. The Graveborn is a magic user with a Demon-Lich companion, and the Stabbomancer is a fast-moving assassin rogue-type. Both were a blast to play and required different approaches to combat.

Whatever character you roll, you’re not locked into a class, because you can mix and match abilities. Wonderlands will include the ability to make multiclass characters, allowing you to develop them across multiple skill trees and even have more than one companion.

If you’ve played a Borderlands game, you know what to expect from the combat. It’s fast, colorful and includes not just guns but elemental magic and spells, which are available to all character types. In true hack-and-slash tradition, random ammo and loot drops are abundant — or at least it was in the demo. Gear is color-coded by rarity, so it’s easy to figure out what’s worth picking up. There are amulets, ring and wards, which act as magic shields. In a first for Borderlands, there are melee weapons too. 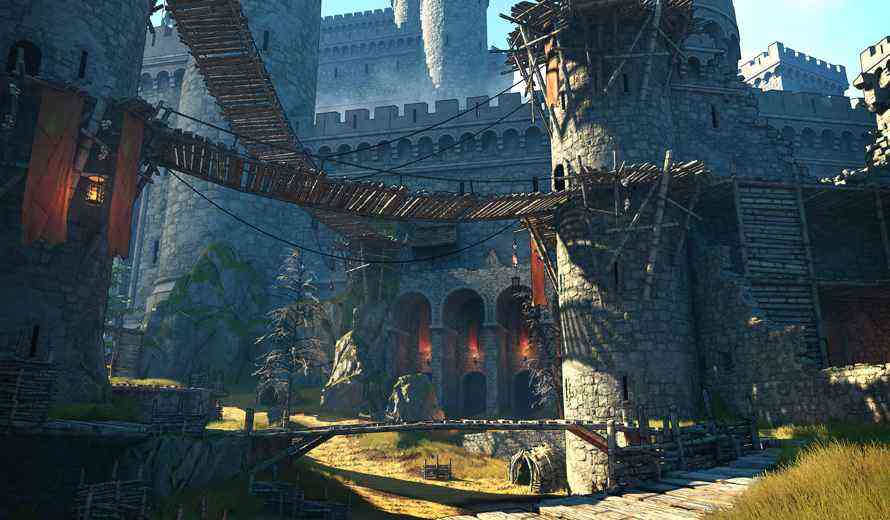 Even in the short demo and playing a premade character, it’s clear that Wonderlands’ combat will be challenging, fun and flexible. Wonderlands includes dozens of enemy types, from mobile shrooms to goblins, trolls and land-roving shark-creatures. I can’t wait to see what surprises are in store.

True to tabletop game form, the campaign pits the player — called the Fatemaker — against a big bad called the Dragonlord. Although we didn’t get to see it in the demo, the third-person overworld map is filled with random encounters. Dungeon mastered by Tiny Tina, your single player or co-op party sets off on a long adventure filled with beefy main quests and rewarding side quests. Fast travel mechanics are part of the game, along with a wide range of collectables to discover.

I had the opportunity to journey to Mount Craw and play two quests. The “Goblins Tired of Forced Oppression” included engaging combat and puzzle solving, and featured a laugh out loud story of goblin politics. The second mission was “The Slayer of Vulcaner,” and there were a couple of short side quests as well.

I came away impressed. The game’s writing and voice acting is a mixture of subtle and broader humor and is very entertaining. Borderlands has always featured talented actors like Will Arnett, Wanda Sykes and Ashly Burch, and Wonderlands continues the tradition. The cel-shaded visual design is like nothing else in games, and in Wonderlands, the artists have outdone themselves. The world and characters are more colorful and detailed than ever before. The aesthetics are a perfect match for the fantasy-RPG content. 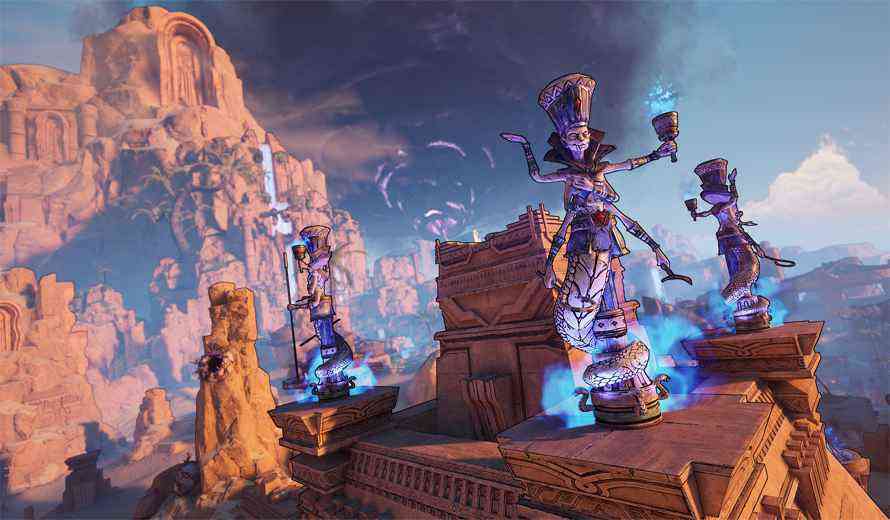 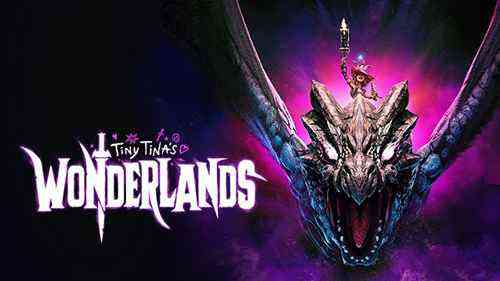