Tiny Tina’s Wonderlands is introducing the first overworld map in the Borderlands franchise. This new feature gives the players a retro-inspired way of finding any in-game secrets outside of the missions.

Because of this new overworld map, players now have a new way of traveling from one zone to another. Basically, it changed how players move around within Tiny Tina’s Wonderlands. Back then, players had to make a trip back to their ships just so they could visit a different world. Now, however, the overworld map connects everything within the Wonderlands. Creative Director Matt Cox even described it as a “third-person living tabletop.” 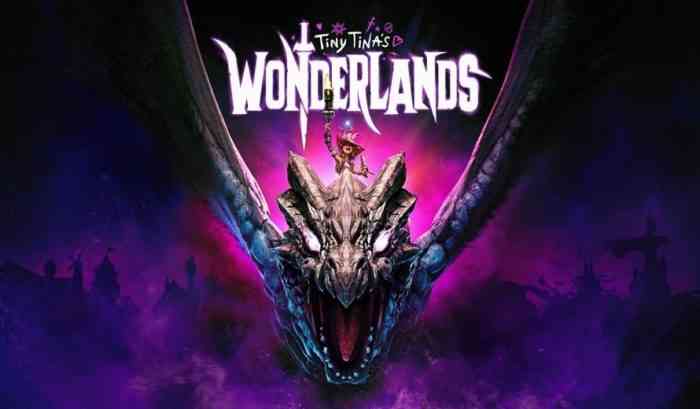 “You will be able to discover our plot maps that way,” said Senior Producer Kayla Belmore. “Some additional investigation and exploration will reveal side maps that have their own main quests and story lines that are self-contained, semi-related to the main story, but kind of a little chuck of the world all of their own.”

For the most part, Tiny Tina’s Wonderlands’ new overworld map feature is like a high-end miniatures map that has terrain. Plus, because Tiny Tina is the boss, cheese puffs and spilled soda accompany the detailed models. Basically, players will be controlling a tiny version of their character as they move from one mission to the next. They may even get a reward or two for roaming off the beaten path.

The overworld map seems to look like a board game that Tiny Tina herself is playing. Apparently, Gearbox wanted to give it a more authentic board game feel by using the high-end miniatures as pieces.

It may sound all cute, but there are monsters wandering about within the map. With that said, players will not have to go too long without any first-person combat.

What do you think of this new feature? Let us know in the comments below.