The Game Awards last night was a nicely decorated piñata of gaming appreciated. It was also full of fun little treats for things that are coming up. There were so many that we probably can’t cover them all as they land, but Tiny Tina’s Wonderlands has been something we have kept our eye on since it was announced in the Summer.

The story trailer was shown off last night, but truth be told, it doesn’t really give us anything like that. There are some cool things to be seen, for sure. Borderlands players have never really need a sophisticated reason to blast the heck out of things anyway. 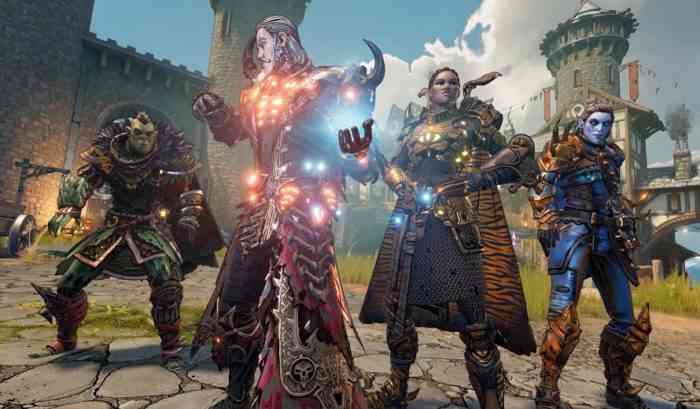 What the Wonderlands trailer does show us is a bunch of characters. Like Borderlands, this game has a ton of colorful characters with psychotic quirks. There are even some familiar characters from the larger Borderlands world, such as Brick, Mister Torgue, and Tina, obviously.

The world of Bunkers and Badasses may be a fantasy land, but that does not stop it from its inhabitants being robots. A couple of the characters introduced in this trailer include Valentine and his robot friend Fred. They are likely to be companions of the player, or Fatemaker as we will be calling them.

The game is going to be full of enemies; common ones that the player will stomp time and again, as well as a big bad bosses and little, less significant bosses to fight along the way. Surely, Brick and Mister Torgue won’t be the only Borderlands characters to show up. Fans may see other familiar faces as well.

Are you looking forward to Wonderlands? Let us know in the comments below.