As a medium, video games are interactive entertainment. They are a means by which people can challenge themselves and get engrossed in deep, compelling narratives. Above all, they exist to help players relax. PowerWash Simulator is an incredibly relaxing experience and the perfect way to destress after a long day by letting you scrub away the mud and the muck at your own pace.

Developed by FuturLab, PowerWash Simulator might not sound like much but that is kind of the point. Most simulator games have you balancing resources, managing time, and trying to recreate the experience of its associated job; whether that is yard work, flying a plane, etc. The goal of this game is to minimize stress, and it succeeds in spades. It took less than a minute of sitting down to play before I felt that satisfaction of blasting the side of a cottage clean. 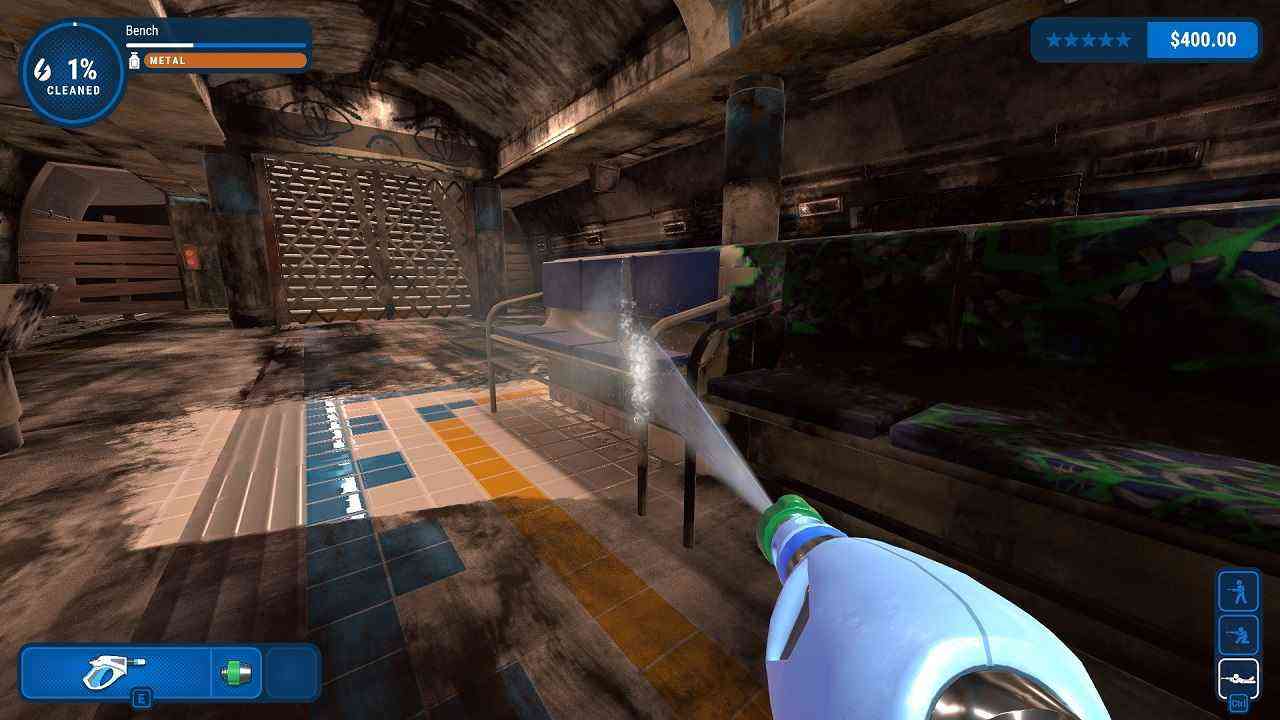 PowerWash Simulator has no limited resources or water limits. You aren’t on the clock, or racing to beat a high score. You’ll start out with the basic nozzle size attachments and a dirty project to work on. The shortest nozzle was of course best for getting up close to objects but it was hilarious when the devs showed off the longest possible attachment, effectively making a power washing sniper rifle.

Blasting Away Your Worries Never Felt So Good

Successfully cleaning a segment of your task rewards you with an endorphin-booming ping as well as a refreshing blue glow. If you are missing a spot you just can’t seem to find, a quick button tap will highlight the grim so you can get back to making things pristine. PowerWash Simulator has unlockable color-coded nozzles as well, with each color representing a different intensity and what they are most useful for. A wide spraying green nozzle probably won’t blast the rust off of the old barbeque, but a focused red one certainly will.

Completing sections – and ultimately levels – earns you money that can be spent on skins to customize your pressure washer, gloves, and cleaning suit. Why would you want to change the appearance of your suit in a first-person game? Because PowerWash Simulator supports multiplayer where everyone can clean together. Freeplay allows up to six players to work together on a given level, whereas two players can team up in the campaign mode to get the town sparkling. 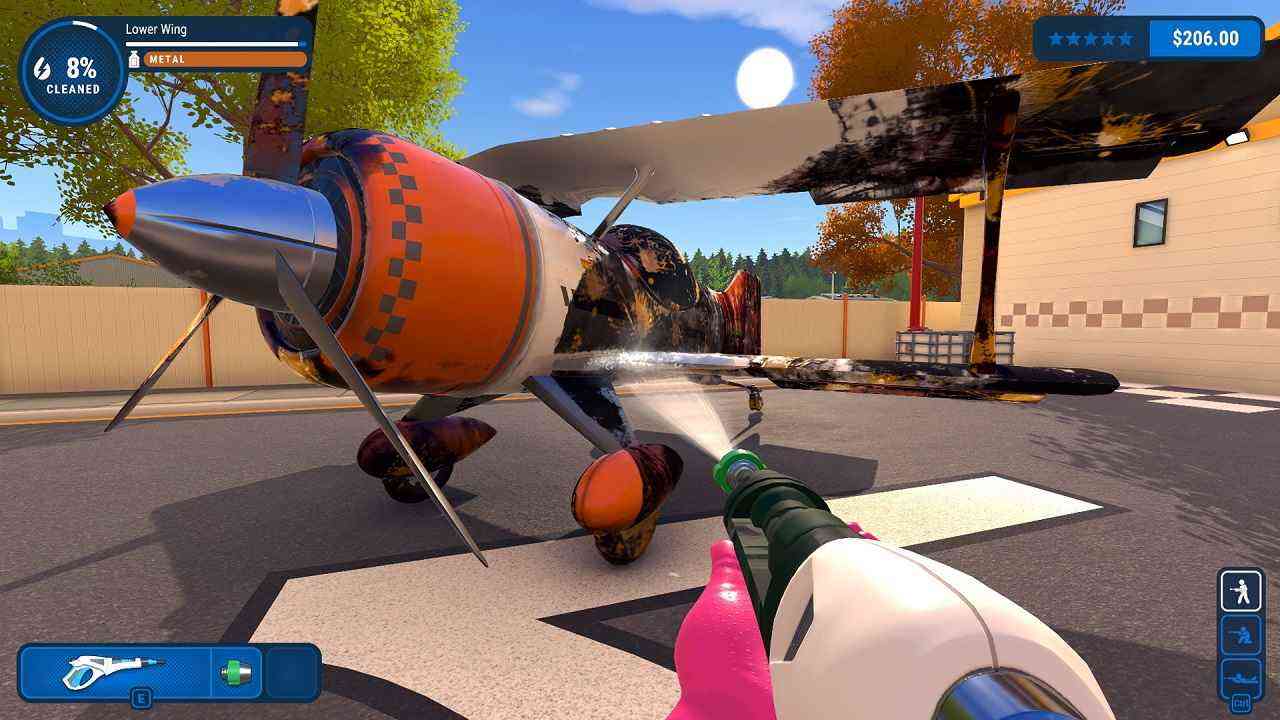 Of course, you aren’t required to just clean the place up with your friends. This is a game that works incredibly well for relaxation and socialization. Use your sprayers to play tic tac toe. Have a drawing competition. Each stage has a gnome statue hidden in the area, so why not take turns hiding him and see who can find him? And of course, someone in your friend group will undoubtedly start drawing obscene images in the muck, but that’s to be expected.

A Fantastic Way To Hang Out With Friends Online

Coating all of this in an intriguing and humorous layer is the game’s story mode. Players start the game by cleaning up a friend’s old power washing van and decide to start a business. As you progress through town trying to build up your cleaning company, strange things are going on. The mayor is acting particularly elusive. What could be going on in this small town? 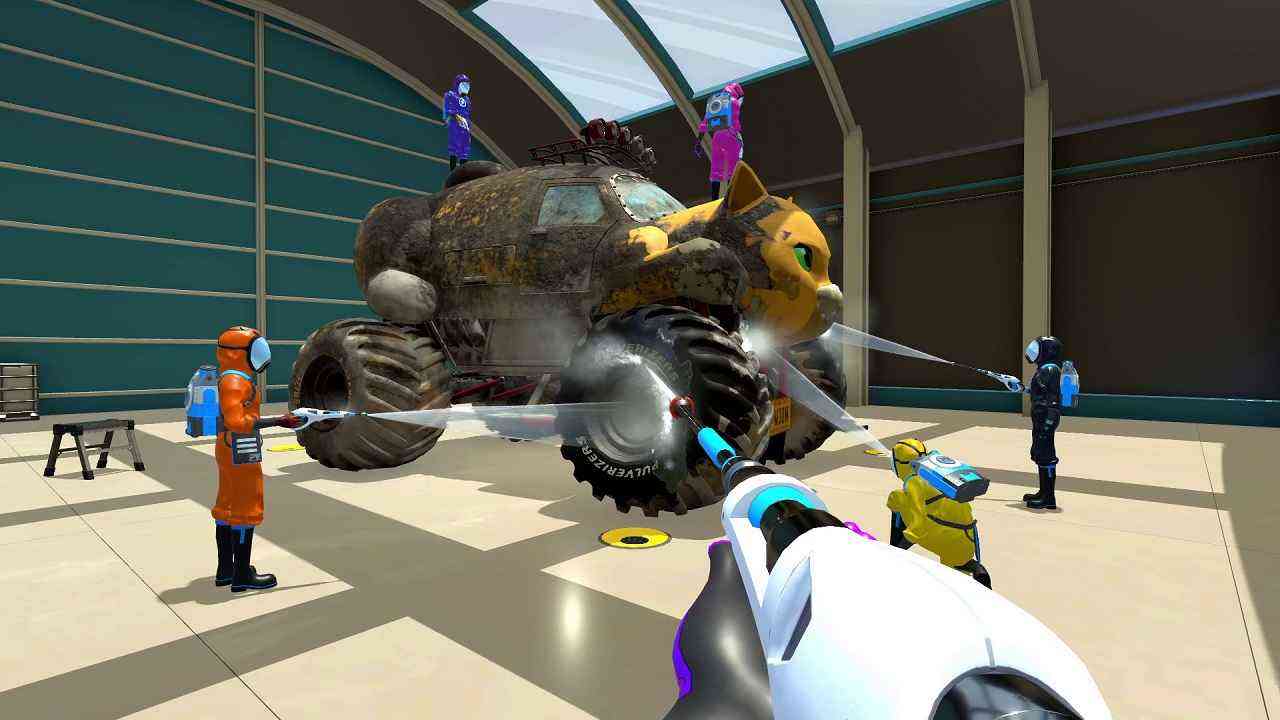 We won’t get all the details until PowerWash Simulator launches its 1.0 version on July 14th, 2022. It is currently in Early Access on Steam with a few levels to play, but players can expect new content and launch – and hopefully – long afterward as well. PowerWash Simulator will release on Xbox One, Xbox Series X|S, and PC. For more information, check out the game’s official website, and for more coverage of Summer Game Fest be sure to keep it locked on COGconnected.