Yeah, this is what indie games are all about. An indie developer with a unique idea overcomes technical limitations to express their vision through a dope game. You love to see it. The developers of Halcyon 6 have learned a lot from their first game, and the follow-up has the potential to become a new indie classic. There’s still a long way for Star Renegades to go, but the potential is all there and it’s shaping up to be something pretty special.

OK, so Star Renegades markets itself as a “strategy RPG.” Other words used in the description copy include “procedurally generated,” and “emergent.” I’m sure all those words are accurate, but they really don’t capture the full picture. Star Renegades is indeed an RPG. There is a story about an invading force of inter-dimensional robots who are slowly conquering and consuming the multiverse. There are memorable characters who speak in dialogue that was written by writers, meaning not procedurally generated. There is a story being told here.

But those procedural elements mean that you will not have a linear story experience. Your story will not be the same as someone else playing the game. That’s because of the multiverse angle. Though it wasn’t deeply explored in the build I got to play, you can already see the fun of characters meeting their alternate selves, or coming face to face with a version from a loved one from a different universe.

It’s around here that my imagination starts to kick into overdrive. Can I make a party of say, totally different versions of the same character? And when can I grab alternate universe friends? Can I replace a fallen comrade with a virtually identical clone? Will their friends react to the clone weirdly? This is where I’ve got to dial it down. Those parts of the game are still a work in progress. I can tell you that there are 13 different hero classes and when applied across the different versions of the different characters, there should be more than 45 possible party members.

How to Crash a Mecha

So what do you do with those party members? Combat in Star Renegades could very broadly be described as JRPG-inspired in that the heroes stand on the left side of the screen and the enemies stand on the right side of the screen, frozen, waiting for orders to be given. The twist arrives in the form of a timeline. Every turn, you know how long each move will take to execute, and you know when the enemies plan to move. There’s a huge advantage to moving first because you can knock opponents farther back in the timeline.

If you’ve played these sorts of games, you can see the strategies unfolding. Team up a quick character to get in little low-damage attacks, setting up a bigger hero to lay in the wallop. You can even knock enemies right off of the timeline, stunning them. That system intersects with a rock-paper-scissors sort of system, where different characters are more (or less) vulnerable to certain kinds of attack (like flurry, heavy, or area of effect). On top of that, every character has a combination of shields, armor, and health, which all obey different rules.

This all adds up to a unique game that builds on systems that add up to more than a sum of their parts. There’s also a version of Shadow of Mordor’s nemesis system (here called the adversary system) where certain enemies can escape, grow, and develop new relationships with the heroes. I didn’t get to experience the full depth of that particular mechanic, but I find it deeply intriguing.

There’s a lot of potential in Star Renegades, so I find myself asking: why do I have so much faith this is going to work out? Part of it is how strong the existing game feels. This is especially true in the writing. Normally when someone says a game is well-written, they mean the dialogue is clever, maybe even quippy. With Star Renegades, that feels a little more subtle. The writing feels well-paced. The tone shifts masterfully. I seamlessly went from pumping my fist to covering my mouth with shock. That’s a special kind of good writing, and it makes me feel like there’s real talent behind this game. The art and sound design are as good as the writing. I see no reason why the gameplay shouldn’t fulfill its ambitions.

I actually spent some time playing Halcyon 6 when it first came out. It came out at a weird time in my life, when I wasn’t sure when my next paycheck was coming. I bought it knowing it could be the last game I played for a while. And I found it similar- deeply intriguing, intelligently wrought, with lots of artistic intention. That game seemed limited by constraints like budget, but it grew with updates into a really cool little indie. Star Renegades feels like the perfect follow up. With experience behind them, Massive Damage is making a game that impresses in ambition. Now we’ve just got to keep up with its development to see if it continues to impress in execution.

***Game code provided by the publisher*** 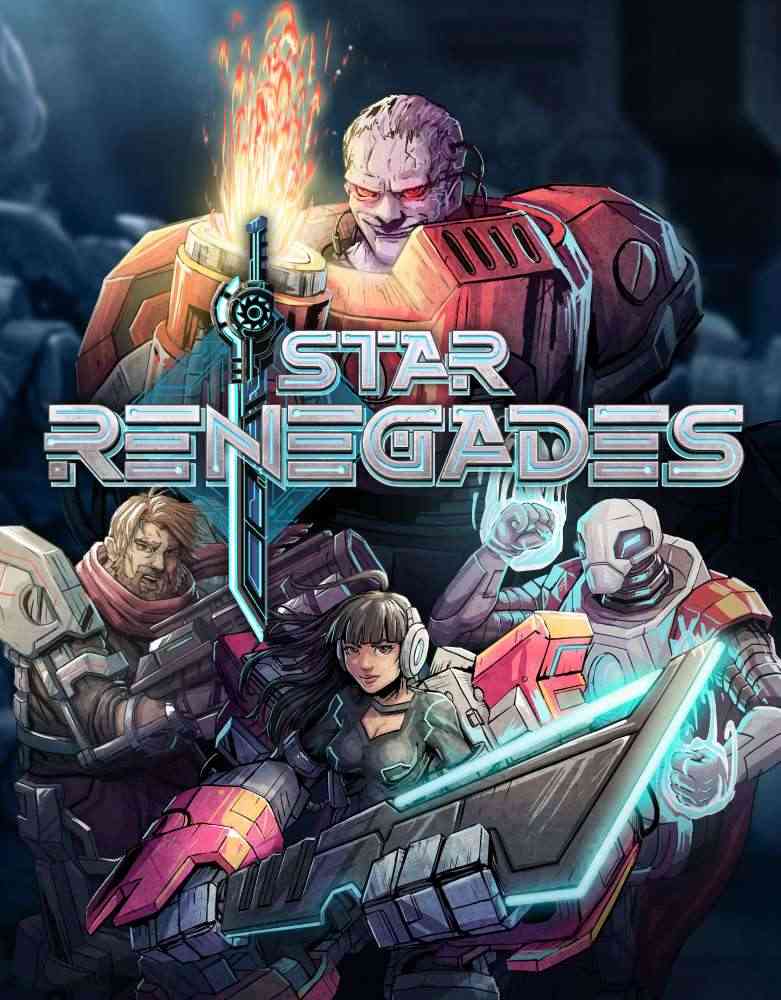