The blue hedgehog has had it rough the last several years. Each of Sonic’s outings haven’t quite captured that same essence his long-time fans are looking for. With some of his industry rivals taking experimental leaps in new directions like The Legend of Zelda: Breath of the Wild or Super Mario Odyssey, it was only natural for Sonic to up his game and step into something entirely new. Sonic Frontiers lets players take the speedster on an epic journey into open-world gameplay which works surprisingly well. There are, however, a few missteps that – left unchecked – could spell disaster for what is currently a pretty enjoyable game.

My experience started with Sonic giving a short monologue about this strange new land he finds himself in. Despite looking like that classic, rebellious cartoon character, Sonic’s voice was notably deeper than we have heard before. He looks around for his friends, surprised to find himself alone and his reaction is not concern or panic but glib and almost fatalist. Immediately after, I’m able to begin exploring Sonic Frontiers and the very meat of the game is tender and delicious. The screenshots put out there don’t do it justice for how beautiful the environment is. The terrain and vibrant colors really pop, and the clash of art styles makes Sonic stand out in the way he is meant to; he isn’t from this place, it’s a new and unusual experience for him. 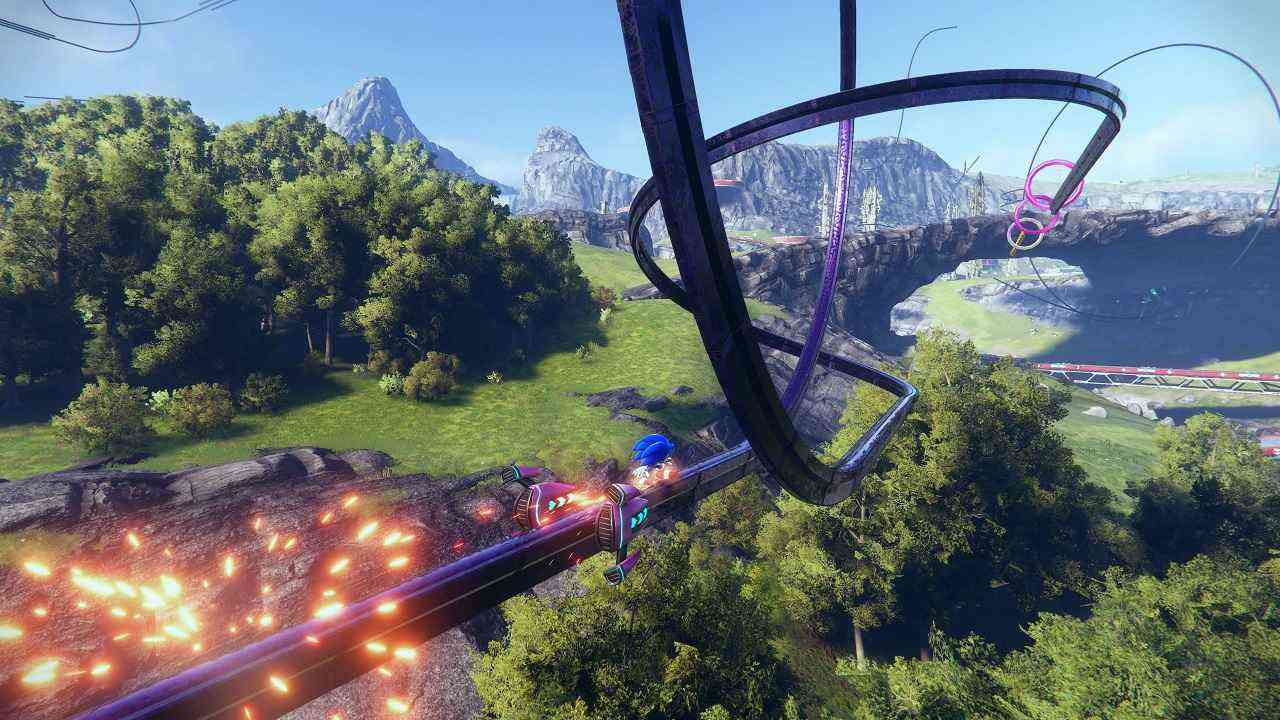 The controls are great. Sonic runs forward and the longer you keep moving, the faster he gets. He can double jump, and pressing the button again lets him charge up into a ball and speed ahead. I was intrigued by the footage of the combat and cautiously optimistic, but I found the controls to feel tight and natural. A reticle will appear over the nearest target which can be optionally locked on for focused attacks. His basic attack immediately homes in as he begins punching and kicking with each press to make a combo. The left and right bumpers are a very effective and fast dodge, perfect for getting away from enemy attacks. I found myself easily evading ranged bombardments and slipping behind stronger foes fluidly with the dodge buttons. What I did find uncharacteristically troublesome was Sonic’s sprinting. It took roughly fifteen minutes into the demo to learn how to sprint and make the “Gotta go fast!” guy actually go fast. If his entire thing is about his break-neck speed, then why is it tied to a stamina bar?

On top of that, this sprinting feature is interrupted by jumping. I was running over a hill and came to a bridge. It was a half jump higher than me. I jumped, landed, and then had to let go of and reactivate the sprint. Every time. For each jump or interruption of any kind, I couldn’t just keep holding the button down, I had to remember to let go and start it over again. It might sound like a small thing, but when your whole gimmick is going fast, it becomes an unnecessary hiccup in your speed.

A lot of concern for Sonic Frontiers came from this open-world concept and just how barren the location seemed in early images. I can confidently say these pictures were to show off the graphics. The world itself is definitely not so bare. Not only do roaming enemies dot the landscape which requires unique tactics to defeat, but the whole area is littered with classic Sonic tropes to explore. It’s like going to a park and discovering a new playground at every corner. Running up to a rail automatically lets you grind it to score rings. There are speed pads to find and trampolines to bounce off of. These gymnastics courses which cover the area even include floating balloons. Attacking them lets you bounce across distances from one to the next to find new platforms, rails, and giant rings to launch you huge distances. These obstacle courses I encountered ran alongside the path but never felt like a requirement. It was a rewarding jaunt through the playground to see what I could pick up and where I would go. 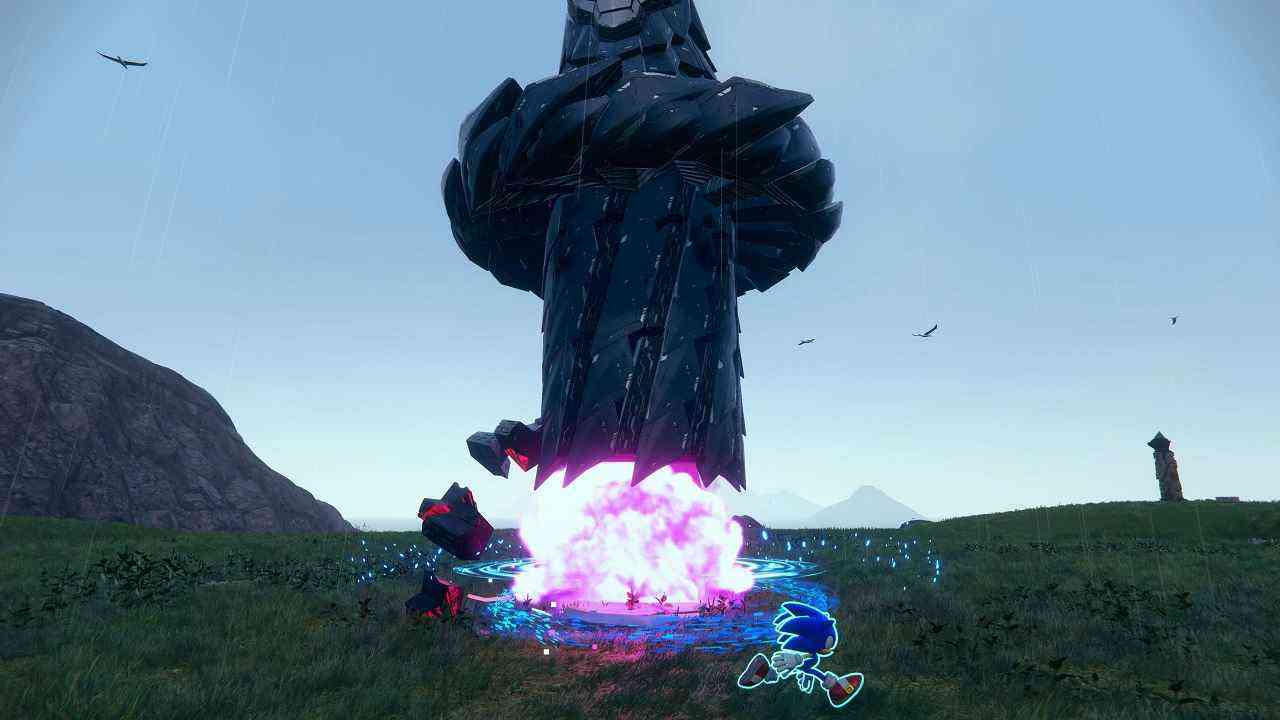 Sonic Frontiers introduces a new multifunction ability to Sonic’s arsenal called the Cyloop. Activating the Cyloop lets him leave a blue trail as he runs about the screen. You have full control over where he goes, but you’ll need to close the loop before the skill activates. Closing the loop will knock back foes, dealing damage or staggering them, but it also can be used practically to solve puzzles. I had to simultaneously extinguish three flames. Making a loop around them caused a simultaneous breeze to blow them out. Sonic Frontiers introduces a decent-sized skill tree of new abilities to unlock, with Cyloop only being the first, so who knows what other new tricks the speedster might have up his sleeve.

This is an ambitious game. It’s taking a big departure from the established Sonic franchise, which has worked out for others in the past. The stages are beautiful, the “jungle gym” design is fun, and the controls feel pretty good. At the end of the demo I did enjoy the experience, but I still find myself wondering if this needed to be a Sonic game or if it could have been something brand new. From what I got to see at Summer Game Fest, it’s far better than slapping Sonic in a new environment and calling it a day. At the same time, it’s like completing a jigsaw puzzle but the last couple of pieces don’t quite seem to fit. There is still plenty we don’t know about Sonic Frontiers, and hopefully, those gaps will complete the picture and turn this game into a masterpiece. I’m optimistic that the game is good, I’m just not yet convinced it needs to be a Sonic game. 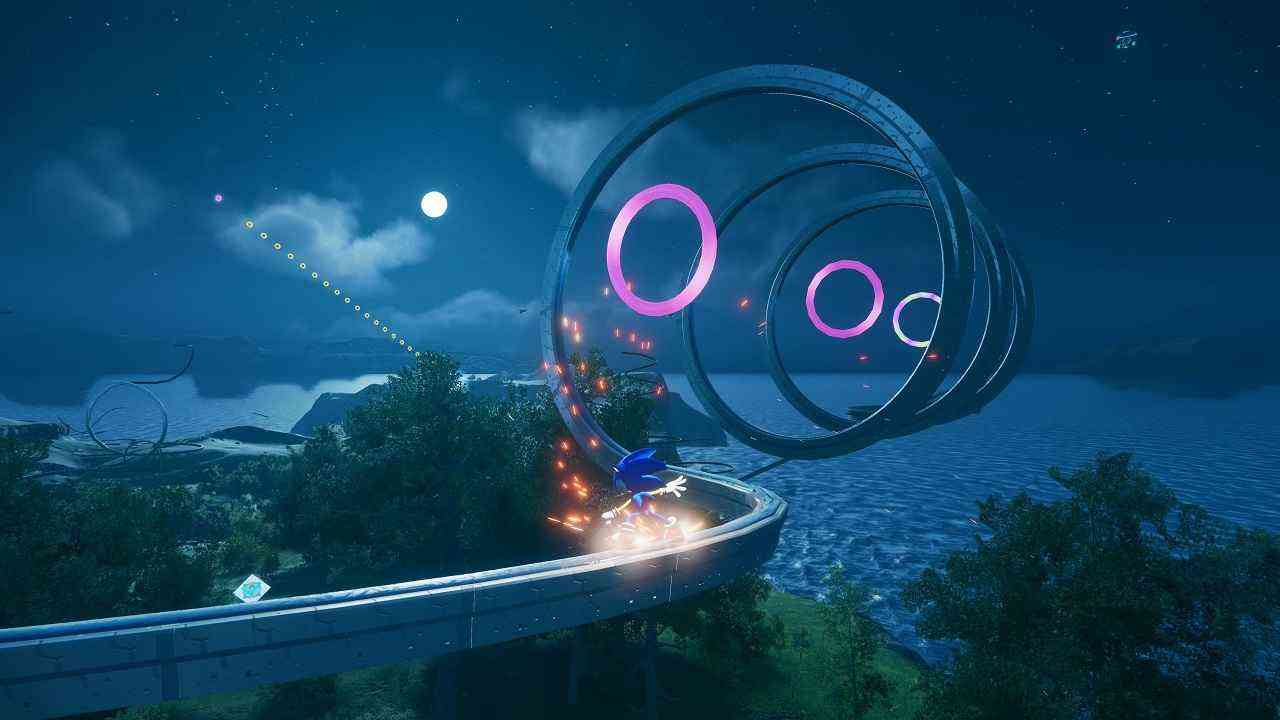 Sonic Frontiers is set for release this holiday season and will be available on PC, Nintendo Switch, PlayStation 4, PlayStation 5, Xbox One, and Xbox Series X|S. For more information, check out the game’s official website. 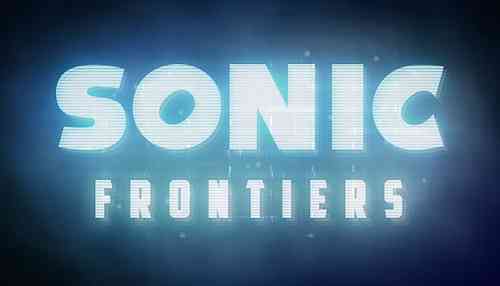