I have a core group of friends that I like to game with, and I’m always looking for the next thing. They tend to stick with their old favorites (which lately has included a lot of Valheim) but when I come across something that might persuade them, I make a note of it. I don’t know that Ship of Fools is quite ready for me to introduce to them, but given some time to develop, I could definitely see it becoming part of the rotation.

The first thing you’ll notice about Ship of Fools is that it’s a cartoon. Not a cartoon for kids. Not really an Adult Swim cartoon. No, this is in that Ren and Stimpy/Invader Zim/Adventure Time zone, where it’s simultaneously spooky and safe and demented. You (and presumably your friends) take on simple jobs on a ship, be it steering or canon-firing. Dangers come at your ship at a frenetic pace, and it’s your job to keep them at bay as you make for the final storm. 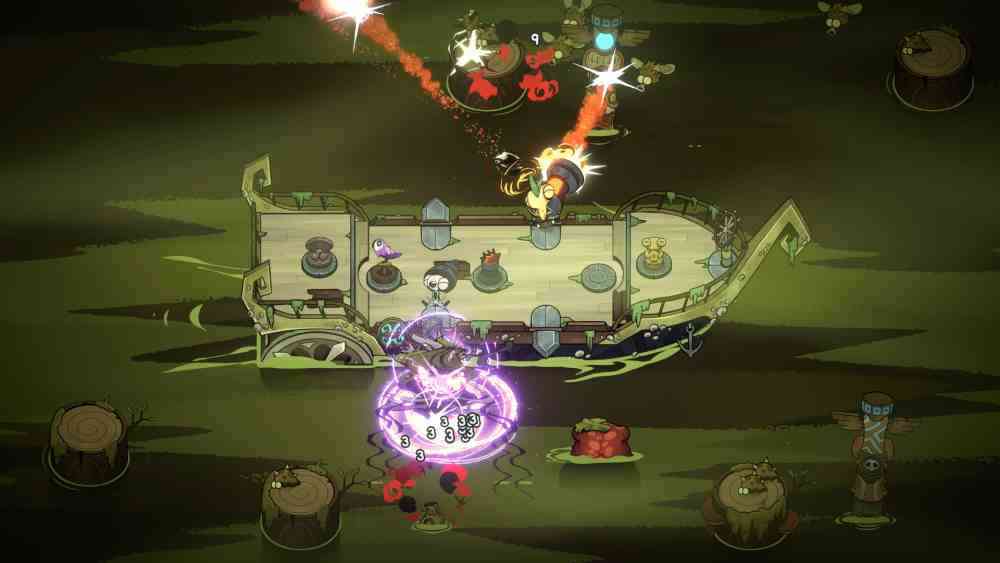 The world of Ship of Fools has a sort of can’t-believe-it’s-not-Lovecraft vibe. I’m talking about fish people. There are many of them and in many configurations. You’re headed through the ever changing waters of The Archipelago, which you will navigate again and again in a roguelike manner. Each journey earns you XP (or whatever) which will unlock new stuff. New guys, new bits, new relics, new trinkets. You mix and match that stuff to build synergies which you’ll use to sail your vessel to victory. If you’ve played Lovers in a Dangerous Spacetime you know the vibe. A sometimes frantic, sometimes silly co-op experience with friends.

A Loser With No Friends

This is where I feel that my experience with Ship of Fools might differ from the final product. Being an early access title, I had a bit of trouble with matchmaking. Actually, this problem has already started to improve as more people hop onto early access but for most of my time with the game, I’ve played solo. That’s a viable way to play, but you can definitely see how the game was designed to play with friends.

I also need to admit that I was not very good at Ship of Fools. I died a lot. I’d get to a point where my reflexes just couldn’t keep up. That doesn’t mean that dying isn’t a lot of fun. The whole cartoon style makes this game easy to like. Duels at sea can be a thrilling affair. But I know this would be a game more fun to play with other people. Specifically it’d be more fun to play with your group of friends. Maybe you’ve had good luck with finding co-operators with matchmaking service, but that’s never been my experience. 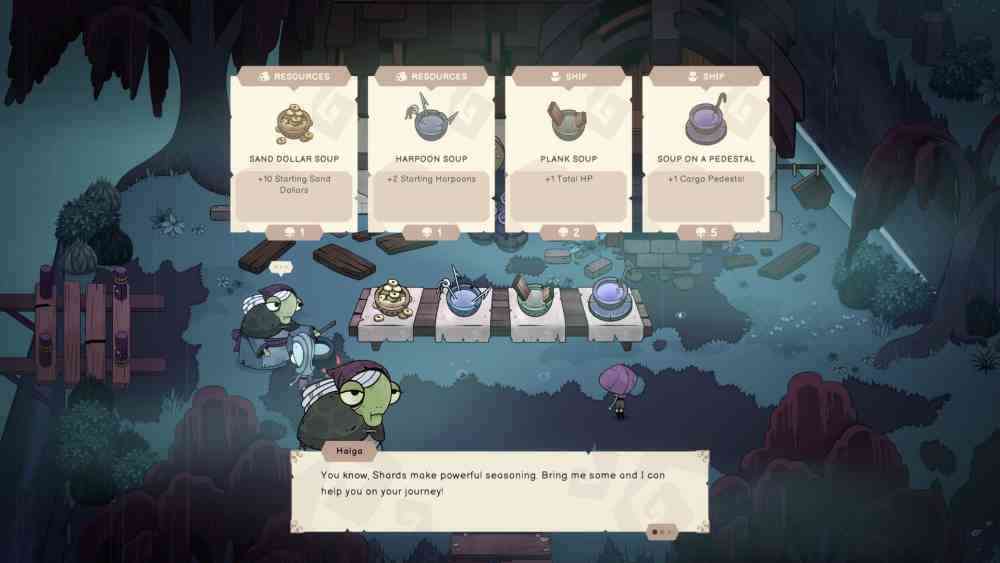 I also struggled with the controls. The momentum and velocity of the characters (and especially the ship) felt off to me, until I switched from a mouse and keyboard to a controller. Eventually, I was able to get a feel for the sensitivity, but I could have saved myself a lot of early headaches by using a controller from the jump.

There’s also the question of: how much? How much unlockable stuff will there be? And will it feel like enough? So far the progress feels a little simplistic to me, maybe for multiplayer balance. But as Ship of Fools moves through early access I’d like to see a little bit more complexity in how you level up and outfit your voyage. With just a little more game in this game, I think I could coax my friends into giving it a try. I’ll be following updates until the release, which is scheduled for 2022.

What Ship of Fools really makes me miss is couch co-op. With so many options to connect and chat online, dropping into this sort of multiplayer game has never been simpler. But a ship is only as good as its crew, and when it’s your group of friends, that means something. Overcoming a tough game and bonding with strangers is all well and good, but Ship of Fools is the kind of game enhanced by shouts and elbows and mad pointing. If you think you have the crew of fools to man one of these doomed vessels, you should consider adding this one to your rotation.

Sheltered 2 Review – Better Than Sitting In a Hole
Next Neptunia x SENRAN KAGURA: Ninja Wars is a Delightful Crossover
Previous Have a Nice Death is a Random Roguelike With Potential