Rise of Industry has been released into Steam Early Access for some time but it continues to see constant updates by its developer, Dapper Penguin Studios. A new strategic tycoon game meant to revitalize the genre after its heyday in the ‘90s, it puts the player in the shoes of a Gilded Age entrepreneur. Rise of Industry is all about managing production lines and balancing the fine line between benefits and bankruptcy. At the time of playing the game it was on Alpha 6.1: by the time you read this, it could be anywhere. After all, it updated twice while I was playing thanks to the dedication of its developers. My most successful playthrough had a theme: Estel, the name I gave to my little corner of the world, renaming the map after the Sindarin Elvish name for Hope (You know, like, Aragorn’s childhood name? Anyone?). Estel was not my first playthrough by any means. Despite a well-meaning tutorial, Rise of Industry has a steep learning curve, and it took several aborted attempts at playing, usually ending in disaster because of misplaced truck stops or crop farms, before I hit the one that I’d carry through to the end. The game consists of you growing your production base from simple lines of produce to complex goods, which can range from textiles to glass to cars, managing the flow of resources from each farm or factory so that it runs smoothly to its destination to sell to give you the most important part: the profit.

In game, my income always fluctuated between negative and positive, so I desperately scrambled for some way to make a consistent amount of money. I stumbled upon contracts, which are somewhat unreliable but always profitable requests from towns to produce a certain kind of good. Falling into an uneasy rhythm, I spent most of my time in the red but earned such great bonuses from my contracts that I found myself relaxing and enjoying the game, seamlessly changing production lines from berries to vegetables to wine and back to berries depending on what the people of Pickstown and Longview wanted. I let go of my fears about constantly staying in the green, knowing I’d hit a windfall (I was even able to pay off my starting loan!), and the game became infinitely more enjoyable. A happy ending, right?

Ah, but complacency kills, and I began to fall apart at the seams when I became inexplicably hell-bent on producing brandy, a difficult product that require both wine and bottles (which require sand and glass, which require…etc.). My thirst for brandy let me to take an extremely lucrative contract, one that would had skyrocketed my funds if I had had the resources with which to complete it. But I overestimated my abilities, and when the contract went sour I found myself, not with my modest ten million, but negative seventy-three million in the hole. The game informed me I was bankrupt. Estel died, but I was satisfied. We’d had a good run.

Rise of Industry still has some kinks to work out, for sure. The learning curve can be frustratingly steep at times, and its notifications are often too vague, not giving you enough information about why you’re losing so much money or your production is backed up. But the developers have shown both through a series of constant updates meant to improve the play experience and a very personable and friendly Discord server dedicated to smoothing out all the kinks that the gameplay will continue to improve as players give their feedback. I’m confident that much of what I found frustrating will be gone by the time the game leaves Early Access, leaving me instead with more of those great moments where everything went right because I’d correctly lined up four different types of fruit in my three-stop trade route. Yes, my company crashed and burned, but I took a risk, and isn’t that what being an tycoon is all about? Right now, it’ll be a while before I return to Rise of Industry, but do I think it’ll be an entertaining and worthwhile experience when I do? Have a little Estel. 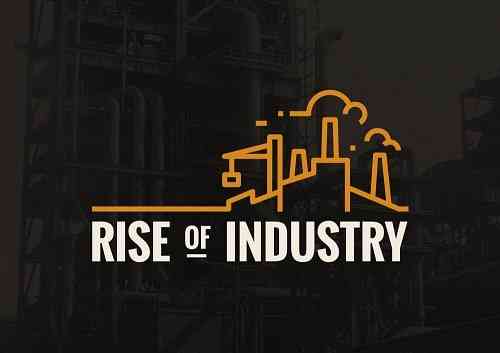 Europa Universalis 4 and DLC Is Now on Sale for $1
Next NASCAR Heat 3 Preview – The Heat Is On, Again
Previous XCOM Meets Beyond Good and Evil in Mutant Year Zero