I absolutely love base-building survival games. After the huge disappointment that was Towns, I have been longing for something to scratch that itch. Rimworld fulfils my needs and then some. It capitalises on the market of players who, like myself, could never quite come to grips with the goliath that is Dwarf Fortress. But that doesn’t mean Rimworld isn’t as good.

Rimworld sells itself as a story generator, not a competitive strategy game – and I believe it. There isn’t much to go on besides your starting scenario. There are three scenarios to choose from, and there is the option to randomize one to your liking, but thanks to the implementation of the steam workshop you can expect a whole load more within the week. This newly added scenario system brings what players have been longing for a while now; the ability to alter the starting conditions of your chosen colonists.

Once you begin you will find three AI storytellers. These serve to assess your current situation and then throw some die to figure out how to best screw with you next. Each storyteller brings their own unique twist to the way the game is played out, but they don’t have their own unique story line to follow. Any kind of story generally comes from your own mind. I know that isn’t for everyone, but I find that’s half the fun of Rimworld.

Now, my story begins when one of my characters randomly decided to take off their clothes and star gaze in the snow before running home and huddling up to the others for warmth. I wonder if I could turn this into a nudist colony, I thought to myself as I commanded my little colonists to strip for my amusement. It turns out you can, but doing so in a snowy biome makes for a difficult experience.

“I wonder if I could turn this into a nudist colony, I thought to myself as I commanded my little colonists to strip for my amusement. Turns out you can…”

Difficulty in Rimworld is dependent on many things. There is a difficulty setting to choose from, but depending on where you choose to land you could bump into some unavoidable obstacles which transcend difficulty barriers, such as stunted plant growth or aggressive wildlife. The learning curve in Rimworld is a little steep, and might take a few hours to get a hold of, but it isn’t as high as Dwarf Fortress’ learning curve, which is steep enough to hang yourself off when things get too difficult.

Once you start up you’re plopped onto the planet with your three colonists and are let loose, free to play how you wish. There isn’t much in the way of a tutorial, which I enjoy as it lets me explore on my own and figure things out for myself, but there are tiny little notifications that you can follow to teach you about the mechanics of the game and what you should be doing next. 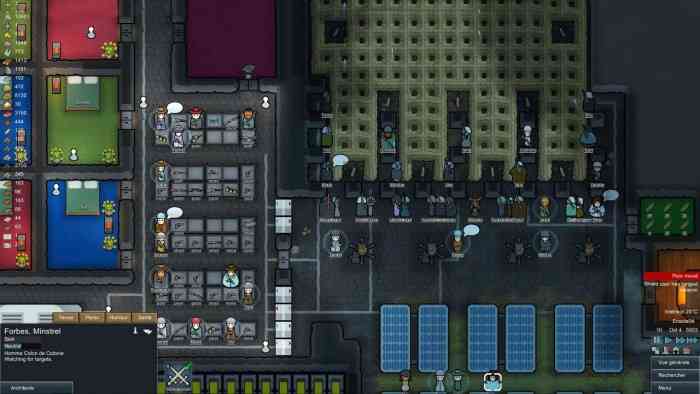 Unlike games such as The Sims, the AI in this game do exactly what they want to do. You can give them a little nudge and prioritize a task for them to focus on, but they’ll half-ass it and then run back to what they were previously doing before you so rudely interrupted them. Your colonists can also suffer from mental breakdowns where they will completely ignore you for most of the day.

From time to time raiders will assault your encampment, their only purpose to ruin your day, but as of alpha 14 the raiders will start stealing goods and become more efficient at kidnapping your colonists. The battles themselves scale from a small group of four people shooting arrows at you to a full-scale battle with up to twenty raiders storming your home, which really gets the blood pumping.

“Despite the few shortcomings, I’m thoroughly enjoying Rimworld. I was sceptical going in, as I’ve been hurt before, but the end result is a memorable one.”

A large bulk of your playtime in Rimworld is spent making sure the characters you choose to take with you are all capable of surviving. Each character has their own skillset and there a few skills which are practically mandatory to take unless you want to die from an infected paper cut. The only problem I find is that there is no way to manually select your character’s skills, so you must spend tens of minutes randomizing a character until you get one you are happy with. I would love to see this kind of feature implemented, but until then I found the ‘Prepare Carefully’ mod fills that hole perfectly.

Despite the few shortcomings, I’m thoroughly enjoying Rimworld. I was sceptical going in, as I’ve been hurt before, but the end result is a memorable one. The lack of a real story doesn’t deduct anything from the game itself, and can rely on its gameplay to keep the player hooked. Each hilarious little disaster is burned into my brain: from a rabid squirrel terrorising my colony of six to my miner freezing to death because he just had to haul in that last piece of granite… during a snow storm… in his birthday suit. 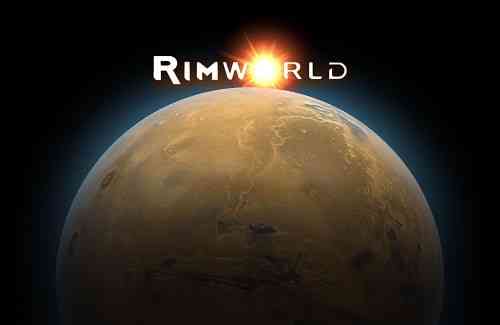 Blood Rage: Digital Edition Review – Not The Kind of Rage We Hoped For
Next Reflections Preview – Bring the World to Life in a Splash of Color
Previous Mantis Burn Racing Preview – Start Your Tiny Engines