Wang Returns To The Fray In Shadow Warrior 2

Hot off the heels of the successful reboot of the Shadow Warrior series, Shadow Warrior 2 is going to be coming our way very very soon. Fortunately, the upcoming title was playable at PAX West, and I was able to get my hands on some Wang. Shadow Warrior 2 takes place five years after the events of the first title, and Wang’s back to fix what he did wrong in the first title, but he won’t be going it alone. During my Shadow Warrior 2 hands-on, I got to experience a bit of the story, along with a whole range of abilities that Wang can make use of in this new title. 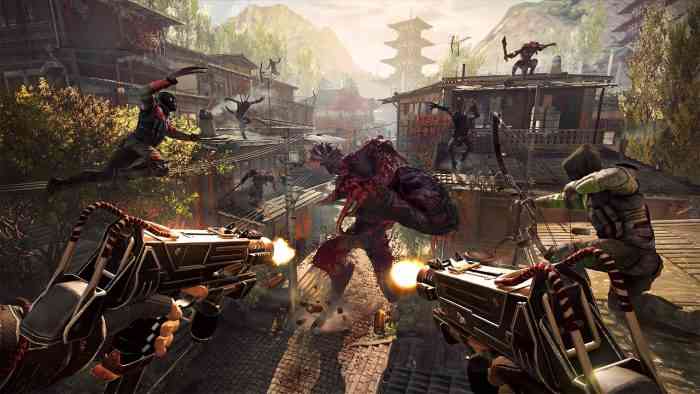 Wang’s back with a vengeance, and Shadow Warrior 2 has weapons by the boatload for our shit-talking protagonist. There are over 70 weapons that can be tweaked in a variety of ways, and it evokes a sense of Borderlands, although there is a lot more freedom with the weaponry customization in this case. I got to use chainsaws, chain-swords, thunderous grenade launchers, fiery sniper rifles, and freezing SMGs in order to take on all sorts of monsters, both organic and mechanical, and the combat feels even more satisfying than the first title, if that were possible.

“Wang’s back with a vengeance, and Shadow Warrior 2 has weapons by the boatload for our shit-talking protagonist.”

Each situation I approached in different ways, thanks to the variety of weaponry and the various magic spells I had. I could use stealth to land a massive first hit on a big enemy, or I could summon huge shadowy spikes to impale problematic enemies, keeping them in place while I took care of more pesky enemies. It was a lot to take in at first, but as I got familiar with just how many ways there were to approach situations, Shadow Warror 2 opened up immensely, and soon I was kicking butt in a way only Lo Wang would be able to do. The gameplay wasn’t the only thing that was opening up in this case, as the procedural damage system allows you to engage in some pretty brutal attacks, leaving piles of meat, metal and blood at each encounter.

The devs touted the game’s replayability, as well. Outside of specific story-related events, the game is going to be largely generated at random akin to titles such as various Roguelikes, and popular shooter sries Borderlands. Enemies, their positions, weaponry, building and even the weather will all be at random, so no encounter will really play out the same, encouraging some serious replay value. Couple this with the variety in enemies and actual locations as well. There’s a metric ton of monsters for you and your friends to slay as well, as there is co-op in this title. Co-op out the wazoo, even. Players will be able to step into the shoes of Lo Wang or one of his three anonymous ninja companions, and they can all make use of the staggering firepower, sharp blades, and impressive magic to ham it up. The action may get pretty hectic, but the fine folks at Flying Wild Hog assured me during my time with the game that it is going to be one well-optimized beast, citing Ultra quality at 60FPS being possible on older GPUs, like the GTX770.

The game’s slated for a worldwide multi-platform release on October 13th. Owners of PC, PS4 or Xbox One will all be able to partake in the demon/robot/people slaying fun, and they won’t be going it alone, thanks to the brand new co-op gameplay and they won’t be getting bored thanks to the procedural generation that has proven to be a popular feature in other titles such as Enter The Gungeon and The Binding of Isaac.

Keep it locked on COGconnected, as you can bet we’ll be giving you our full review of Shadow Warrior 2 as the release date creeps closer and closer. I know I’m going to be looking forward to getting my hands on more Wang, and I’m sure you will be too. 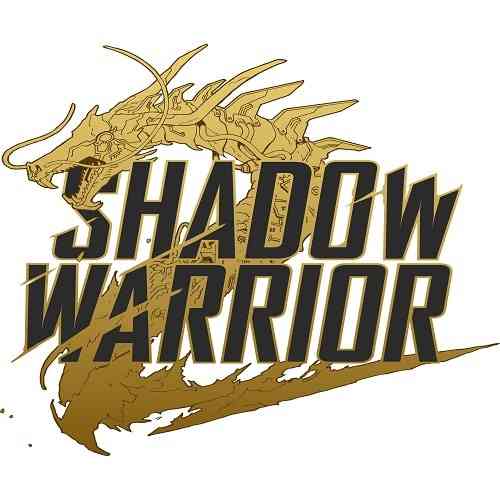