One of the more endearing titles I saw at E3 2017 was ‘My Memory of Us’; a 2.5D adventure platformer from developer Juggler Games. Set in a time of war, citizens have been marked and forced to live behind a giant wall, separating them the from the city and their loved ones. It’s up to a pair of best friends, a boy and a girl, who must work together in order to overcome an evil king and his robotic soldiers.

With one look at the setting and gorgeous art style, inspired by naïve art and reminiscent of classic Disney animations, I realized that the narrative backdrop is an allegory of the Holocaust. Despite the horrific nature of the historic tragedy, the devs stress that the game is violence free and at its core is a story of friendship. The melancholy black and white color palette beautifully enhances the vintage art style. Hints of red contrast the absence of color as it’s used to highlight specific character features and important objects in the environment, including the eyes of the evil robots, spotlights, switches, and select articles of clothing. Dialogue is depicted through a series of symbolic images, similar to hieroglyphs. The amalgamation of the color, character design, and art direction terrifically incorporates a sense of bittersweet humor within a story based on gruesome events. 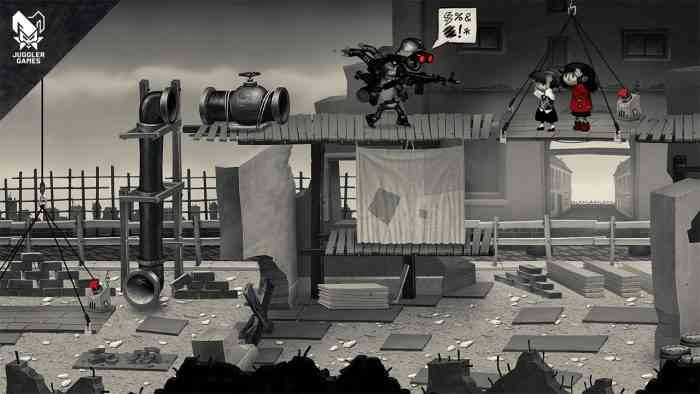 The boy and the girl are best friends, brought together through horrible circumstances. Without each other, their odds of avoiding their adversaries and rescuing citizens would be rather unfavorable. They each possess unique abilities that enable to them to progress through a series of intuitive puzzles. To move forward together, the two run hand in hand. When presented with a room full of evil robots and a locked door on the other side, they must separate in order to proceed unnoticed. In the demo I saw, the boy sneaked his way to an upper floor and pressed a series of switches that raised and lowered structures providing cover for the girl to dash to and from. Shortly thereafter, the two passed by a series of cages imprisoning citizens. Eager to set them free, the heroic pair set off in search of a key. The esteemed trinket happened to be guarded by a robotic officer. Following a period of swift dashing, platforming, and clever distractions, they managed to acquire the key and release the captives. Each puzzle encounter is logical and varied, providing players with opportunities to creatively utilize the abilities of the characters. 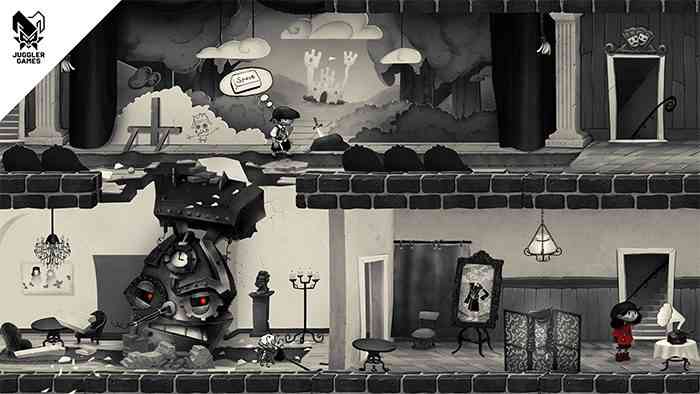 My Memory of Us is looking to be an alluring platformer complemented by stunning animation, charming character design, and a stylish steampunk setting. Although the demo was brief, it certainly left a lasting impression on me as one of the more peculiar titles of E3 2017. Since my earliest days of gaming, I’ve possessed an infatuation with all forms of platformers and can’t wait to get my hands on the completed version. Though currently in development for PC, consoles are being taken into consideration. A release date has yet to be determined, but for fans of the genre, this one’s worth anticipating. 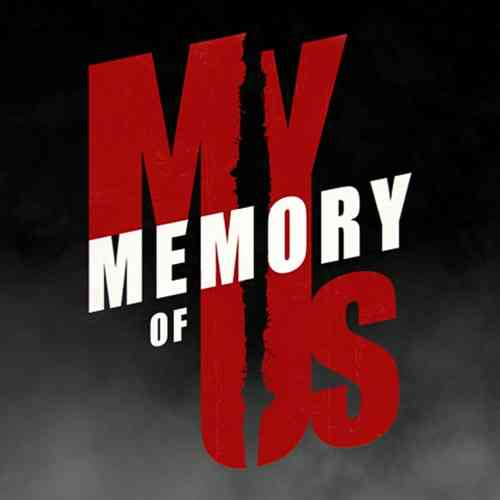