After watching the trailer for Kôna: Day One, I was intrigued. As a fan of any game where you get to play detective, I have high hopes for this game, and man is it delivering early in!

Kôna: Day One takes place in Northern Quebec, Canada in the 1970’s, and according to the game developers, it all takes place in one day. You play the game as a private detective, Carl Faubert, called by a rich industrialist named W. Hamilton to investigate problems within the town. On the way into town, an unexpected blizzard hits the area and Carl soon finds out that the villagers have mysteriously disappeared. In an attempt to find out where everyone has gone, you have to reconstruct the weird events that have occurred within the town over the years, all while battling against the elements to make it through the day. The Kôna: Day One closed beta illustrates that the full game has the potential to be the ultimate investigative thriller.

“It was refreshing to see that the developers didn’t overthink their work, and let the puzzles and the game speak for themselves.”

The story of Kôna: Day One is the main reason to play the game, and paired with the realistic graphics, and the game sound, it is the indie adventure game to beat. Kôna: Day One adds a supernatural aspect to the story, making an already interesting storyline all the more intriguing. This game offers helpful hints when you get stuck in the game, such as wolf tracks that will put you back on track…see what I did there? The puzzles found within the story are straightforward and logical, something I’ve seen other game mess up time and time again. It was refreshing to see that the developers didn’t overthink their work, and let these puzzles and the game speak for themselves. The closed beta limited the gameplay to exploration of the general area and most of the houses, and while I did enjoy the content we were given, I wish there had been some of the survival mode put into it as well.

My hope for the full game of Kôna: Day One is that it includes a lot more content than what we were given in the closed beta, and that it will give us different difficulties to choose from. For example, easy would limit the amount of aspects of survival we would have to play through, making this a game strictly about investigation, while hard would decrease our odds of survival by facing multiple challenges along the way. As it was already an aspect in the beta, I figure it will be in the full game as well, but the journal is something that definitely needs to be expanded upon as well. Right now, this journal gives a ‘to do list’ of things that need to be still need to be explored, and it is my hope that it becomes more interactive, where we can write our own notes and lists. Besides those points, I’m not sure there is anything else to hope the full game will have because it’s already a great game. 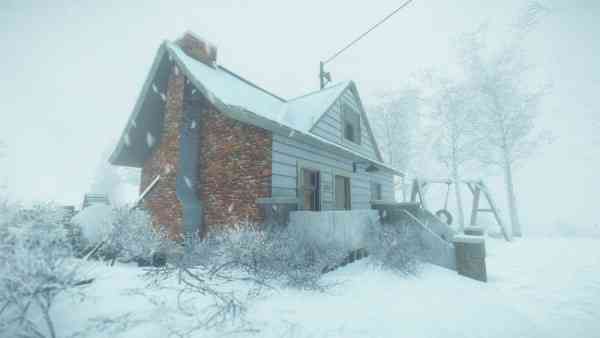 There were obvious glitches and bugs within the closed beta of Kôna: Day One, but as the loading screen at the beginning of the game suggests, this game is a work in process. The only obvious problem that I could see within the game was how it controlled and regardless of the sensitivity, I often found that my view moved too fast. With that being said, there was often a lag within the game, so I was left wondering if the controls are actually in need of being fixed, or if the beta was to blame. Either way, I hope that this is addressed before the full game comes out.

With the content we were given in the beta, there is no doubt in my mind that the full version is a going to be amazing. Aside from the bugs found within the beta, as well as the faulty controls, there are many great features within Kôna: Day One and it is by far, the best adventure game I’ve played in a while. There is no question that I will be keeping my eye out for the release of the full game.