COG was given an early look at the Plants vs Zombies: Garden Warfare 2 public beta before its release and to put it simply, we were impressed. It was so much fun we hardly wanted to break for dinner. When we heard we were running a bit late, the vote for another match was almost unanimous. Peels of laughter and the odd shout of encouragement could be heard whenever a match was underway, testifying to both just how ridiculous all the new action is, and how friendly even a competitive game could be. Now it’s your turn. The Garden Warfare 2 Public beta begins tomorrow, Jan 14th and runs through to the 18th. That’s five days worth of limb rotting violence and peas shooting. If you’re not excited, or even a little bit interested, you’ll be missing out.

You can expect a lot of fun in the coming week: Backyard Battleground, Crazy settings, and six new classes will be yours to explore. While we published a more in-depth look at Backyard Battleground a couple weeks ago, there was a lot we still had left to talk about. For instance, one of the new maps we played a few rounds that took place on the moon, where yes, there was low gravity. On its own this isn’t a huge deal, but you should know that matches can now be played with ‘crazy’ settings that make for some unique and fun experiences that used to be staples as bonus options in a lot of games. Of course you can still find matches without these turned on, but it really helps to spice things up if you start to get bored.

“It was so much fun we hardly wanted to break for dinner. When we heard we were running a bit late, the vote for another match was almost unanimous.”

With all of the new content, getting bored isn’t going to happen easily for most. On top of all the new items you can acquire through stickers for existing characters, each side now has three new plants or zombies to choose from. Honestly I was afraid that these guys were all going to steal the spotlight. I was sure that as soon as a match started, everyone would jump to pick Citron, or Rose, or the Imp, etc. Instead I was happily surprised to not only see many choose classics like Peashooter or Foot Soldier, but to find myself still using them from time to time as well. It all seemed pretty well-balanced, and every class still served its purpose

Now that doesn’t mean I didn’t give each new class a good shake before moving on. Admittedly they do feel maybe a bit too powerful in some situations, but not overall. The Imp in particular can really rack up kills with his Z-Mech, but you won’t ever spend an entire match inside that safe shell of armour. He’s otherwise super squishy, and feels like a proper glass canon. Captain Deadbeard is frightening at long range, and a great answer to Cactus. For short range, if you zoom back out his firearm changes into more of a shotgun-like weapon that can send out a ton of hurt so you want to stay just outside of that to counter him in a firefight. The final addition to the zombies is Super Brainz, a primarily melee character that packs quite a punch. I’m still not sure if he will replace All-Star as the main tank, but he’s certainly fun to play with his windup punch and cyclone spin.

On the plant side of things, I personally had the most fun with Kernel Corn. It’s just crazy fun to flip over your enemies and rain popcorn destruction upon them. You can also use it as a handy way to jump over some taller obstacles in a pinch. Of course, I had to bust out my Mob Corn character for the Kernel; this outfit is so incredibly fitting with his persona and dual machine gun arms. The new heftier addition, Citron, is a major contrast to the nimble Kernel. While walking, Citron is slow but steady and can put up a shield to mitigate damage. However when you need some added zip, you can go back to your spherical roots and roll around faster as a ball making Citron sort of a mobile shield. The mobility can make for some very quick changes on the battlefield. Thankfully Rose, the new support class for the plants, can help keep the tide at bay if there aren’t any Citrons nearby. Her slow time can really save not only yourself but your team mates as well, making for a valuable ally. 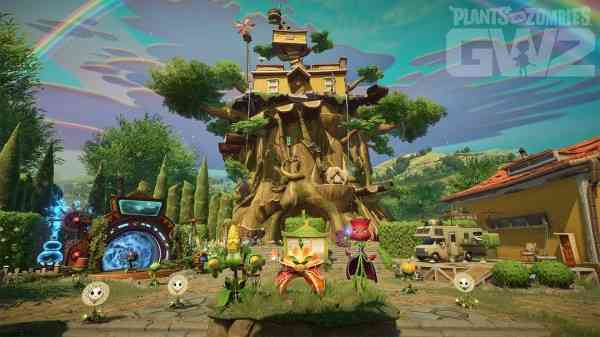 Even with many features not available for testing during the Garden Warfare 2 Public beta over the next week, there’s still a lot to do and look forward to. I guarantee you’ll get at least a few hours of fun out of it, and it’s public so why not give it a shot? Plants vs Zombies: Garden Warfare was a great addition to the third person shooter universe, and Garden Warfare 2 is shaping up to look like a solid successor. But why not be the judge yourself? Unfortunately PC users are out of luck as the beta is only going to be on console, but I think anyone with an XB1 or PS4 should seriously consider putting down whatever they’re playing and spend a few hours playing outside, getting some sunshine in the Backyard. Or, you know, any of the awesome new maps you can play too. 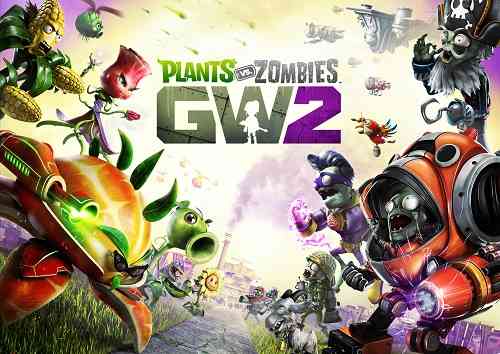