Holomento is an Epic Adventure With Enjoyable Combat

Described as a permadeath action RPG, Holomento had me intrigued from the get-go, but not solely for its self-description. Holomento tasks players with navigating through Eventide Hollow, a cursed land containing ruined towns. I’m a sucker for rebuilding cities in video games and have relatively decent hopes for that in Holomento. Mind you, the game did just release in Early Access. As such, the various mechanics are likely to be improved upon in the lead-up to the full release.

Whenever I hear that a game has permadeath, I am initially wary of either a tough game or one that is punishing upon death. Perhaps due to the equipment I scavenged (or not), I found Holomento to be a relatively easy experience. After equipping a fireworks launcher, I felt no obligation to switch to newer weapons. As with all weapons in the game, switching from ranged attacks to melee was a non-issue, and the combat overall was solid. As for the fireworks launcher, the splash damage to help against mobs offset the imprecise accuracy from range. 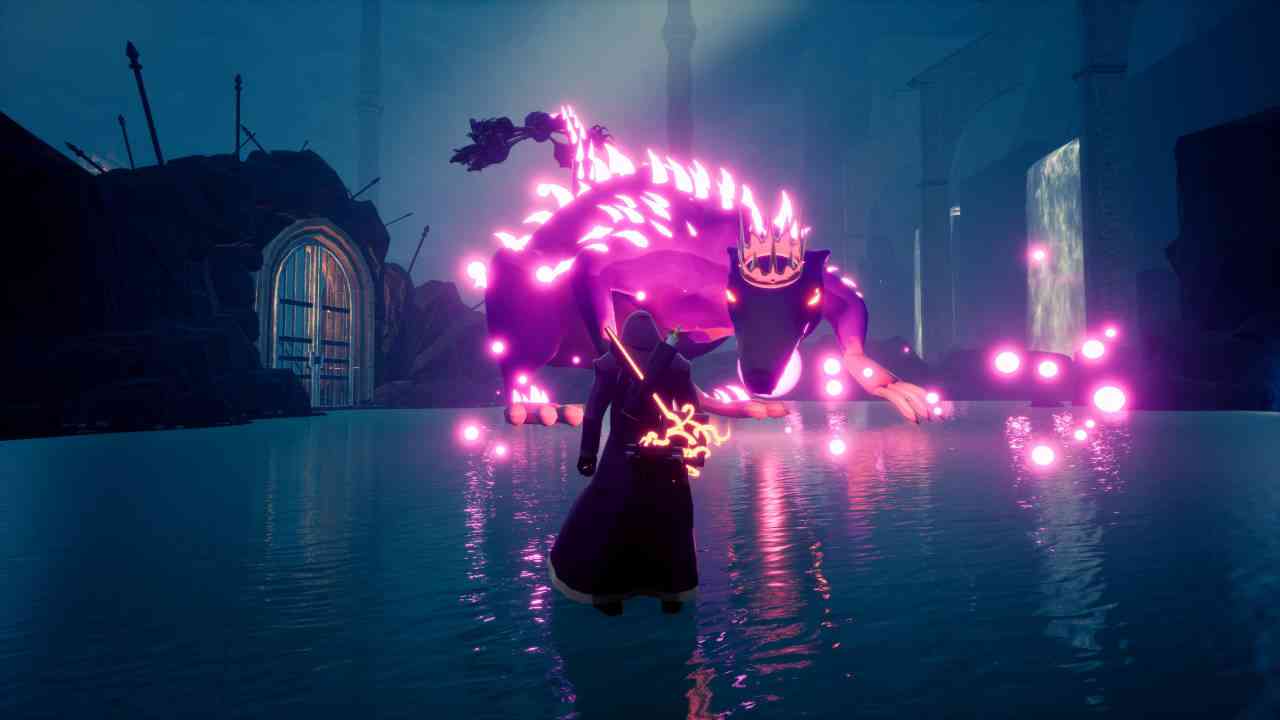 A fireworks launcher feels out of place when compared to the swords and sorcery-type world I expected going in. Still, it eventually grew on me and helped make Holomento feel like it was trying to differentiate itself. On the other hand, it did give me a bit of the same feeling you would get when an otherwise serious game decides to add neon weapon skins. That said, the game continues in Early Access and deserves the opportunity to become its own game, for better or worse. It definitely helps that I enjoyed the weapon though.

The aesthetics of Holomento were a bit generic, but have room to grow. While some of the textures do feel very “indie”, in the sense that it has the same style as many indie games, the overall feel of the world does distinguish itself. The world of Eventide Hollow, its towns, and dungeons all felt great. At this time, the NPCs, player characters, and other models still feel generic.

One Brick at a Time

Lastly, I would love to touch on the city rebuilding aspect of the game. While I half-expected there to be more with regards to helping and attracting characters to towns and rebuilding in that sense, the feature does appear to be pretty bare-bones so far, focusing more on upgrading shops than anything else. Again, the game is in Early Access, and I hope this aspect continues to be iterated on.

All in all, Holomento is a game that interested me due to its concepts and advertised features. With time and effort, Holomento has the potential to be the game that I hope it becomes. It already has an enjoyable combat system and concept, now it just needs to fill in the gaps and continue building upward and onwards.

*** An Early Access code was provided by the publisher ***