What’s your phobia? I know, you put on a brave face, but what is it? High buildings? Swimming in shark infested water? Clowns? I’ll admit, I get the heebie-jeebies when it comes to spelunking. Especially, you know, squeezing through a tiny passage in a dark cave, not knowing what’s on the other side. Do you share that fear? You’re gonna be triggered by Hidden Deep.

Hidden Deep is a 2D action puzzle game. It’s set in a warren of mining tunnels a mile under the floor of the ocean. There are weird things going on, and a team of researchers are sent to investigate. Nearly two years later, they go silent. Your job is to rescue the survivors and solve the mystery of what happened.

You start the game as Murphy, a scout. Murphy descends into the pitch black tunnels. He — and you, the player — must complete a series of objectives. These include things like restoring power to elevators and rescuing survivors, who then join your team. Each objective has a series of sub-tasks, and almost all of them involve exploring the puzzle-filled tunnels. Of course, the tunnels are home to deadly creatures as well. 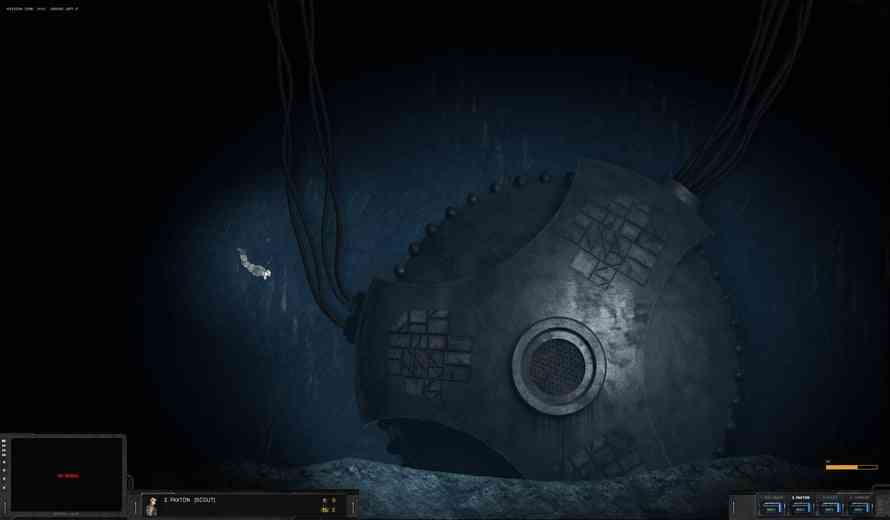 Tools of the Trade

In order to survive, you start with some simple tools. You have a pistol, a grappling hook gun…and that’s about it. Eventually, you find some useful items like explosives, and important bits of machinery. When you rescue Paxton, the Engineer, you get access to a better weapon. Sometime after you power up the elevators, you also get your hands on heavy machinery. Of course, using it comes at a cost. There are genuine surprises and spoilers hidden in the tunnels, so I’ll leave them for you to discover.

A big part of Hidden Deep is puzzle solving, and using whatever tools you have. Just about everything in Hidden Deep can kill you, and probably will. Small drops from a slightly high ledge will do it. A few too many attacks from a flying creature, or swinging a little too hard against a rock face…they’ll all do you in. Hidden Deep does a great job of gradually widening your options for exploration. It can be an incredibly challenging game. There’s not much room for imprecision. Even though there are no Soulslike mechanics at all, there’s a bit of Dark Souls-ish satisfaction in finally getting past a tough area.

As a side note, Hidden Deep’s levels are proof of how much better well-designed, hand-crafted areas are than procedurally generated levels. Especially for a game predicated on suspense and tension, well-constructed levels are important. 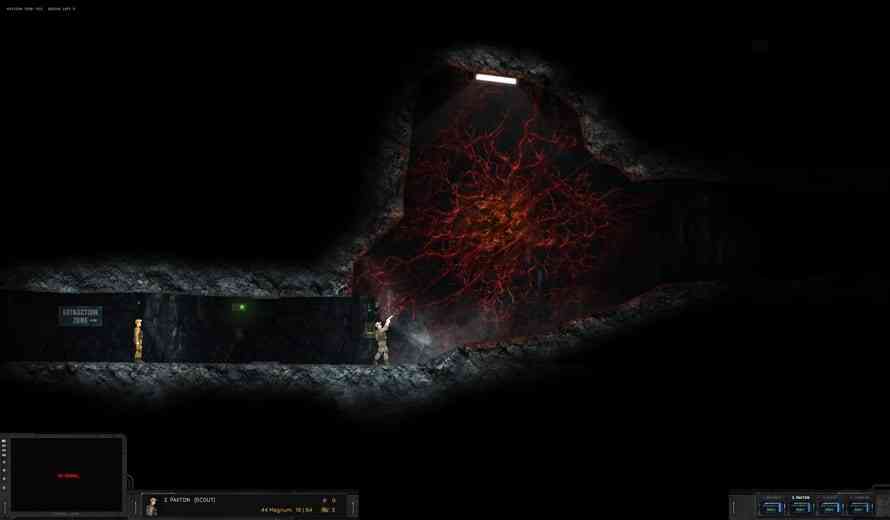 As befits a game that takes place a mile underground, Hidden Deep is dark. The darkness is scary and oppressive. Finally bringing power or a little light to an area feels like a genuine relief. In terms of art direction, Hidden Deep lives somewhere adjacent to being a pixel art game, but there’s enough detail to make the environments effective.

The subtle, ambient music does a great job of adding to the tension of exploration. Sound design is well done, too, with a lot of squishy, organic noises for the creatures and nice punchy weapon and machinery effects. The human characters are effectively animated. There’s a spare amount of voice acting coming from radio chatter, but mostly the humans are silent protagonists.

Hidden Deep is entering Early Access on Steam in pretty good shape already. Since it will be changing over the coming months, whatever minor issues I had might disappear before final release. My biggest complaint was with the game’s mouse and keyboard control. I really hope the developers consider adding controller support, as I think the game is a natural for it. Some of the controls — jumping with the spacebar, especially when combined with a shift key — are a bit sluggish, awkward and frustrating. The game demands a bit of precise aiming, too, which would be so much easier with a thumbstick.

I’d also love to see some difficulty options, so that the focus can be on exploration and puzzle solving. It can be so easy to die that the momentum of moving through the tunnels can be hard to maintain. At least the game saves often and you generally don’t lose too much progress when dying. Hidden Deep would be a nightmare if it was a roguelike. 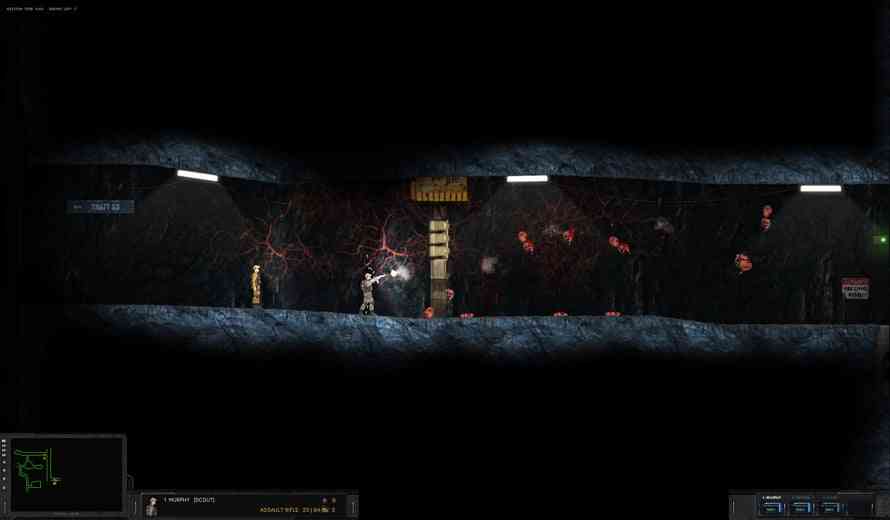 I really enjoyed — if abject phobic terror can be called enjoyment — Hidden Deep’s design and balance of puzzles and action. It does something a little different. Although not set in space, there is a tense, darkness-filled, Alien-like feel to moving through the tunnels. You never know what you’ll encounter. I’m looking forward to seeing how Hidden Deep develops. 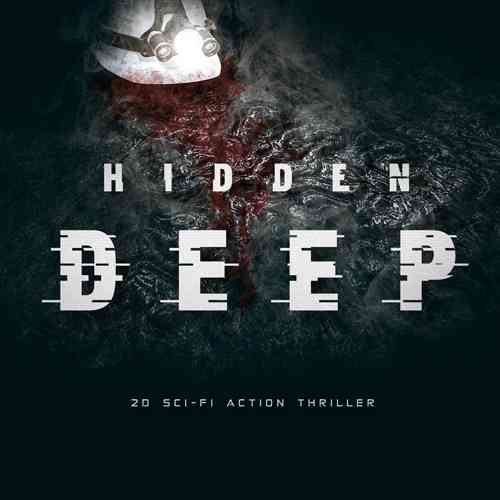