Hands-on With The Xbox Series X

It’s been a couple of weeks since I’ve been in possession of this non-final Xbox Series X and so far, so good. Everything is working as advertised. Faster load times, sharper visuals, blistering speeds and slick new features, the Xbox Series X has it all. It also has this cool little Quick Resume feature that is on full display in the video below. I really don’t have any major gripes about my experiences with the console so far. Sure, I have experienced some bugs, weird audio problems, games crashing, and my controller mysteriously not working from time to time. I expected some of this given it’s a preview build, but make no bones about it, the Xbox Series X feels like a significant leap. It’s capable of things no other console in history is capable of.

As I have mentioned before, I feel pretty damn fortunate I got a chance to check out Microsoft’s latest console well ahead of release. It is both an honor and a privilege, so I am very thankful Xbox Canada was generous enough to offer us this opportunity. I still have my Xbox One X hooked up, but it’s only a matter of time before the Series X takes over and becomes my permanent next-gen console for gaming, alongside the PS5. I don’t have a PS5 to compare against the Series X, so keep that in mind as I tell you all about my experiences.

Microsoft would not allow us to do an unboxing video, which is too bad because the box and the contents are packaged in such a way that is super sexy. Everything is neat, orderly, and easy to find. My Series X came with the controller, power cord, HDMI cable, batteries for the controller and some quick setup guides. That is it. There is nothing really all that top-secret in the box at all.

The console itself is actually quite heavy. There is no doubt, it’s a tanker. Yet it feels like an expensive piece of hardware. I have the console laying horizontally, which I am sure many will do. Yet I can’t help but feel Microsoft intended for users to stand it vertically. It does look better standing in my opinion, but given my home theater layout, horizontally laying down the Series X was my only option. Sure, there nothing flashy or unique looking about the console (it looks exactly like my Shaw router) but I have no real complaints about the look of Series X.

I will say; however, the Series X is a bit of a fingerprint magnet. Maybe my mitts are just greasy, but it does seem to attract fingerprints and dust quite easily. This is more of a small annoyance as I am handling the machine a fair amount as I test it out on my LED TV and 4K TV. Not to mention I am hooking up capture equipment on the daily.

The included controller is also quite nice. Sure, my Xbox Elite V2 Controller will forever be my go-to gamepad; however, the Series X controller is rock solid and a step up from the base current-gen controllers. I like the new D-pad and the grip textures on the back of the controller feel great. The more I am using it, the more I am enjoying it and the less I am missing my Elite controller. The new controller doesn’t exactly reinvent or overhaul the Xbox controller in any way but the incremental improvements are appreciated.

I will mention; however, given I only put batteries in the controller two weeks ago, I was surprised to get a low battery notification so quickly. Maybe the new controller burns through new batteries quicker? I can’t say for certain, but it’s an area I am monitoring closely moving forward.

The setup, as you would expect by now, is fairly easy. Well mostly. Xbox encouraged us to use the mobile app (beta) to set things up. But by the time I had the app downloaded on my phone, the code on the screen that I was supposed to enter on the app had disappeared and the Series X proceeded to initiate the set-up via the console. So that was a bit of a bummer, but the set-up via the console went of without a hitch. I was logged in and started the long process of downloading my games within a matter of minutes.

Xbox was kind enough to supply us with a 1 TB Seagate Storage Expansion Card which is specifically compatible with Xbox Series X and Xbox Series S consoles. This expansion card works with the Xbox Velocity Architecture and it shows. I managed to move 100gb worth of games from the internal SSD to the expansion card in under 2 minutes. I was amazed how fast everything transferred over. I am not sure how many will need this rather expensive expansion card at launch as the Series X boasts a 1TB SSD; however, the added space has been nice while I try out a gazillion games from my library. 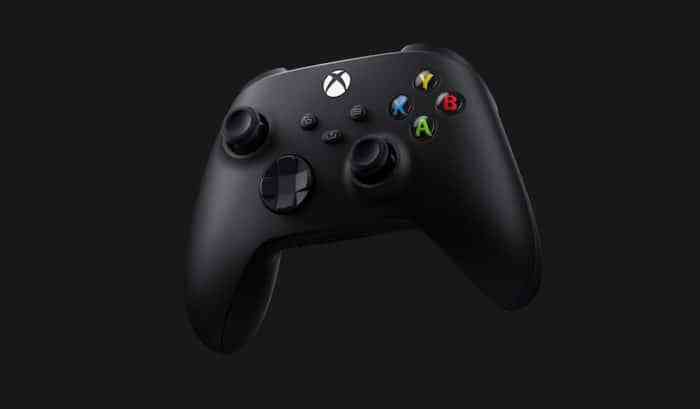 Before I get into the Xbox Series X dashboard and user interface, I should talk about the heating issue that has seemingly taken Twitter by storm last week. With the air vents at the top of the console, most of the heat accumulates near the surface, while the base of the Series X remains cool. It does not get fireplace hot. I repeat, it does not get fireplace hot. Sure, it gets warm by the vents but a lot of the heat issues have been overblown.

While the Xbox Series X dashboard and user interface look largely the same, scrolling through the menu is super fast. I loved it. No delay, no lag, and everything is super responsive. It’s hard to go back to the Xbox One X interface after gleefully zipping around the Series X UI. Navigating from the store, to the games and apps menu, and to the settings is a joy. I should; however, mention that Xbox says this is not the final launch dashboard. Nor is it a final user interface. So I fully expect to see some kind of big change within the next month.

As for the games, they load up in a flash. It’s well documented how fast the Series X performs when it comes to load times. I won’t go on and on about this. But I can confirm games on the Series X load up faster than any current generation console on the market. Even hard drive hogging games like Final Fantasy XV and Gears 5 load up in seconds. The true test for me will be when the notoriously slow Madden NFL 21 becomes available on Series X. EA Sports gridiron game is a slug on current-gen consoles. At the time of writing, I wasn’t able to play it. Yet, every single other game I played booted up significantly quicker than it does on my Xbox One X.

If improved load times weren’t good enough, the Quick Resume function is truly a game-changer. The Quick Resume feature lets you continue multiple games from a suspended state almost instantly. It allows you to return to where you were and what you were doing, without waiting through long loading screens. And it works brilliantly. Don’t believe me? See for yourself in the video below.

As someone who always seems to have a couple of games on the go (and right now, I have far too many), it is wonderful bouncing back and forth between games without much of a delay at all. On a couple of occasions, it didn’t work or kicked me back to the main menu. On another occasion, the game crashed. So it still has some bugs. Yet, more often than not, it worked without a hitch.

Over the past week, I’ve focused most of my attention on DIRT 5, Yakuza: Like a Dragon, and Gears 5. All three have been optimized for the Series X and the result is superb. You can read my DIRT impressions here and my Yakuza impressions here, but I haven’t been able to talk about Gears 5 yet. Of all three of those games, Gears 5 is by far the best looking and performs incredibly well on the Series X.

Other games like Hitman and Final Fantasy XV, who don’t have a great reputation for running smoothly on current-gen systems, run at a silky smooth 60fps. I encountered no slowdowns whatsoever. The power of the Series X CPU shines with some of those old games which chug on current-gen consoles.

Speaking of noise, I did encounter some audio bugs while playing Gears 5 and Gears Tactics. This mostly occurred while wearing the Turtle Beach Stealth 700 headset. During cut scenes, the audio would cut out at times and become distorted. It’s an issue I am still trying to troubleshoot.

Give Me ALL The Games

My only complaint when it comes to the noise is the disc drive. It’s rather noisy. It isn’t as bad as some of the current-gen systems but given how quiet everything else is with the Series X, I was surprised that the disk drive made much of noise at all. I don’t think this is preventable but worth mentioning as folks seem obsessed with how much noise a console makes. I should mention, the Xbox Series X can run game discs from the original Xbox, Xbox 360, and Xbox One. That kind of backwards compatibility support is just awesome.

For movies, you can play DVDs, Blu-ray discs, and Ultra HD Blu-ray discs. All you need to do is download the Blu-ray Player app from the Store app and run it to play those movie discs. The Blu-ray player functionality is top-notch. I threw in my Planet Earth Ultra HD disk I had laying around and it looked amazing. The detail and picture quality was absolutely superb.

Video and audio streaming is available via applications such as YouTube, Netflix, Spotify, Twitch, and others. Much like the rest of the UI, applications pop up super fast. Admittedly, due to some of the embargo restrictions, I haven’t streamed anything yet, but I fully plan to do so once this preview embargo has lifted. Granted, I am not a professional streamer with a rad set-up with cameras, bells, and whistles. But simple streaming as I play games horribly, I am your man.

Is the Xbox Series X a perfect next-generation console? Absolutely not. Is it next-gen worthy and will it be the best Xbox available at launch? Of course and absolutely. The Xbox Series X is truly a leap forward and I am excited to see how developers push the hardware for years to come. The future is bright for Microsoft.