Yakuza: Like A Dragon on Xbox Series X is Wonderfully Wacky, Weird & Smooth

Full disclosure. I am not a Yakuza guy. Sure, I have dabbled in a Yakuza demo or two, but that is about it. I can appreciate how the franchise has a massive following, but for one reason or another, the series has somehow evaded me. So you are getting my impressions from the perspective of a Yakuza noob. Last week, those lucky enough to secure a non-final Xbox Series X (read my early impressions HERE) were granted access to the Yakuza: Like a Dragon demo, optimized for the Xbox Series X. Admittedly, I was hesitant given my lack of familiarity with the franchise but fortunately Yakuza: Like a Dragon is a brand-new entry point for the series. This isn’t your typical Yakuza game. Noobs, like me, should have no problem jumping without any prior knowledge of other Yakuza games. And I can confirm, that is the case.

For the purposes of this preview build, I started out in Chapter 5, which is apparently about 5-7 hours into the game according to the asset package that was sent to me. After a lengthy segment involving a ton of dialogue (which I will say, there is no shortage of dialogue in the game), I was thrown into the streets of Yokohama, where I played some wild mini-games, engaged in battles with street thugs and jumped into various substories. One thing is clear from the beginning, Yakuza: Like a Dragon features a ton of content and depth.

While the main story remains the heart and soul of the experience, exploration is encouraged. I enjoyed just wandering around with my party of three, chatting with various citizens who were just lurking around the city, engaging in the many turn-based battles, and just soaking in everything it has to offer. The open-world setting is certainly a high point and it is visually stunning.

It comes as no surprise that on Xbox Series X, it runs silky smooth. I didn’t experience any kind of screen tearing, lag, or long load times. Everything loads in seconds. I only had a 2-3 second wait in between cut-scenes and gameplay. It’s impressive and makes for a seamless experience.

The turn-based gameplay is super forgiving. I would not consider myself a turn-based veteran at all, but I never struggled when it came to the combat. Many turn-based games can be a bit of a slog and the battles can take forever. This isn’t the case in Yakuza: Like a Dragon as it uses a dynamic and fast turn-based RPG combat system. 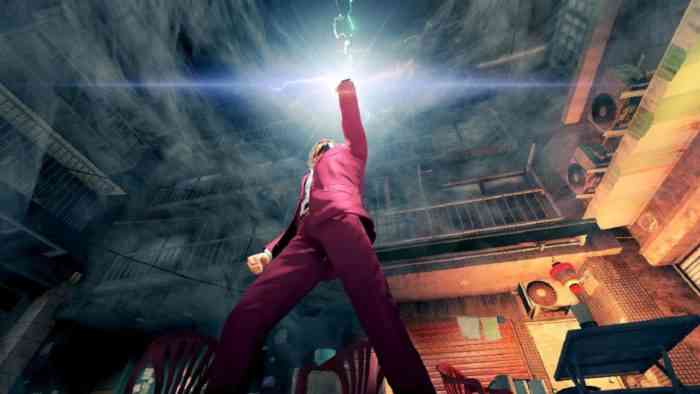 While wandering the streets, enemies appear at every corner. Getting close to them immediately initiates combat, which can be a bit annoying when you just want to get to the next objective. You can use basic attacks, which get the job done, but frankly, these attacks are boring compared to the variety of beautiful skills at your disposal. You can summon some pigeons or dish out a violent flamethrower by using some MP. The results are glorious and satisfying. During combat, you also summon a Postmate who appears in an amazing over-the-top fashion and just mops up any enemies left on the battlefield. It’s a ton of fun and super easy to pick up. Some turn-based games can confuse the crap out of you. This game won’t.

Will You Shut-Up Man

While the combat is wonderfully forgiving and fast-paced, the same cannot be said for the dialogue. It is endless at times and really kills any kind of momentum I established. Far too often I just wanted the characters to shut-up so I could get back into the action. For me, that was really the only downside to the demo. This said I am sure, many will love this ridiculously deep narrative.

There is no shortage of things to do. You can visit restaurants where you’ll restore HP and MP for your whole party. There are mini-games where you’ll try to stay awake watching a movie or test your knowledge at a vocational school. You can fast travel around in a taxi; shop in the equipment stores; and there are hero quests. There is also “Hello Work” which is a key area where you can change your job which drastically alters how you and your party functions in combat. There is so much to do and I haven’t even touched on the 50 substories in the game.

While Yakuza: Like A Dragon may not be for everyone, one thing is for certain, it’s an incredibly robust experience that’ll keep you busy for months. The turn-based combat is enjoyable, inclusive, and runs silky smooth on the Xbox Series X. Load times are at a bare minimum which I must say is glorious. Yakuza: Like A Dragon may not be a system seller at launch but the amount of content in this package is undoubtedly impressive. 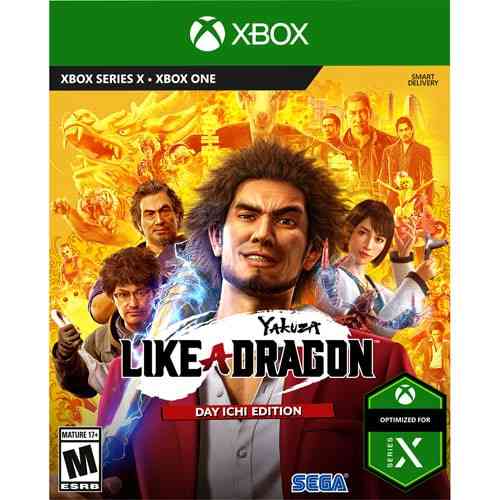