Things I Love About The Series X So Far…

First thing is first. Thank you Xbox Canada for giving our indie video game website from Canada a chance to check out the Xbox Series X a full month and a half before release. Over the years, I have had the chance to do some pretty amazing things in this industry. Checking out an early build of Microsoft’s latest console is without question pretty damn rad. I feel extremely fortunate I get to share with you my early impressions well before release day.

In the interest of full disclosure, I should say that the Series X that landed on my doorstep technically isn’t a final build. It is a part of a preview program where I’ll be able to test games from my backward-compatible library, download some Game Pass games and just get a sense of how everything looks and feels. I’ve only had the console for a few days but already there some things I am absolutely loving about this bad boy. If I am being perfectly honest, I don’t want to go back playing my Xbox One X. Yes, the Series X is that good. Without further delay, here are some things I am absolutely loving about the Series X so far.

This is a game-changer and something we could see Sony introduce eventually with the PS5 in some capacity. For those of you who don’t know, the Quick Resume feature lets you continue multiple games from a suspended state almost instantly. It allows you to return to where you were and what you were doing, without waiting through long loading screens. And it works beautifully. See so for yourself in the video we put together below. For someone that always has a couple of games on the go, it is wonderful bouncing between games without much of a delay at all. At the time of writing, I am busy flipping between Control, Alan Wake, Modern Warfare, Doom Eternal, Perfect Dark Zero and Hitman. On a couple of occasions, it kicked me back to the main menu, but these instances were few and far between. Regardless, I love this feature and I am looking forward to really putting it through it’s paces this month.

As someone who spends far too much time playing Call of Duty games, I immediately noticed how smooth Modern Warfare ran on the Xbox Series X. Sure, it still runs at 60 frames a second and when playing multiplayer. I really didn’t notice a huge difference in-game. However, in the weapon loadout, battle pass, and operator screens, the Series X runs lightning fast. It was wonderful seeing items immediately populate with zero lag or delay. This is likely due to that custom SSD. Granted, I am not a tech guy, but whatever the reason may be, it is beautiful when things appear on the screen as instantly as they should.

The reduced load times is something that has been well-document by now. So I won’t drone on and on about how vastly improved they are. The true test for me will be when the notoriously slow Madden NFL 21 becomes available on Series X. That sucker is a slug on current gen consoles. At the time of writing, I wasn’t able to play it. Yet, every single other game I played loaded up significantly quicker than it does on my Xbox One X. Again, I am not a tech guy so I won’t even try to explain why but I just love how massive games like Modern Warfare and Doom Eternal load up in under a minute, sometimes in seconds.

Not Sexy, A Bit Chunky, But Built to Last

Kinda like me! Look, I get it. Many of the COGconnected staffers think the console looks like an oversized black router. Yes, it’s a tank but when you pick it up for the first time, it feels expensive. It’s hefty but it also feels like I am getting a high-quality machine. Given my home theater layout, I have to lay it horizontally, which is fine. Yet I cannot help but feel Microsoft intended for users to rest it vertically. Regardless of how you need to place it, it’s not a bad looking console and perfectly blends with the rest of my black hardware. The air vents at the top suggest there is more than enough air circulating to cool it down. So perhaps the days of the “red ring of death” are far from over. 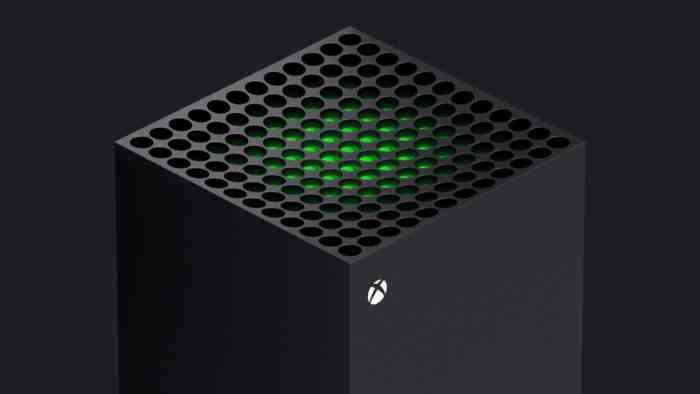 Quiet As A Mouse

She purrs like a kitten. This thing is super quiet. Compared to my OG Xbox One that sounds like a jet engine at times, the Series X is super quiet. I barely hear it. Even when running a robust 100 gig game like Modern Warfare, the Series X is remarkably quiet. I’ll see over time how this holds up when I start filling up that hard drive to the max, but for now, I am impressed with how little noise this thing actually makes.

The Best Xbox Controller Yet

Well sorta. It doesn’t beat the Xbox Elite V2 Controller. That will forever be my go-to gamepad. That said, the Series X controller is rock solid and feels great. I like the new D-pad. The grip textures on the back on the controller is a nice touch as well. I’ve been using it a lot over the past few days and I have to say, I really don’t miss my Elite controller all that much. Sure, the new controller doesn’t exactly reinvent the Xbox controller but the incremental improvements are noticeable and something I am loving so far.

So that is about it and all I can talk about right now. I’ll share some more impressions over the next month as various embargoes lift. Will you be getting an Xbox Series X at launch? Did you make it through pre-order hell? Tell us what feature you are looking forward to.