Tower defense has been a staple videogame genre at least since the 1990s, though its popularity has waxed and waned over the decades. A few of my personal favorites include the Plants vs Zombies series, the Defense Grid franchise, and Kingdom Rush and its many variants on mobile. There have been lots of hybrids, too, games that add a tower defense element to other mechanics. Endless Dungeon brings together not just tower defense and tactical action RPG/twin-stick shooter elements, but tops the salad with rogue-lite dressing.

Of Heroes and Turrets

Amplitude’s Endless universe has previously inspired 4X games like Endless Legend and Endless Space (and their sequels) and Dungeon of the Endless, which combines 4x strategy with tower defense. To say that Amplitude likes drawing continued inspiration from the same well is an understatement. That’s not a criticism. Rich lore and well-imagined worlds can generate lots of content. 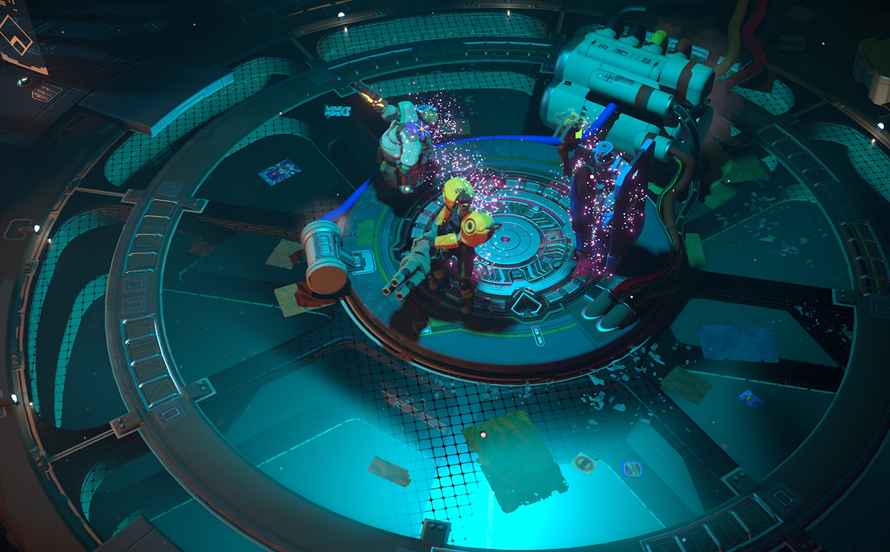 In Endless Dungeon, you control a team of three heroes, shipwrecked aboard a labyrinthine space station. Your task is to move from one section of the ship to another, inching ever closer to the core of the station. You’re also babysitting a bot that holds a precious energy crystal. Lose the crystal and the run is over. Each section of the station you clear allows you to move the crystal forward. You need to build defenses around the crystal back in one room, as your squad advances forward.

In addition to exploring the levels for treasure chests, breakables, and resources, you’ll be engaging in wave-based combat. Each room has tiles on which you can build a variety of turrets, shields and health regenerating stations. Like all tower defense games, enemies come from a variety of directions. Your task is building the most effective turrets and defensive structures for the enemies at hand. My biggest gripe about the combat is that enemies are often very hard to see. They’re often obscured by lighting effects and the way their colors blend into the environment.

Of course, your mechanized turrets are only a part of your arsenal. Your three heroes also have ranged weapons, consumables like grenades, and special attacks or abilities on cool down timers. Upgrades are persistent between runs. There’s a fair amount of tactical thinking as you plan out where to place turrets and position your squad. The action RPG elements are familiar, accessible, and not incredibly deep, but then, they’re meant to be just one piece of the gameplay puzzle. Speaking of puzzles, there are some simple ones scattered through the levels. 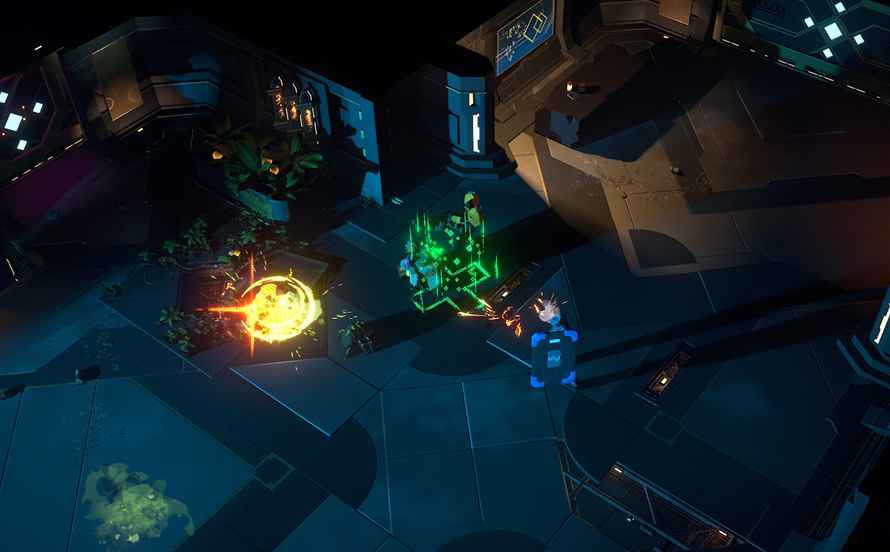 Where 2014’s Dungeon of the Endless was a top-down, 2D game, Endless Dungeon is graphically much richer and up-to-date. Granted I was only able to play a small fraction of the game, but Endless Dungeon has some impressive lighting and weapon effects. though all those pretty lights can make the action hard to read. While the majority of levels are rooms and hallways on the space station, variety comes from changing up the small details.

Endless Dungeon features an understated sense of humor that makes it impossible to take the heroes too seriously. There’s no voice acting, but the twangy, spaghetti-western music sort of gives the game a Firefly vibe. 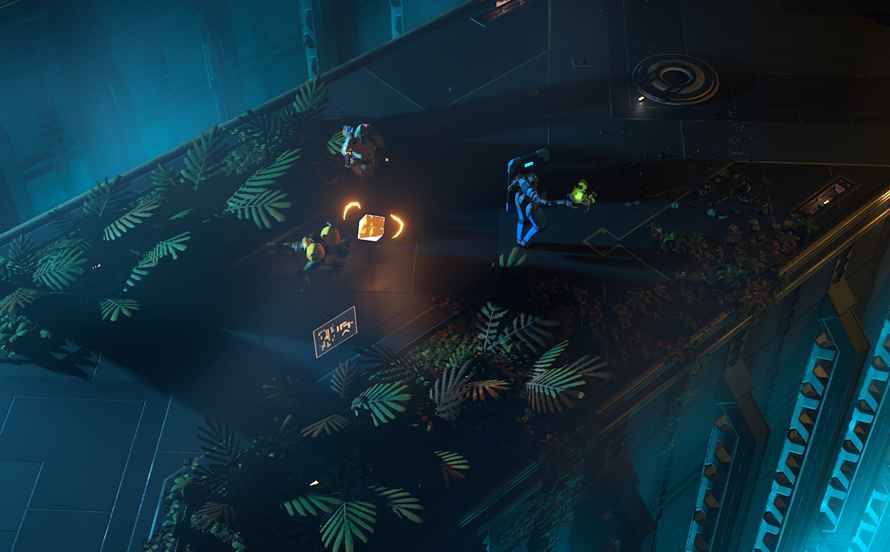 The developers haven’t set a release date, but Endless Dungeon looks promising. The combination of tower defense, rogue-lite, and action RPG mechanics felt pretty seamless and natural. The small slice of game I played was an inviting appetizer, and I look forward to seeing how the game progresses towards release. 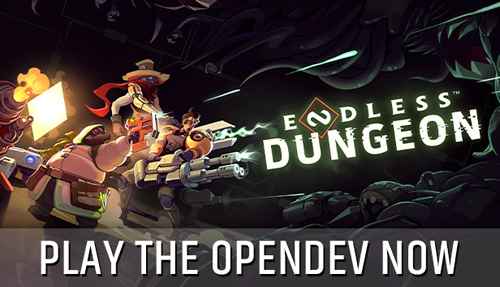