Chicory: A Colorful Tale is Immensely Cute and Creative

Chicory might be the next big indie title to shake the scene and I say this because the final moments of the preview surprised me in a way that I haven’t felt like since Undertale. This simple looking game based around colouring things with a paintbrush not only utilizes the mechanic in increasingly complex ways but also as a source of player expression. Coupled with humorous writing and solid themes, this is definitely a title you want to keep your eyes on.

Everything in the world of Chicory is painted by an artist who is entrusted with a magical paintbrush that is passed down each generation. You play as a janitor, cleaning the tower of the current wielder, Chicory, until one day she goes missing along with all the colours of the world. While searching for her, you stumble upon her magical paintbrush and, just like that, you are off on your adventure to figure out what happened, colouring everything in your way with your untalented, clumsy paws.

Gameplay wise, the puzzles are designed with intense care. They make you feel clever for figuring things out on your own but without making it so complex that you are lost. Simple things like flowers that wilt when coloured in start out as just walls to be taken down, but later are used as bridges by erasing its colours from a higher elevation. The game rewards exploration by utilizing the classic method of putting collectibles just out of your reach to nudge players towards learning its puzzles. 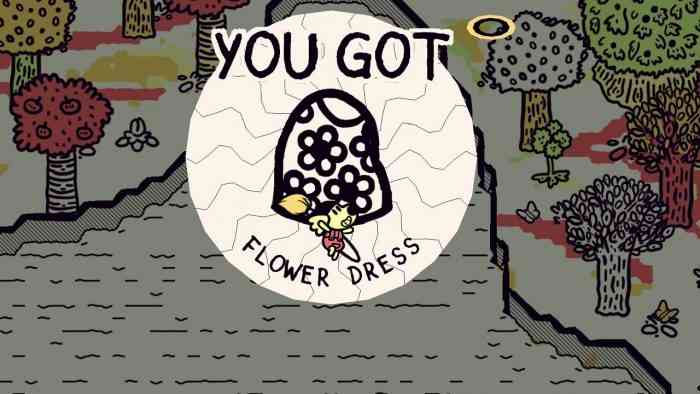 If somehow you do get stuck, or puzzle games aren’t your thing, there are phone booths within the world where you can call your parents to ask them for help. In today’s internet age, I appreciate when devs put in difficulty-accessibility options in the game world because, let’s face it, people are just going to Google it if you don’t. At least this way, the players stay immersed within the world of Chicory.

The music is full of personality and feel just right for the moments they are played—whether that be calming, cute, adventurous, or exciting. The sound design is expressive and makes even mundane actions feel fun to do. The writing is funny right down to the worldbuilding with it taking place in a town called “Luncheon” and everyone being named after foods. In fact, the first thing the game asks you is what your favourite food is, which will then be used as your character’s name (I chose Kimchi). Luncheon is populated with a variety of fun characters like an awkward lizard named Lemon to a hyper-masculine chipmunk named Macaroon, all possessing interesting dialogue that could lead to requests or tips about the gameplay. 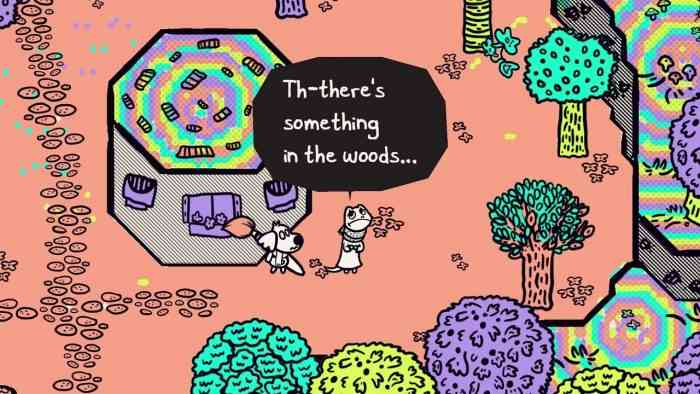 With games that are on Kickstarter, like this one, you may feel a bit skeptical about it, and rightfully so! But to put some of those worries to rest, Chicory is being developed by a team of indie devs with some incredible resumes. With a programmer, composer, and sound designer from successful titles like Wandersong, Celeste, Night in the Woods, and more, the game looks to be in safe hands. Chicory also met its funding goal within a day of going live, so if you don’t feel like supporting them right now, all you have to do is wait for the eventual release. Chicory: A Colorful Tale is currently among my most anticipated upcoming games, and I can’t wait to see how the game continues to develop.

A Heroscape Reboot is Being Crowdfunded As We Speak

Sherlock Holmes: The Awakened Remake Will Launch In Early 2023
Next Gears 5’s Campaign Is The Biggest Change Yet
Previous Nintendo Switch Lite Hands On Impressions