Pokemon GO Bug Out Event Time – When is it?

Pokémon GO is about to undergo another in-game event called Bug Out. In this guide we explain what Pokemon Go’s Bug Out Event is and the timing when it takes place. The event will be focusing on Bug-type Pokémon including the debut of a few new ones. Additionally, the event will feature new wild encounters, raids, and more. 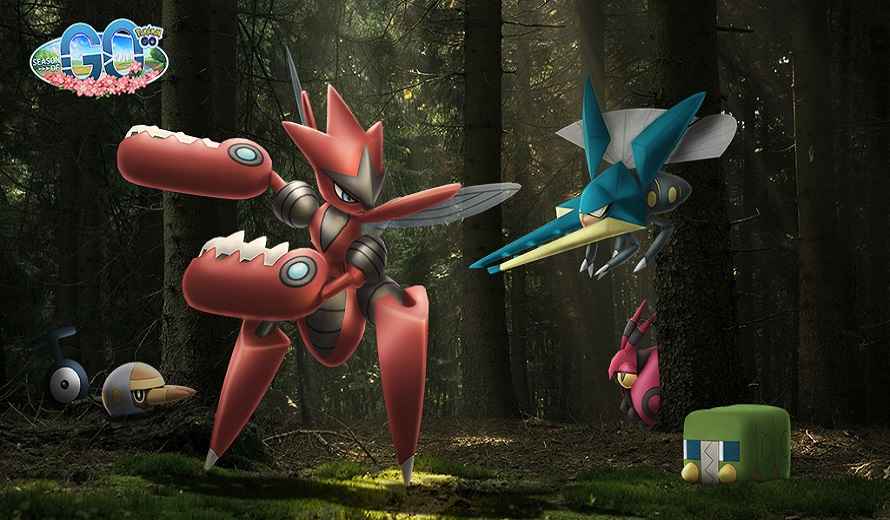 When does Pokemon GO Bug Out Event take place?

How to participate in the Pokemon GO Bug Out Event?

The Pokemon GO Bug-Out event is available to all trainers. Participating is as easy as throwing a Pokeball. Players will be able to see bug-type Pokémon in their area that normally wouldn’t appear. These encounters provide players the chance to catch them, adding to their collection, as well as working towards their bug catching medal. Additionally, players will earn 2x XP for making nice, great, and excellent throws.

What is included in the Pokemon GO Bug Out Event?

The event features a few new Pokémon who will be making their Pokémon GO debut. Grubbin is one such Pokémon that players will be able to catch. The following Pokémon, Charjabug and Vikavolt, will be able to be evolved from Grubbin. Using 25 Grubbin candy will get players a Charjabug. And using 100 Grubbin candy near an activated Magnetic Lure Module will give players the final evolution of Vikavolt.

Yet Grubbin and its evolutions aren’t the only Pokémon making their debut. During the event trainers are also able to face off against Mega Scizor in raids throughout the event. Lucky trainers may even encounter a shiny version. Of course, Mega Scizor will present a tough battle but if you can beat it then you will have a chance to catch one of your own. This big bug will make a fine addition to any team. Any team that is strong enough to beat it that is.

Bug Out Event Encounters and Challenge

Alongside the debut of some bug-type Pokémon, players will also be faced with a challenge. The “Bug-tastic collection” challenge asks players to catch a certain number of bug-type Pokémon. Catching the right amount will grant trainers 15,000XP. Working alongside other trainers will cause more bug-type Pokémon to appear for fifteen minutes. To trigger this bonus three or more players must participate in a raid.

During the event players will encounter more bug-themed Pokémon in the wild and in field research encounters. Additionally, trainers can take pictures with Pokémon for the chance to trigger a surprise encounter as well. A list of bug-type Pokémon will be appearing more frequently, alongside shiny Venipede for the first time, and will contribute to completing the challenge. 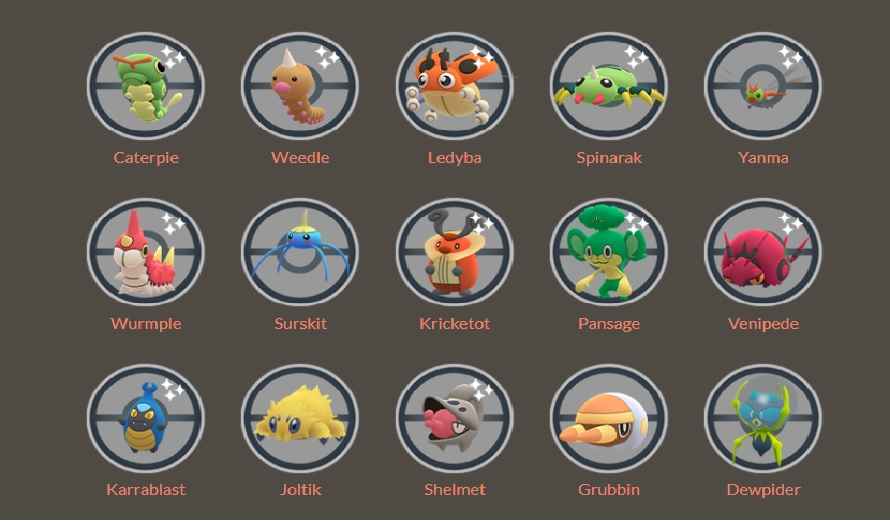 Importantly, the event has been metamorphized into an Ultra Event. This means players participating will receive even more XP, and the chance to encounter other special Pokémon, such as Unown T, in raids and encounters.