A Galaxy Far, Far, Away

It goes without saying that the Star Wars universe is huge. It is ever expanding, adding mountains of new content to its growing list of characters, planets, starships, stories and more. Of course having such an expansive universe means there are always new stories to tell. For instance the past couple years alone gave fans huge additions of content. The Mandalorian, Jedi Fallen Order, The Bad Batch, season seven of The Clone Wars, and of course, The Book of Boba Fett.

With the Book of Boba Fett fans got a look at characters who all could be deserving of a video game. In fact, poor Boba himself is an honorary mention here as his game (Star Wars: 1313) isn’t happening anymore. Still, there are other characters from the show who could make amazing video game protagonists. Black Krrsantan or Master Assassin Fennec Shand are obvious choices. Yet, there is one character who, if a game gave them the spotlight, could take fans on a galaxy-spanning journey. A journey that not only gives players a glimpse of planets all over the galaxy, but one that spans eras, and can expand all we know about parts of Star Wars fans rarely get an in-depth look at. 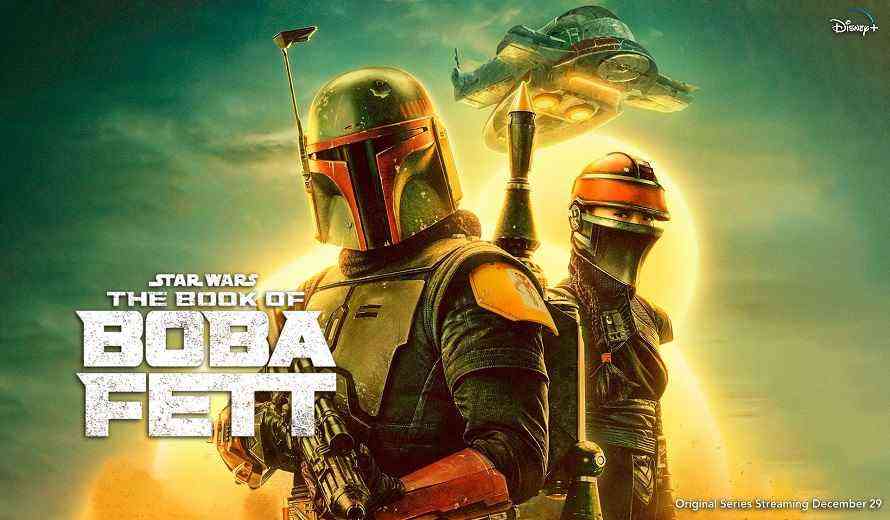 Now, before you continue reading. This analysis will look at a character who appears in quite a bit of Star Wars media. As such, the article will/may contain spoilers for: Star Wars: The Bad Batch, The Clone Wars, the Darth Maul comic series, and obviously the Book of Boba Fett. Now, without further ado let’s dive into a character who could open up a whole new chapter of Star Wars gaming. We will analyze this iconic character and argue what a video game would mean for them and for Star Wars as a whole.

“Any Job… For the Right Price.”

The Book of Boba Fett, and the Star Wars universe in general, introduces fans to a whole slew of unsavory characters. From slavers to criminal syndicates. there are dangerous people everywhere, especially on Tatooine. Yet some of the most fan favorite bad guys and anti-heroes fall under the title of Bounty Hunter.

If it isn’t clear yet which character we’re referencing lets elaborate a little. He’s a gun-slinging, clone-and-Jedi killing, one of the best in the bounty hunting business, the galaxy’s own Lee Van Cleef. This article will be analyzing why the Durosian bounty hunter Cad Bane deserves his own video game.

Cad Bane is a character as iconic as he is cool. As ruthlessly efficient in his line of work as he is a level-headed, often calculating character. He brings with him a certain mystique, an air of mystery, and a look that screams dangerous. Yet, there are so many other variables that would make him an amazing video game protagonist. It is within his very character, and everything that comes with him, that one can find the arguments for Cad Bane as the lead in a video game. 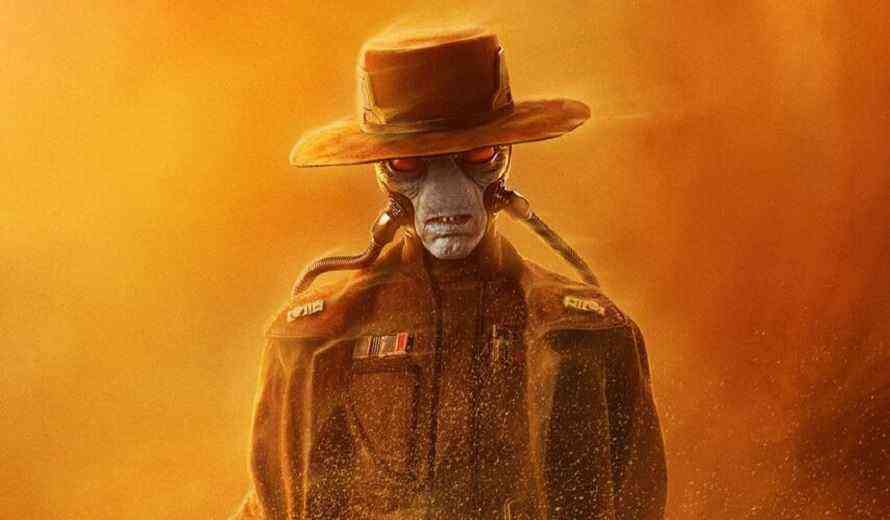 An Obscure Perspective a Bigger Galaxy

The role of bounty hunter is one that fans have rarely gotten to explore in Star Wars games. Excluding the few older games, such as Star Wars: Bounty Hunter from 2002, there isn’t really a Star Wars game that lets players play a narrative as a bounty hunter. Of course, as the intro mentions, Boba Fett’s own game is cancelled and left in the “what could have been” pile.

Cad Bane is the perfect candidate to offer a bounty hunter’s perspective. A protégé to Jango Fett himself, Bane is one of the best to ever do it. As such he works for anyone, anywhere in the galaxy, if they can pay. Thus, the mind can easily see how an open galaxy game would work with players actively playing as Bane and chasing bounties.

For instance, his intro in the Book of Boba Fett is but one of his many adventures. He’s been everywhere from Coruscant, the shining beacon of the Republic, to Nar Shaddaa, the infamous crime moon of the Hutt home world. Player’s being able to play as Bane and explore these places, both iconic and lesser known, will make the Star Wars galaxy feel larger than ever. Players could take Bane’s ship, the Xanadu Blood, and chase bounties to locations that feel different. Planets that have yet too see light in a video game medium. All from the perspective of a ruthless bounty hunter. 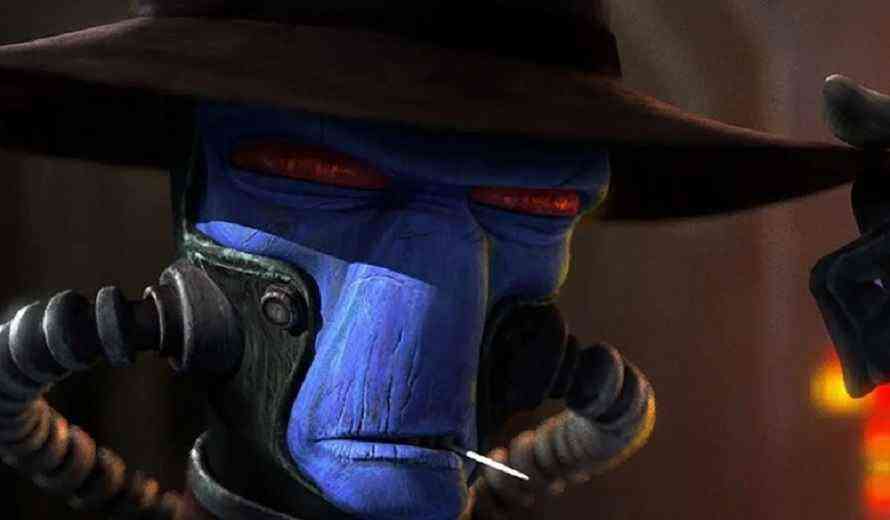 This perspective is important for a game. How many times have fans played a Jedi’s point of view? Here’s a list, and that’s not even all of them. Of course, everyone loves Jedi, who wouldn’t? They are the heroes wielding lightsabers and the force. Yet allowing fans to play as Cad Bane makes the galaxy feel bigger. With stories fans haven’t seen, places fans haven’t been, and a seedy underworld that needs more exploring. Bane can provide this, and he would bring some fun game mechanics.

The Right Gear For the Job

Allowing players to play as Cad Bane also allows them to use his massive arsenal. Its fun to imagine the possibilities of how game mechanics would work with Bane’s equipment. The Book of Boba Fett finale gave fans a nice glimpse of his weapons and gadgets. Yet, fans of Star Wars: The Clone Wars, would not be unfamiliar with some of Bane’s tricks.

Implementing them in a game would allow for a different approach. Do you get every piece of his equipment at once and then use money from successful bounties to upgrade what the player has? Or do you start as a young Cad Bane and simply collect new pieces as the game progresses. Either way there is so much at the player’s disposal with the character. 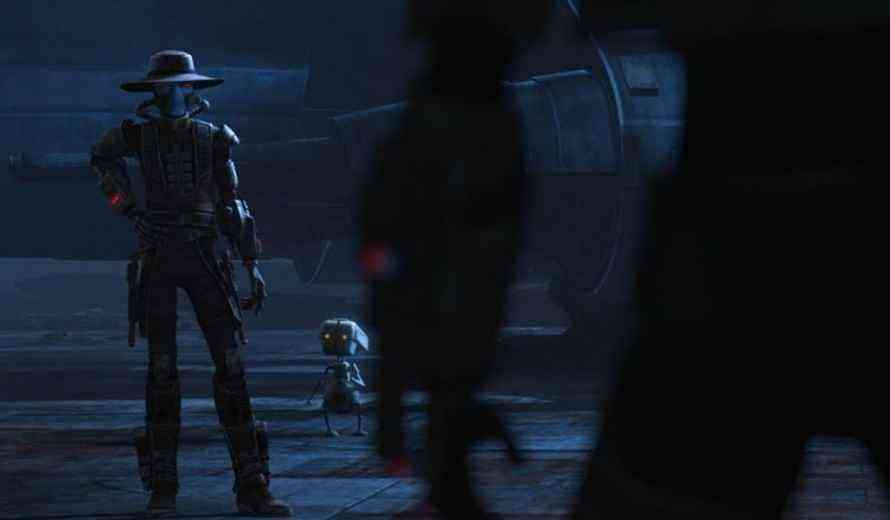 From his famous LL-30 blasters, the same ones that put a dent in Boba Fett’s helmet and downed Cobb Vanth, to his wrist flamethrowers. Bane has a lot to work with and all of it has a purpose. Use his jet boots to traverse an area before gunning down enemies with your blasters. Or maybe shock a Jedi Knight target with his electro gauntlets. Cad Bane has enough gear to keep any fan hooked while also providing players a path to find their own way to play as the infamous bounty hunter. Do you wanna stay true to Bane in Star Wars media and walk into a standoff? Or would you rather approach from a distance and use his GALAAR-15 Blaster Rifle? With all Bane’s equipment, the game could leave it up to the player.

It’s important to remember that when Bane makes his appearance in The Book of Boba Fett he’s an old man. At 71 years old, the Durosian bounty hunter had seen a lot. Yet another reason a game or, better yet, a game series about Cad Bane would be perfect. Why? Because he has been alive in almost every era of canonical Star Wars. From before the Clone Wars until after the Fall of the Empire.

Because of this it’s easy to imagine a Star Wars: Cad Bane series of games that could span different eras. Even a single game with a narrative that leads the player through every Star Wars era would fit the character. Bane would be able to meet with other iconic Star Wars characters some he’d work with and some against. Players, as Cad Bane, could hunt bounties with the likes of Aurra Sing and young Boba Fett. He could do battle against heroes of the Clone Wars just like in the show. 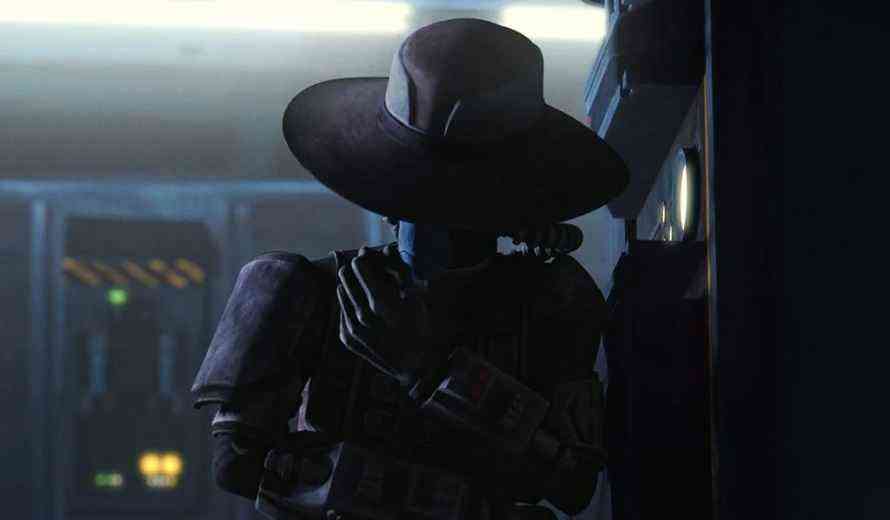 Furthermore a game about Cad Bane would give fans a glimpse of what the bounty hunter was up to after his appearance in the Bad Batch TV show. Fans could finally explore what Bane was up to after the fall of the Republic and more importantly get to play bounties out under the Empire. Maybe there could be missions hunting exile Jedi, or ex-clone troopers. There is no end to the creativity of the missions. In addition, it would mean more to players having watched Bane in action in the Clone Wars, his time mentoring a young Boba Fett, and fighting Jedi, to see his life leading up to his “final” duel in The Book of Boba Fett.

Conclusion: One of The Best

Cad Bane as a character offers so much that would make him a great video game player character. His personality, a rough cut bounty hunter is appealing. His equipment could offer a variety of ways to play and he could really open the Star Wars galaxy up to some of its shadier parts. Additionally he has been alive to see so much of Star Wars history and would provide the chance for players to see it from a not-so-seen perspective.

Bane is the antithesis of most Star Wars games. He isn’t a Jedi hero like Cal Kestis, or a turncoat stormtrooper like Iden Versio. No. He’s exactly what you want from a bounty hunter, and would provide such a massive amount of content to any game he was the lead of. He’s ruthless, efficient, has standards (for the most part), and is simply an engaging character who has worked alongside, or against, some of the most famous Star Wars characters ever. From the Clone Wars, to the Bad Batch, to the Book of Boba Fett and beyond. Maybe, Cad Bane’s just what a Star Wars game needs. 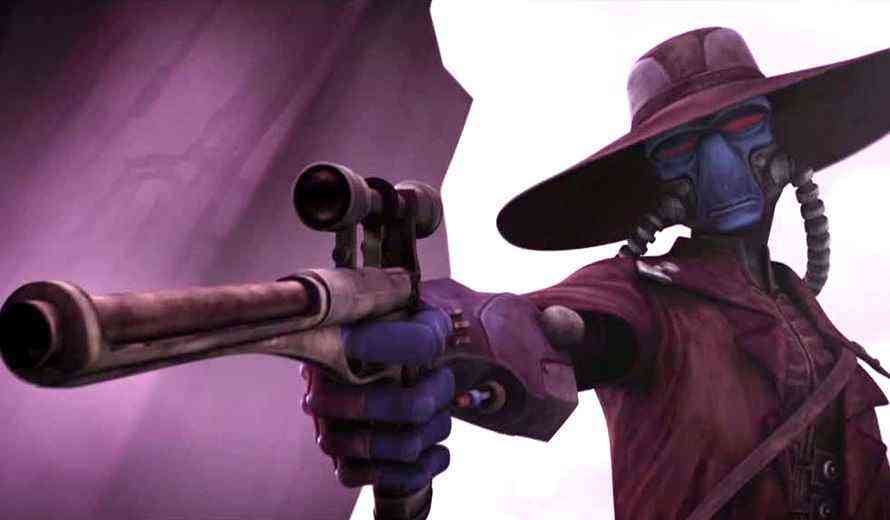 Star Wars: Knights of the Old Republic II Heads To The Switch In June
Next The Three Best (and Worst) Video Games from February 2022
Previous Top 5 Video Games Arriving in March 2022