February 2022 had to be one of the best Februarys in video game release history. March, however, is farther from Christmas, and usually packed with games. March 2022 will not disappoint. I can’t believe that any of our nominees aren’t in the Top 5 Video Games Arriving in March 2022. There are 3 nominees this month: WWE 2K22, which is a huge release from a series that has fallen from grace. Ghostwire: Tokyo is a horror-themed FPS developed by the veteran Dev team that made the Evil Within games. And Babylon’s Fall is the new PlatinumGames game, published by Square-Enix (the last time that happened we got Nier: Automata). With those huge nominees out of the way, here are the Top 5 Video Games Arriving in March 2022: 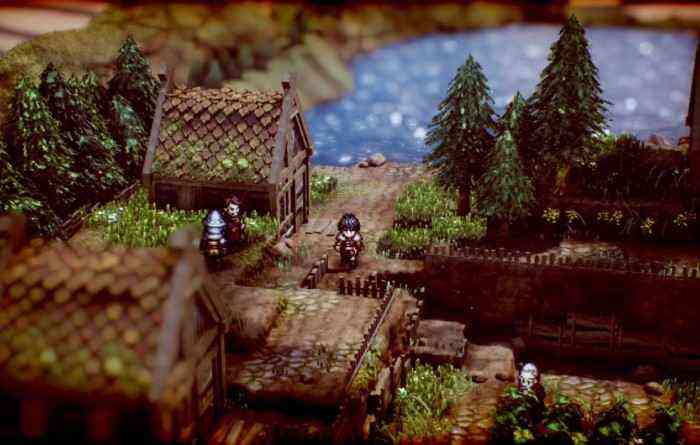 Kirby and the Forgotten Land is a game that seems like its arrival is 26 years later than it should be. The Kirby series has taken many forms since its debut on the original GameBoy. We all thought there would be a 3D adventure Kirby game for the Nintendo 64. When there wasn’t, we assumed there would be one for the GameCube, then the Wii, then the Wii U. Finally, on the Switch, Nintendo decided to grant the wishes of the many! Kirby will not be relegated to 2D handheld title status any longer! Now we just need to hope that the quality of this new Kirby title is closer to the quality of the handheld Kirby releases, and further from his lackluster console appearances…

Tiny Tina’s Wonderlands is essentially the new Borderlands game. It’s a direct sequel to the Borderlands 2 DLC campaign, Tiny Tina’s Assault on Dragon Keep. The game features an overworld inspired by Final Fantasy, character classes inspired by tabletop RPGs, and a loot system made famous by the Borderlands series. Even non-FPS fans seem to be excited by this release. Tiny Tina’s Wonderlands will be available for everything except the Switch. And those who haven’t played the original DLC campaign can now get it as a very low priced standalone.