Ranking The Uncharted Series From Worst to First

Uncharted 4: A Thief’s End marked the end of Nathan Drake’s story, but there’s still one more adventure to go. Uncharted: The Lost Legacy brings back fan-favorite Chloe Fraser alongside Uncharted 4 villain Nadine Ross as the pair take a trip to India after the events of the last game. The developer now looks towards the inevitable Last of Us sequel and probably another new IP from their second team as the studio faces a future without Nathan Drake. But we can always look back to the series’ past to determine which treasure hunting adventure tops the list. Without further delay, enjoy our “Uncharted Series Countdown” as we rank the games from worst to first.

Yes, I’m cheating a little bit, as Golden Abyss was actually developed by Sony’s Bend Studios but it is enough of an ‘AAA’ experience to be put on the list, and many believe it to be better than 2007’s Drake’s Fortune. Golden Abyss takes Drake and Sully to Panama where a new cast of characters are involved in another grandiose plot. The problem with having an Uncharted game on a technologically weaker handheld is that the developer can’t really show off the set-pieces the series is known for or the breathtaking acting during cut-scenes. Not to take away from the Vita title as it looks gorgeous on the handheld and has a strong narrative to boot. But it just can’t keep up with its technologically superior older brothers. 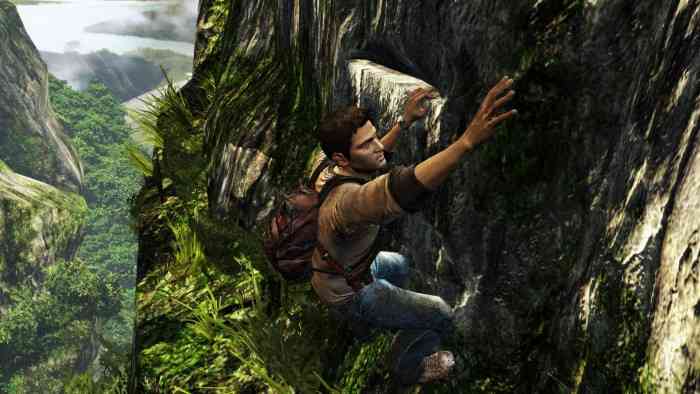 With the first game in the Uncharted series, developer Naughty Dog introduced Drake and his merry cast of adventurers to PlayStation 3 players. The use of motion capture was a fairly novel idea to employ in games and should have been the first of many signs as to how seriously Naughty Dog would take their storytelling. Voice actors were no longer just recording in booths, as they now wore full body suits that translated into believable cut-scenes in-game. But just as with Golden Abyss, Drake’s Fortune was just not at the level its sequels achieved in both narrative and action aspects. Although to its credit, it did deliver us one of the best quotes in the series’ history with a line from Drake’s mentor and friend Sully noting with a chuckle, “El- God damn –Dorado.” 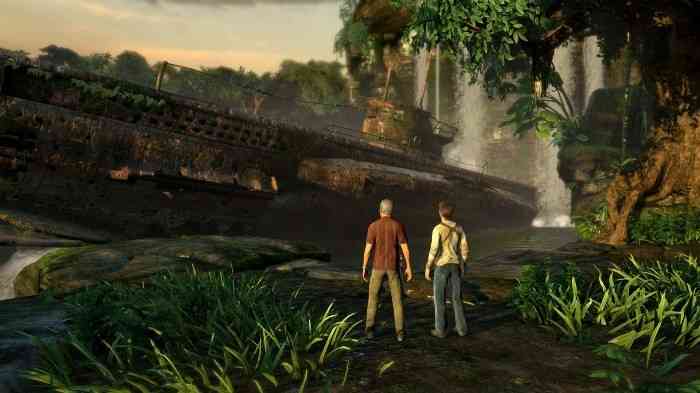 The Lost Legacy is essentially the middle part of an Uncharted game. It’s great in many ways, but it doesn’t do anything as well as any other game. Its writing is not as good as Uncharted 4’s, its action is not as good as Uncharted 3’s, and its pacing is not as good as Uncharted 2’s. But it doesn’t have a single, significant flaw that I can think of. However, there are a few misgivings. Naughty Dog played up a completely foreign adventure to India only to throw us into a generic jungle setting that could have been set anywhere in the world. The Western Ghats section of the game has little to no Indian architecture. It’s just a bunch of trees and rocks. They may be beautiful, but that doesn’t really scream “India” to me. Certain characters are used as plot devices, ignoring any kind of character development to make me care about them. The chemistry between Chloe and Nadine is suspect, at best. Not to mention, the ending is a little disappointing. The Lost Legacy proves that Uncharted is not suited for DLC-style content. It works with The Last of Us because the main campaign is simple in its nature. Whereas in Uncharted, there has to be cities collapsing and set-pieces galore which doesn’t work within the budget of an expansion. 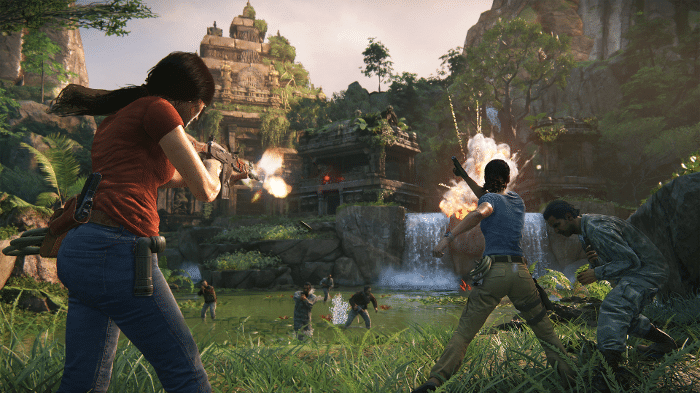 Click on through to PAGE 2 to see more of our Uncharted Series Countdown.

Uncharted Movie Twitter Shares Enigmatic Screenshots
Next The Evolution of Uncharted – Interview With the Uncharted: The Lost Legacy Developers
Previous Suit Up and Roll Out: The Top 5 Agents of Mayhem Team Combinations