While November 2019 saw big releases such as Death Stranding and Star Wars: Jedi Fallen Order, December is typically a slower month for releases. December 2019 follows this pattern, with less big releases than previous months. Despite this, December 2019 still has much to offer for gamers looking for new experiences. 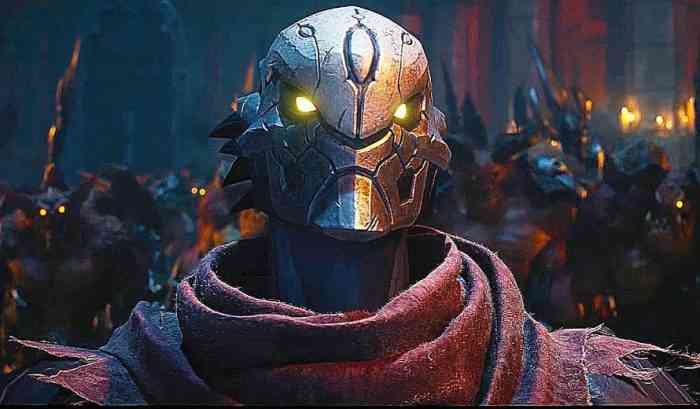 The Darksiders franchise continues with Darksiders: Genesis, putting players in the role of War and Strife, who is playable for the first time. Players can swap between the two characters in an isometric viewpoint, or play cooperatively. Taking place before the events of the first game, Darksiders: Genesis is sure to pique the interest of franchise fans.

Star Ocean: First Departure R is an HD remaster of the original Star Ocean game, bringing players back to where the series first began. Having played some of the more contemporary titles, going back to the beginning is something that myself and other fans alike can look forward to. With a fully voiced experience with your choice of tracks, quality of life improvements, and visual improvements, First Departure R looks like a solid remaster.

While Life is Strange 2 is falling a bit under the radar when compared to the original series, it is still a quality title. With its episodic releases, the series has come to its final one over a year after it first started. Those who have followed along will finally get to finish the story, while those like myself who have waited for it to conclude first will get the chance to start it. The original Life is Strange exceeded my expectations, and I have a sneaking suspicion that the second iteration will as well.

If you like giant mechs, lasers, and destruction, look no further than MechWarrior 5: Mercenaries. MechWarrior returns with its latest iteration, bringing with it hundreds of BattleMech variants, management of an army, and 4 player PvE co-op. Fans of the series or genre will know what to expect, and others will surely find joy in wanton destruction.

Halo: The Master Chief Collection finally makes its way onto PC, starting with Halo: Reach and then continuing with Halo: Combat Evolved and then the rest of the series. The Halo series is nothing new, and anyone interested has had plenty of time to delve into the Xbox line of consoles. However, fans have been waiting for the MCC on PC for a while now, and 343 Industries is about to set things right.

Be sure to follow us on our social media channels and as always thanks for checking out this article.

At Long Last, Halo 3 Is Finally Getting a New Multiplayer Map

Life is Strange Developer Dontnod and Square Enix Reportedly Sever Ties
Next The 3 Best and 3 Worst Games of November 2019
Previous Holiday 2019 Gift Guide: Best Stocking Stuffers for the Gamer in Your Life