All that said, while Ubisoft’s conference had some great moments, there were also some not-so-great moments that dragged the show down a bit.

1) Another E3 With No New Splinter Cell Revealed

There hasn’t been a new Splinter Cell game released since 2013’s Splinter Cell Blacklist so it seems like a series that was once one of Ubisoft’s premier franchises has been left by the wayside. The Rainbow Six and Ghost Recon franchises have both made comebacks in recent years but Splinter Cell has been missing in action for almost six years now! What’s going on with Ubisoft?

Well, as far as I can tell, a new Splinter Cell game is being considered by Ubisoft and, at some point after Blacklist’s release, a new game was being developed by Ubisoft Toronto. Unfortunately, according to Kotaku’s Jason Schreier, a new entry in the vaunted stealth series currently isn’t “in active production“. It sounds like Splinter Cell fans are going to have to wait even longer until a new game in the series gets announced.

For years, it seemed like a Beyond Good & Evil sequel was nothing more than vaporware until a prequel (confusingly titled “Beyond Good and Evil 2”) was unexpectedly revealed at Ubisoft’s E3 2017 conference. Now here we are two years later with no release date or window. It isn’t even clear what platforms the game will be available on (but Google Stadia eventually being one of them would be a good guess).

Combine all this with the controversial decision to make the prequel an online-only game and one would think that Ubisoft would’ve had some new gameplay to show or release date info to reveal in order to get back into the good graces of the Beyond Good and Evil fanbase. 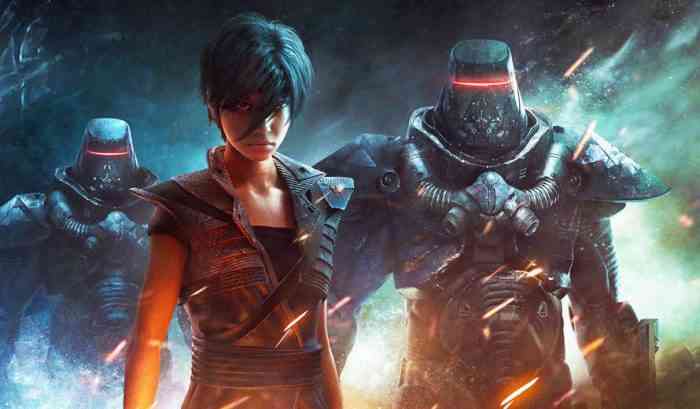 Instead, the game’s developer at Ubisoft Montpellier announced back in May that it wouldn’t be making an appearance at E3 2019 and it doesn’t sound like fans should expect any big Beyond Good and Evil 2 news later this year either.

The main antagonist of the upcoming Ghost Recon Breakpoint is a former Special Forces soldier named Cole D. Walker, who’s being voiced by the excellent The Punisher actor Jon Bernthal. Despite Bernthal’s talent, Walker seemed to be a pretty by-the-numbers bad guy who Ubisoft tried to present as an intriguing character in the E3 2019 trailer, “Walker Manifesto“.

In the trailer, Walker makes a long speech that says basically nothing. The background music is dramatic and Walker’s facial animations look appropriately unnerving but his dialogue was nothing more than a bunch of empty buzzwords (e.g. “Ghosts”, “Wolves”, and “brotherhood”). I still don’t know why exactly he’s taken over a tropical island and wants to command an army of armed drones but so far nothing that’s been shown about Walker compels me to find out why.

Despite what I posted above, Splinter Cell sort of had a presence at Ubisoft’s E3 2019 show! It looks like Splinter Cell protagonist Sam Fisher will be a playable character in…the upcoming mobile game Tom Clancy’s Elite Squad?

Look, I get that mobile games can make a lot of money (especially if they have pay-to-win microtransactions or lootboxes) but nothing about this game’s reveal made me think that it’s going to be anything other than a game people will play for a week or two before uninstalling it. But hey, maybe I’ll be wrong and Tom Clancy’s Elite Squad will end up being a massive commercial success when it makes a kajillion dollars. Either way, this game was the least interesting part of Ubisoft’s conference on Monday.

Go ahead and call me a stubborn gaming traditionalist but I think it’s reasonable to expect an E3 conference to only have game announcements or at least make sure that non-gaming announcements don’t take up much time. E3 is about games first and foremost so spending several minutes of your presentation on a TV show isn’t a good use of your time. Unfortunately, Ubisoft decided to do just that when it revealed Mythic Quest: Raven’s Banquet, a comedy TV show about the titular fictional game.

While this show seems like it could be a fun time, this isn’t something that a game developer & publisher like Ubisoft should be spending valuable E3 time on. E3 is about the games, people! The games are the reason why we’re here! Also, it really doesn’t help that this TV show announcement came right after the stellar reveal of Watch Dogs: Legion.

Despite all my complaints, Ubisoft still had a good showing at E3 this year and I’m certainly looking forward to several of their upcoming games such as Watch Dogs: Legion and Rainbow Six Quarantine.

What did you think of Ubisoft’s E3 2019 conference? Let us know your thoughts in the comments section below.