Ok, it’s not one card, but they pretty much go hand in hand, as these cards aren’t that useful on their own. This combo is a staple in EVERY Druid deck because it’s just too good. For the opposing player, leaving one or two low attack minions on the Druid players side could end up in an unfair-feeling One turn kill. Just like archmage, playing against a Druid is a race against time where your only option is win before the opponent  draws the combo.  At least against archmage you have one turn to react. 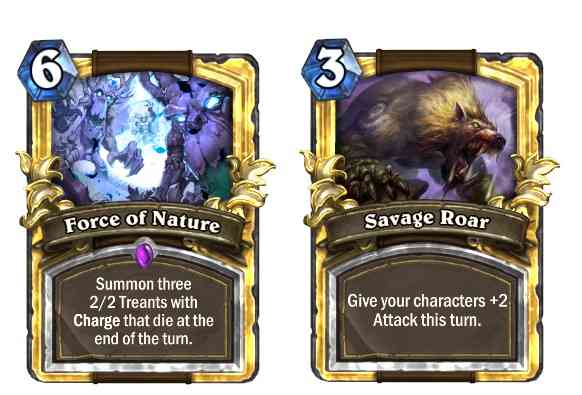 This card may as well have a giant taunt on it. If allowed to live, your opponent will be dropping high cost minions for nothing. Even if immediately removed, It also has immediate impact when played, reducing all cards in hand by one. And remember the previous cards of Archmage Antonidis and Force Roar? They become even more savage. 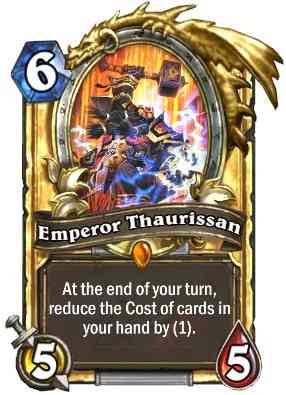 This card is the biggest pain when fighting against a warrior. Not only can it delay the game by giving the player 5 armour, but it opens up a chance to use shield slam or swing one of your monsters with a weapon with almost no consequence..  And the big 5/5 body is great too.  It puts you in a tough position whether to waste your removal spells on it.  Control warriors could not exist without shield maiden 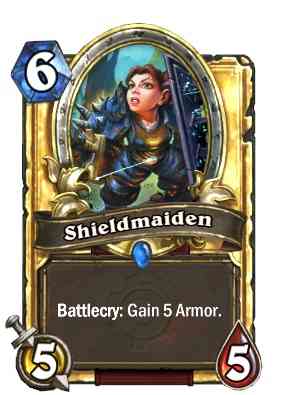 Handlock, while very expensive to craft, is one of if not the best deck in the game. It is consistently played in tournaments due to its lack of regard for how the opponent plays, but focuses on what’s in your hand. Low cost removal, huge monsters, and the ability to come back from the brink can make any opponent feel like rage quitting. Honestly, a top 10 list based on Warlock cards alone could be made, but my vote for the best game changing Warlock card would be Shadowflame. With the mere sacrifice of a single high attack minion, of which the Warlock has many, can wipe even the most stacked boards –leaving the Warlock to push for the easy win. 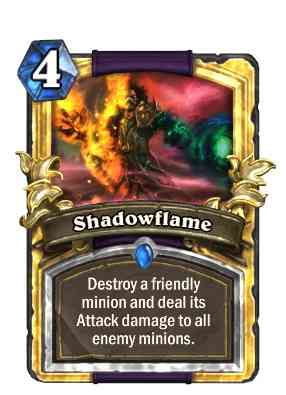 Bastion Finds a Hat in Overwatch 2, But Loses So Much More
Next 3 Up, 3 Down – The Best (And Worst) Games From December 2015
Previous 7 Reasons to Get Excited for Black Desert Online, A Gorgeous Open World MMORPG