The Swords of Ditto: Top 10 Tips and Tricks for Saving the Island

With so many massive games launching this year, it’s entirely possible that The Swords of Ditto is somehow flying under your radar. Now it does have a child-like aesthetic at first glance, and for the hardened gamer that simply must have an automatic weapon on screen at all times, maybe this isn’t for you. If, however, you happen to be more inclined to RPG’s or classic titles like Legend of Zelda: A Link to the Past, then this is exactly the game you need to be playing.

On the surface it’s a throwback to classic RPG gaming with a top-down camera, puzzles to solve and enemies to vanquish, but onebitbeyond has gone beneath the surface of the colorful and adorable game to include a few layers of genius. Featuring things like permadeath with serious consequences, compact RPG gameplay, and an overarching narrative involving long lost deities, a curse on the realm, and so much more, you would be mistaken to assume this is a game just for kids. Of course, for more details you can head over to our full review, but in case you’ve been itching to get started on your very own adventure and needed more guidance than Puku the dung beetle can provide, here are 10 tips to help you succeed in The Swords of Ditto.

Instead of offering the Sword an accompanying shield, the hero is left with only their trusty blade and plethora of gadgets to defeat Mormo. To help give the Sword an edge, players have a trusty dodge roll that leaves them temporarily invincible while executed. Hitting solid objects will see the Sword bounce off, but rolling passed enemies is a vital necessity of survival, so don’t be afraid to roll at them head-on. With a variety of enemy attacks that close the gap or have an AOE, it’s important to use your mobility to the utmost. You’ll also find options to upgrade your roll later on to move faster, roll further, or even add elemental effects such as leaving a trail of fire. If you aren’t dodging after every few swings, you aren’t doing it right.

The game offers three difficulty settings, with the primary difference between them being how long you have until your final battle with Mormo. After playing through several lives and getting a grasp of the game, by all means play on whatever you like, however, playing it on Relaxed gives you seven full days to explore the procedurally generated island of Ditto which can be absolutely crucial. Not only does it provide ample opportunity to dungeon crawl, grind some levels, find health items and toys, and complete quests for the citizens, it lets you begin a number of very important tasks that transcend your lifetime. That brings me to my next point.

Whether it’s a giant existential cat, a gruff sea-faring penguin, or a friendly, chatty walrus, Ditto has a number of inhabitants that you desperately need to make their acquaintance. Whether it’s the octopus who will combined your stickers to make one better one or any of the other weird creatures in the land, each of them will either offer you a deal or present a task for items that won’t appear until you have spoken to them at least once. Activating these quests will fill the world with crystals to collect, penguins to catch, and much more, so use your time wisely and be sure to talk to all of them. Once you have spoken to them their quest will remain open across each of your incarnations. 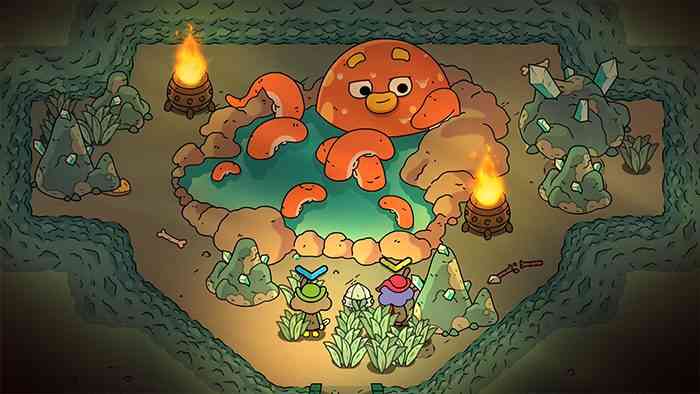 Combat can be tough when you are surrounded, but should you happen upon an enemy who looks like a clear bubble with a colored gem inside – ignore every other creature and defeat it. Only appearing once you have visited the fountain of serendipity, these creatures are rather rare and once they spot you will try to run away. You’ll need to kill them and collect five gems to bring to the fountain for a chance to commune with Serendipity herself and possibly learn how to break the curse. Unlike the tokens you offer to activate Serendipity’s minor fountains, these gems do not carry over into the next life so if you can only find four before the time limit it’s better luck next time. Don’t let the bubble monster get away!

6. Secretly, We All Love Stickers

Stickers are the primary resource for improving your character. As you level up you’ll unlock slots in which to place stickers, with abilities ranging from enhanced damage at night, to a flaming sword, to increased defense or resistances and much more. Once you fill all available slots, the stickers you come across in chests will often be improved versions of what you have, so it’s important early on to visit the sticker shop and try to find one with the health regen buff. Buying one with a 5% boost at the start of one of my adventures gave me a slight advantage, as healing items can be scarce unless purchased. By the time I was ready to fight Mormo I had a 33% health regen buff and was healing almost as fast as I took damage. Increasing this one buff can be the single most important stat. 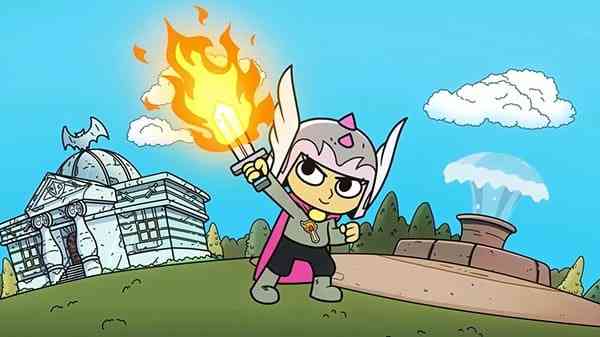