Controllers And Cases For That Extra Dread Layer

Have you fallen in love with Metroid Dread? Are you turning into a total Dread head? If so, there’s hope for you yet! By hope, I of course mean branded peripherals capable of expressing an extension of this love. PowerA has a line of Metroid Dread Switch accessories out, perfect for waving that flag a little bit higher. Maybe you’ve already gotten the collector’s edition of the game, and you want to do even more? Well, what about a wired Switch controller and a console case? That way, it’s just all Dread, all the way down!

Personally, I had zero expectations for this game. Metroid, you say? Bah! Anyways, I was super wrong, the game rules just, so damn hard, and here we are. You can read my review right here! Obviously, I have since become the target demographic for products like this. The two pieces represent the two primary ways to use the Switch, portable and docked. As I’m a bit of a homebody these days, let’s start with the controller.

Drive Up Those Dread Levels

So it’s kind of cheap? In both good and bad ways. Listen, Pro controllers come at a premium, they always have. You want to game with something besides the Joy-Cons, you’ve gotta cough up some real coins. That means when something comes along at less than half the cost of a Pro, it’s worth serious consideration. On the other hand, there are some features missing. This bad boy is wired, for example. Also there’s no rumble, no motion controls, and no amiibo functionality. But you’ve got programmable buttons on the back, and a headphone jack built into the front. Plus, it’s splashed with Metroid Dread art! Also the cord is ten feet long, in case you were worried about that. 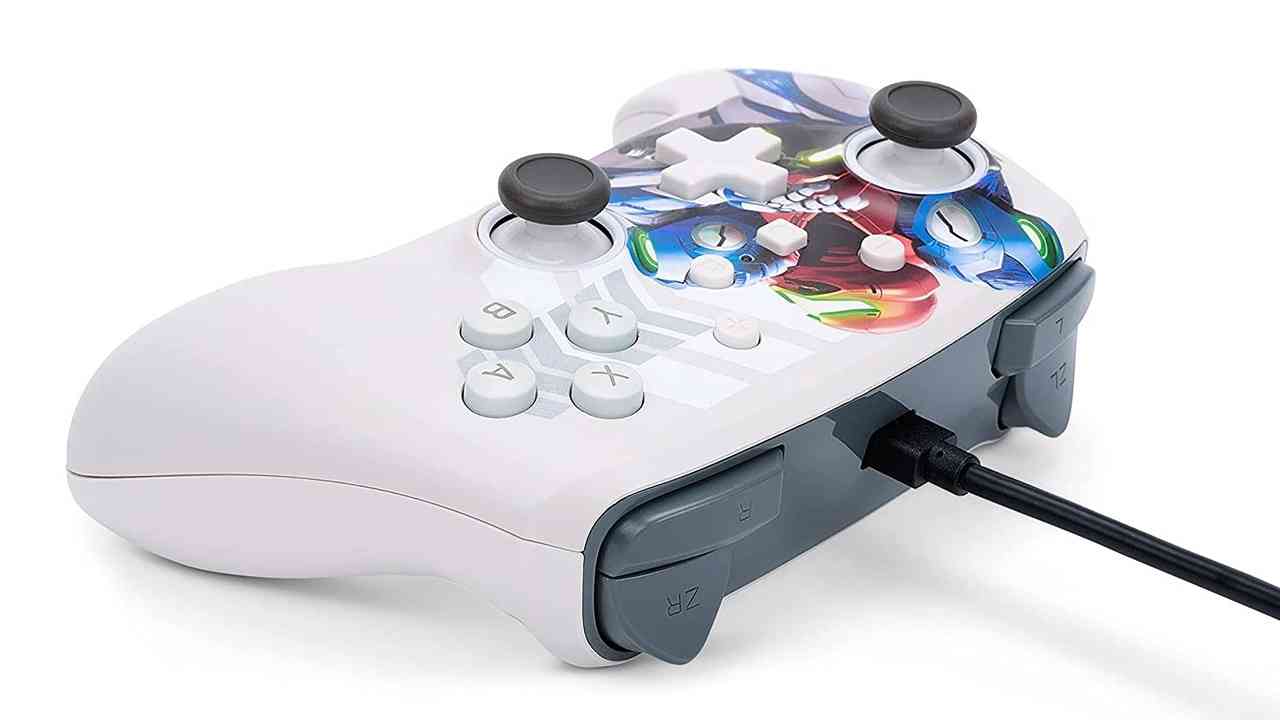 On the portable front, you’ve got the Switch case. Like the controller, it’s splashed with Dread art. Unlike the controller, there’s no real pricing/quality tier it falls on. You’ve got a built-in cartridge sleeve, a removable frame for Switch Lite users, and a tough outer shell. You know, for the usual rigors of travel. Can’t have your console subjected to the horrors of backpack life, after all. 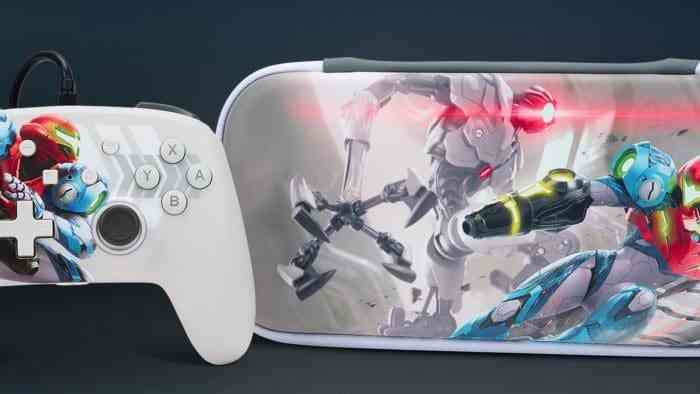 Between the two items, I lean more heavily on the controller. Even if it’s a diet version of the Pro, I still prefer it to Joy-Cons. Especially when playing Metroid Dread. Those bosses require pixel-perfect precision, after all. There were definitely fights that fully stalled out until I switched to docked and/or controller mode. But that’s not for everybody! If you’re all about that portable life, the case is the place, so to speak. I have friends that haven’t connected their Switch to a TV in months.

If you’re not sold on PowerA’s line of gear just yet, I have more reviews of their stuff here and here. At this point, I’ve got so many of their wired Switch controllers in the house I’m gonna need a USB hub to run them all. Which is apparently something you can totally do! If you’re able to do IRL gatherings where you live, these controllers are perfect. Smash Bros, Mario Party, Mario Kart, the whole works. Also like, non first-party multiplayer games. If you’re into that sort of thing. PowerA has better controllers, to be sure. But whether you’re looking for a lower-cost alternative or just more Metroid swag, this wired Switch controller is worth checking out. Also that Switch case! Honestly, I’ve a lot less to say about it, but that’s fine. It’s just a reliable way to move your console around. Check it out!

***Retail copies of these products were provided by the manufacturer***

Pokemon Scarlet and Violet Co-Op Shakes Up Traditional Format
Next Hideo Kojima: The Tarantino of Video Games
Previous 5 Video Games You Don’t Want Your Mom to Catch You Playing