Pokémon GO: How Nintendo (Poké)Lured Us Back 20 Years Later

Pokémon GO: How Nintendo (Poké)Lured Us Back 20 Years Later

If you haven’t yet heard of Pokémon GO yet, welcome to Earth. This has been the most explosive video game launch I can recall and it’s safe to say whatever financial doubts we had about Nintendo’s future are gone (for now). To those who never fell in love with Pallet town and the Kanto region, you are probably left wondering how a ‘kids’ mobile game is now on every webpage and muttered in every conversation, as this Pikachu-laden global force is consuming us all with adorable monsters. But Pokémon GO isn’t geared towards kids. Nintendo listened to its fans and created something unprecedented, targeting the most profitable demographic that lay dormant for years: the adult Pokéfans.

As Pokémon GO launched in select countries social media exploded into an uproar of 8-bit crying, pleading, bargaining, – and in very few cases, accepting – that it simply wasn’t ready worldwide. But it isn’t the preteen gamer losing their minds over this, it’s the adults who grew up with the Kanto region that are feeling the hurt. Fans of the original 150 Pokémon have begged for years to have some kind of an updated rerelease. We were given FireRed and LeafGreen, but as Nintendo handhelds progressed we still kept asking for more. Nintendo tried to calm the Pokéfans by letting some of the originals slip into later titles in the series, but ultimately never gave us the nostalgic experience that we so desperately craved. Until now.

“If you look beyond the cute and fluffy monsters you realize this is one of the smartest business moves Nintendo could have made.”

Pokémon GO features only the original 150, from Bulbasaur to Mewtwo (although I have heard mixed rumors that a certain #151 might make an appearance). So what, you might say ‘It’s still just Pokémon!’ and you might be right. Sure, some might glare at you like Ekans for saying ‘just’ Pokémon, but if you look beyond the cute and fluffy monsters you realize this is one of the smartest business moves Nintendo could have made. Pokéfans who played the original Blue and Red versions have finally been appeased, but those kids are now adults, and the series has changed so much that anyone who stopped playing would feel alienated to simply jump into a new title.

So the first step: How do you get that fan base back? Give them what they want. The original 150 Pokémon, fresh and updated and ready to become your best virtual pet ever. Step Two: You can’t expect adults to buy a 3DS just for this game, so how do you get it in their hands? Put it on mobile, which is already in their hands. Step Three:  Adults generally have an on-the-go lifestyle, you can’t expect them to just sit down and play, so how do you make it fresh and accessible to the average adult always on the run for work and groceries and family? Turn the real world into Kanto. 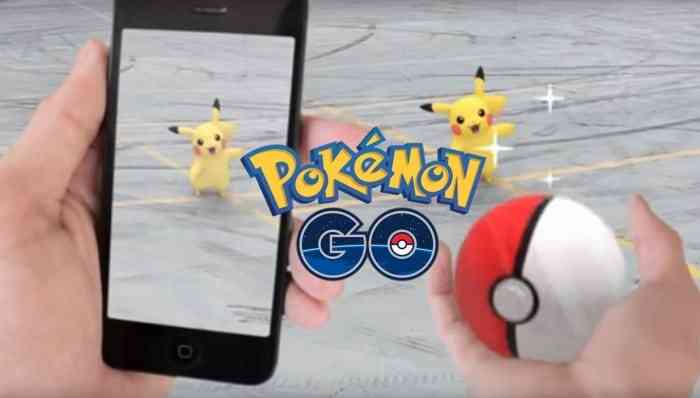 This game has everything the lapse Pokéfan wants: recognizable characters, ease of access, Free-to-Play, and huge nostalgia. It’s something that can pop up into your life throughout the day as you watch your son’s hockey practice. It encourages you to get outside and exercise, a motivation that many young adults in this demographic find hard to discover, but they are suddenly willing to walk that little bit further just in case there is a Sandshrew in that empty lot. People young and old are now excited to go and explore the real world around them; it’s as if Nintendo has found the key to making imaginary creatures a reality. Let’s not forget that, as a Free-to-Play title, it’s unprecedented that it’s making $1.6 million a day for selling Pokéballs and incense, but that’s just how excited we as nostalgia-riddled adult-children are for this perfect combination of what we want and what we need. It’s just another example of how adults are the ones populating this game rather than kids.

“Nintendo has listened to its fans, and in the process has garnered the attention of the digital world”

Pokémon GO has become a virtual social phenomenon and even adults who have never played a single Pokémon game want in on the action. Those who don’t have the game are incessantly watching news feeds for word of a release date, and those who have it are ecstatic to share the news of their latest catch. Coffee shops are advertising on their sandwich boards, jobs are springing up to help players catch Pokémon, and everyone with access to the internet has an opinion on Pokémon Go, one way or the other. Nintendo has listened to its fans, and in the process has garnered the attention of the digital world. They took everything we asked for and gave us the closest possible experience to finally becoming a Pokémon Master, allowing some of us to realize a dream twenty years later.

Pokemon GO Devs Respond to Backlash About Recent Event
Next 10 Games That Should Have Been on the Mini NES
Previous 3 Up, 3 Down – Three Things We Loved (And Hated) About The Resident Evil 7 Teaser