Everything we Know About the Trickster

Considering everything we have seen in the games industry this year, you might be forgiven for not knowing much about Square Enix and People Can Fly’s upcoming shooter Outriders. The post-apocalyptic co-op sci-fi shooter takes the gameplay you know and twists it into something fresh with solid shooting, RPG mechanics, and a host of brilliant powers to control the battlefield. With the release of the first Outriders Broadcast we were able to take a look at one of the three officially announced classes: The Trickster. Built around the archetype of the rogue class, the Trickster is a quick, formidable, and lethal tactician. If that sounds like your style than we have a treat for you! Here is the full breakdown of everything we know about the Trickster class in Outriders. 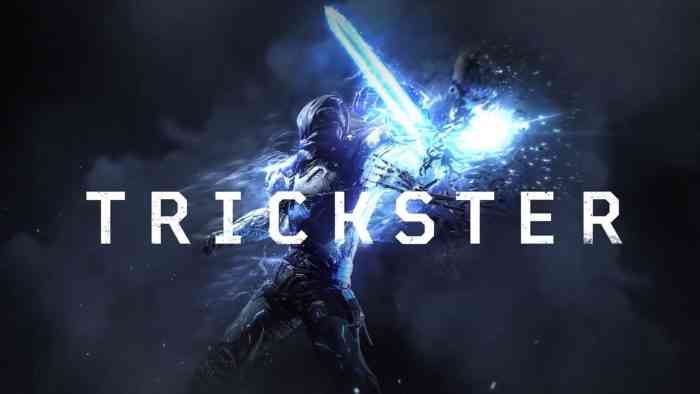 The Trickster has been gifted control over space and time by the anomaly. This class is a close-range specialist. Fast and nimble, their skills revolve around getting into and out of combat quickly, dealing massive damage and disappearing before the enemy knows what hit them. Outriders does not rely on healing items to regain health, however, each class has a unique mechanic to restore themselves to peak condition. The Trickster regains health for every close-range kill executed, meaning sometimes the best place for him to be is right in the thick of it. Unique to the Trickster, this will also grant shields based on a percentage of their maximum health. 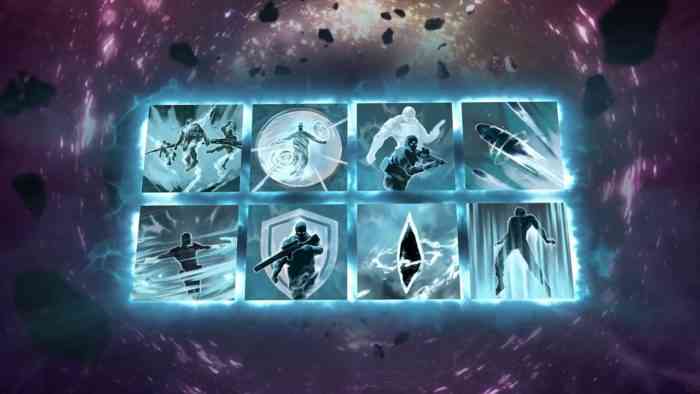 The anomaly granted the survivors incredible god-like powers, and the Trickster takes full advantage of them to control the battlefield and disrupt the enemy at every turn. While the Outriders Broadcast specifically went in-depth on four of the class’s eight special abilities, eagle-eyed fans will notice an additional two from the broadcast which we have highlighted here.

1. Temporal Slice – Described as the bread and butter of the Trickster, a long blade of temporal energy protrudes from their arm, dealing huge damage to any enemy caught in the arc, as well as slowing them down and displaying their skeletons shortly before they violently erupt into viscera.

2. Slow Trap – an essential ability for both offensive and defensive capabilities, the Trickster generates a large dome to which enemies and projectiles move incredibly slow while you and your allies are free to move about as usual. This not only allows you to dodge bullets with ease but is great for reviving a downed ally, decimating hordes of enemies, or simply setting up the bad guys for your allies to go to town with combo abilities. 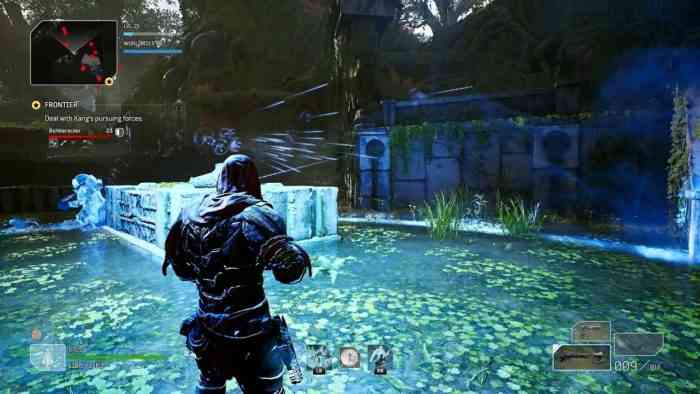 3. Borrowed Time – While instantly gaining a percentage of health as shields, the Trickster leaves behind a temporal clone prior to running into the fray to wreak havoc. If the ability is used again before time runs out, the Trickster will instantly teleport back to this location for a speedy, tactical exit.

4. Hunt the Prey – One of the most potent abilities for the Trickster, Hunt the Prey will let you teleport behind any enemy you can see, automatically generating shields and causing the target to be slowed while setting you up for the killing blow. This is especially useful for enemies with vantage points or the high ground. Sniper nests don’t stand a chance. 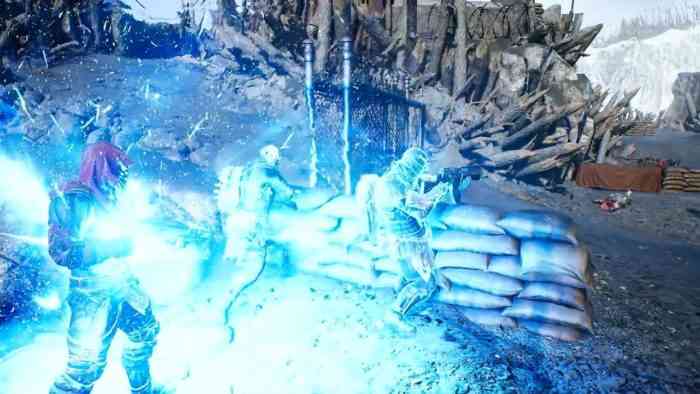 Were you one of the viewers who picked up on the other two abilities spotted in the Outriders Broadcast?

5. Twisted Rounds – Sometimes you can’t rely on teleporting out of danger and need to face your enemies head-on. The Trickster can imbue their current weapon with anomaly-infused bullets that deliver an incredibly powerful punch. These overclocked powerhouse rounds remain active until you reload or swap weapons.

6. ??? – While we didn’t get the name of the ability, you’ll notice a quick scene in which the Trickster conjures and controls a large blue crystal which travels from enemy to enemy like Yondu’s arrow dealing huge damage. Whether this is automatic or controlled by the player is as of yet unknown, but don’t forget this is in their arsenal of tricks. 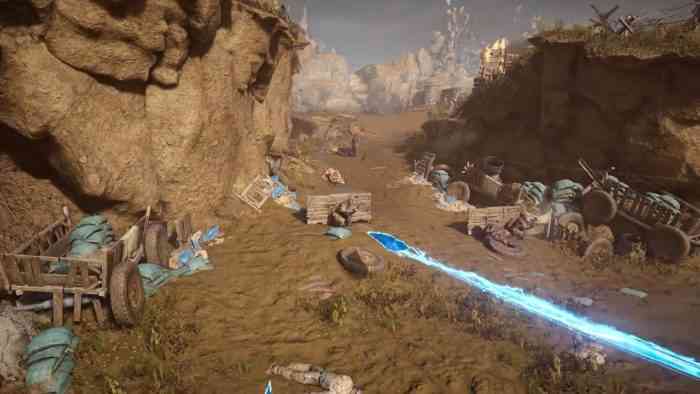 Rather than offer specific builds or sub-classes as seen in other games, Outriders gives each class the “Class Tree” in which you’ll be able to drop points down three lines to fully customize your playstyle. The lines themselves are distinct in what you will find, but you are not limited to only using one. In fact, all class points can be re-speced to better suit your style. What do these three paths for the Trickster look like?

1. Master of Space: All abilities and perks in this line are about bonuses while on the move and dealing damage in close range, particularly with shotguns and SMGs.

2. Harbinger: Don’t think just because this is the rogue class that it can’t pack a serious punch. Perks down the Harbinger line are all about making a tanky build, enhancing your strength, shields, and armor rating.

3. Assassin: For the classic stealth build, these perks enhance your abilities when using damage and movement powers, as well as upping the potency of your anomaly skills.

The Trickster will feature 78 unlockable perks, however it has been established you wont be able to use all of them so get ready to fine tune your build to turn you into a ruthless killing machine. Speaking of perks, in a few “blink and you’ll miss it” moments we caught just some of the unique perks you can expect to see from the Trickster. As a final bonus for our spotlight on the Trickster, here are eight of the ability perks we spotted during the Outriders Broadcast.

– Against the Odds: When surrounded by enemies, reloading your weapon deals damage and interrupts enemies’ abilities. Damage scales with Anomaly Power.

– Outrider Executioner: When your Movement skill ends, increase weapon damage by 20% for 8 seconds

– Leap of Quietus: Activating Movement skills increases your armor penetration by 25% for 10 seconds

– Singularity: Decrease cooldown of your Disruption skills by 15%

– Long Odds: For each enemy in close range, your armor is increased by 15% (stacks up to 10 times)

– Profit Squared: Every ammo pickup heals you for 5% of your maximum health

– Disruption Shield: Every activation of Disruption skills grants you 20% shields 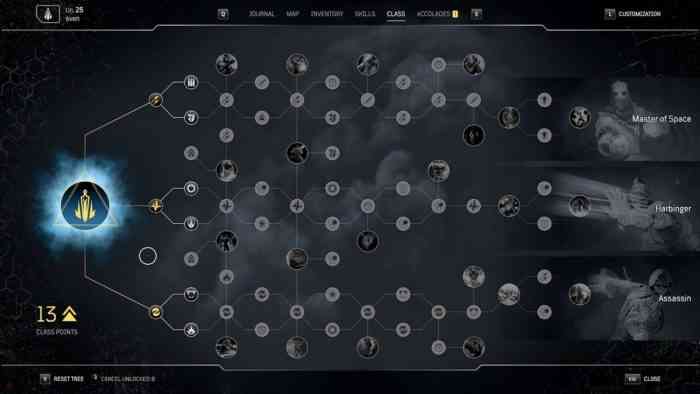 Are you as excited about Outriders as we are? Which class do you want to play the most? Let us know on Facebook, Twitter, or the Comments section below. Stay tuned for more Outriders content from COGconnected, and don’t forget to check out our hands on experience with the game earlier this year!