As A Portable Console, The Switch Lite Shines

It had been heavily rumoured that Nintendo would release additional versions of the super popular Switch, so it wasn’t outrageous when the Japanese giant announced the Switch Lite earlier this year. Still, what good is a Switch that doesn’t, y’know, switch? What the heck is this thing for? I took a whole bunch of long plane rides to find out.

The 3DS is old. Super old. There are a squillion reasons for Nintendo to stay relevant in the portable gaming market, especially with the 800 pound Gorilla called Apple’s impressive Apple Arcade launch. The Switch Lite is their attempt to broaden the Switch’s brand appeal and reel in some of the 75 million 3DS owners for another cycle.

The original Switch hardware was what I’d consider portable enough. It fits into most bags, but it’s kind of delicate feeling. Will I pull this thing out one day and find the joycons snapped off? Or the famously soft screen scratched beyond recognition? Switch Lite addresses all those concerns with mixed results. The surface material is a magnificent soft touch texture, and the whole unit is way lighter. The button layout is improved thanks to a real d-pad, with (to my eye) identical spacing. The grippy texture made the thing overall easier to hold for me. That said, if you found the original hardware awkward to hold, you’ll be in a similar boat here. Did I feel like I was 9 years old with my insanely turquoise Switch in hand? Oh yeah. Thankfully, durability seems pretty good overall. I’d have no problem chucking my little turquoise brick into a backpack. Heck, on one flight a fellow passenger stomped right on the darn thing – no problem (for the record, my seatback pocket had no bottom because… airlines).

Also no problem – handling beefier games for a good long while. How long? With the screen at maximum brightness Breath of the Wild hung on for just a smidge under three and a half hours. The original Switch can’t manage nearly that long, sputtering to a stop before the 3 hour mark, even with the screen brightness under eyebleed levels. Less demanding titles like Cuphead or Dead Cells can occupy just about all of a transcontinental journey. If you do end up running out of juice, Switch Lite seems way less picky about what will charge it up. Obviously, you should always use the Nintendo brick and cable, but if you NEED to, pretty much every USB port I tried managed fine. 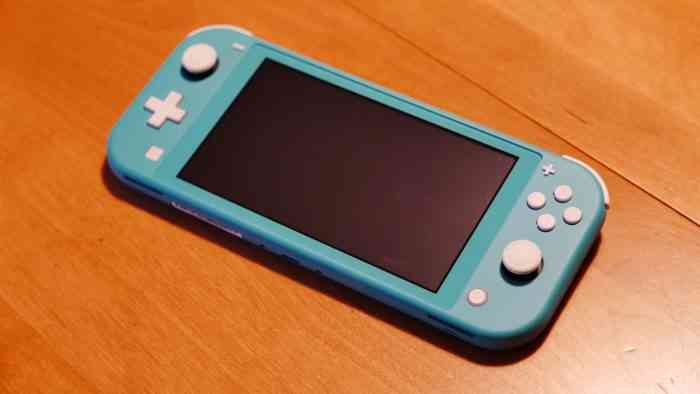 The screen itself is slightly smaller than the Switch, but gets substantially brighter, and looks to have improved black levels as well. Everything I tried in an A vs. B comparison from SNES titles to Mario Odyssey looked stunning on the Switch Lite. Bright whites with plenty of saturation lends itself incredibly well to the kind of games you’re likely to play on a Nintendo platform. Pixel density is slightly higher since the screen resolution is unchanged, but unfortunately the smaller screen also means physically smaller text. Things that have made me squint in the past became basically illegible. Fire Emblem is tough enough to follow without being unable to see the text — who is it that likes flowers, again? It’d be be nice to see Nintendo develop some accessibility guidelines to squash this sort of problem. Ah well, I’m sure I could see the text if I plugged into my TV… oh. Right. The Switch Lite doesn’t Switch (and there’s no kickstand).

If it did, the Switch Lite would be easily be my Switch of preference and recommendation. But it doesn’t. So, consider this a conditional recommendation. Yes, you could just have 2 of the things, but Nintendo’s cloud save system is infuriating. You can back up to the cloud, but it’s all manual, and the settings are buried waaaaaay down in the settings. Even then, it’s sketchy. I had several cases where save data I’d specifically pulled down to the Switch Lite just disappeared, even without touching my docked Switch. It’s bizarre, and the behaviour is anything but predictable. In short: stick to a single Switch if you can. 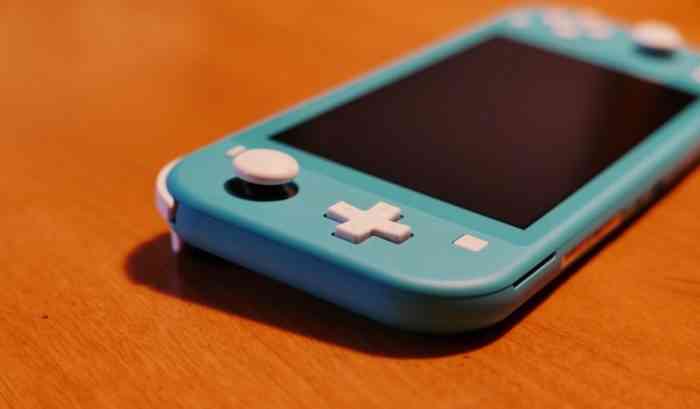 Also recall that you literally can’t attach this thing to an external display. For me, that’s a regular use deal breaker. I love the pro controller too much, and more often than not I need to do gameplay capture. It’s tremendously frustrating. This is undeniably the best Switch hardware yet, but its limitations are a true tragedy. If you don’t care about playing from a couch, or you want to give your kids a Switch, or you travel so much you live out of a suitcase, the Switch Lite is a durable and well designed piece of hardware, and a real pleasure to use.

But if Nintendo could just build the Switch Lite form factor with docking capability and an OLED screen… Ah well. I’ll keep dreaming.