The Razer Tetra console chat headset touts itself as the solution to ambient noise. The microphone has an itty bitty pickup area, designed to cut out the background chatter on your end, preventing your teammates from being too bothered by whatever’s happening in your little slice of the world. Whether it’s the game you’re playing, the TV your partner is watching, or the routine activity of your many roommates, nobody needs to hear that stuff, you know?

Ostensibly, the purpose of this headset is to block out the ambient noise around you, so as not to distract your teammates when you’re playing online. In theory this is an amazing idea. In practice, it’s not as effective as one would hope. Also, this is a shockingly difficult feature to effectively test out. I had to start up multiplayer sessions with very patient teammates, pausing frequently to inquire whether or not they heard that last noise. Sometimes they did! It wasn’t a perfect system. Maybe these people didn’t appreciate my stumbling, staccato rhythms in-game, but sacrifices must be made in the name of accurate consumer reporting.

Coming In Loud And Clear

At the very least, the sound is terrific! My teammates were all appropriately impressed by how crisp and clear things sounded. My vocals were clean, crisp, and loud, although this meant that background noises did sometimes get through the filter. Look, if you want to be heard, there’s a bit of a catch-22 to be reckoned with. Any microphone with sufficient pickup will snag more than you bargained for from the room. On top of that, the Tetra is like, $29.99 USD. That price leaves room for imperfections. 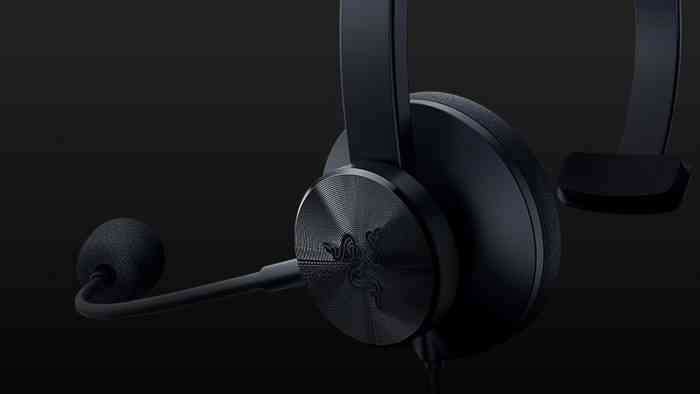 Therein lies the central issue. A very good mic will inevitably pick up more than it intends to. Although not everything gets through, sharp sounds (coughs and phone alerts and such) find their way in. The sound of games or TV in the background is a different story, however. Someone’s watching TV? Can’t hear it. The noise from your own game? Doesn’t get through. Which is pretty much all you can ask for, right? In other words, if you’re playing online, your game sound can be playing while you’re talking to your crew. And for the most part, they won’t hear the game! At least, not from your end of things.

While the Tetra isn’t perfect, it is set at a perfectly acceptable price point. Headsets can get crazy expensive, all without offering you much beyond aesthetic touches. The Tetra might look pretty basic, but it’s also under $40 USD. If all you need a headset for is talking to people online, this will suit your needs. If you’re looking for recording-quality sound, get an actual microphone. Beyond that, the higher price point entries only make sense if you plan on appearing on camera with some frequency. Even if you are, this thing would look at home on any consummate professional’s head.

After some rigorous testing, I determined that the Razer Tetra is only moderately effective at cutting out background noise. On the other hand, the sound quality is pretty good, which is a major plus. No sense in having your voice come through clear if it also sounds like garbage. Most importantly, the price point is quite reasonable. If you’re looking for a decent starting headset, this is a terrific entry point. The design is unobtrusive, the materials are light, the sound is pretty decent, and the price is right. Overall, the Razer Tetra does just what you ask of it.