When the Los Angeles Valiant wanted to create community events within its home city, they turned to the fans of Overwatch and got resounding feedback. Immortals, the owners of the Valiant, identified four communities in gaming that they felt had a lack of voice at the proverbial table: fan artists, families, women, and the LGBT community. As the second of four events this year in the “Be Valiant” series, the Girls in Gaming Summit held in Los Angeles this past weekend was nothing short of an empowering and inclusive meet up that hosted just a few of the amazing women that have become gaming leaders in their respective fields within the wide world of gaming. From developers to content creators to behavioral researchers, the three panels throughout the day featured insightful responses from the highly qualified slate of panelists. In the interims between panels, the summit also provided a great opportunity for attendees to connect with fellow female gamers of all ages, overplaying a round of Overwatch or watching the OWL match where the Valiant dominated the Shanghai Dragons. Through all of the festivity, though, the message was clear: lots of progress has been made for women in the gaming, but there’s just as much (if not more) progress to be made. 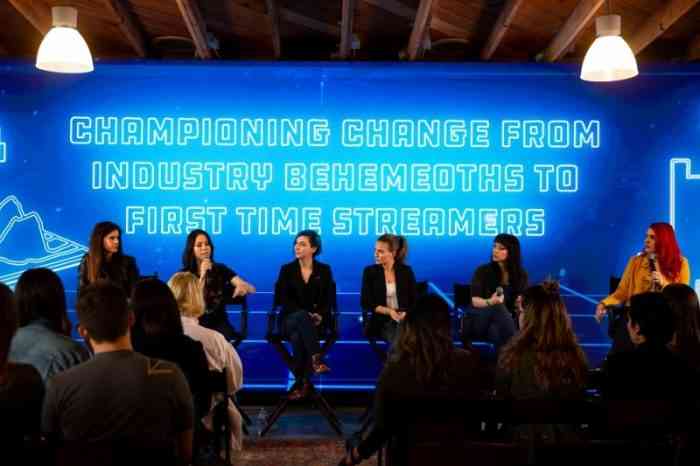 The first of the three panels was focused on girls and women within esports. That not only includes players but all levels of involvement. Across the board, there was a consensus that girls could and should compete at the highest levels of competition. Both Courtney “GlitchxCity” Williams and Emmalee “Emuhleet” Garido acknowledged the unique scrutiny that women face when trying to succeed in something traditionally male dominated. They spoke to how women can be held to an even higher standard for success than men. Panelist Ann Hand, CEO of Super League Gaming, offered a potential remedy for this: provide a place for all generations, boys and girls, to play competitively. She gave anecdotes of fathers and daughters competing in the same games, of parents learning to be supportive of both sons and daughters who want to play together. All women on the panel echoed the sentiment that much of this change needs to start with younger generations and that much of that change has started, but that gamers as a whole need to continue this hard work.

The next panel consisted of women who were tenured in the content creation or social gaming communities. Many of the messages the panelists gave were not just good messages for young women in gaming, but for anyone trying to succeed in a field that is often unforgiving. Michele Morrow, Co-Creator of Good Game and Founder of Under Pressure Productions, stressed the importance of pursuing what you love. Everyone tells you that, she admits, but what they don’t tell you is why; you should pursue something you are passionate about because the road to get there is hard and full of failure, and the only way to get through it all is to hang onto that passion. Chelsea Delbridge, Director of Social Media & Audience Development at Machinima, agreed and wanted to add an important message specifically for girls: don’t drag down other women to get to the top. She stressed that women have a hard enough time being taken seriously in any industry, let alone gaming, and that women should always be looking for an opportunity to support each other rather than throwing a co-worker or peer under the bus. What’s more, a strong message coming from the panel was that women’s achievements in gaming should be celebrated, whether a girl wins an esports tournament or develops a game that hits a milestone. 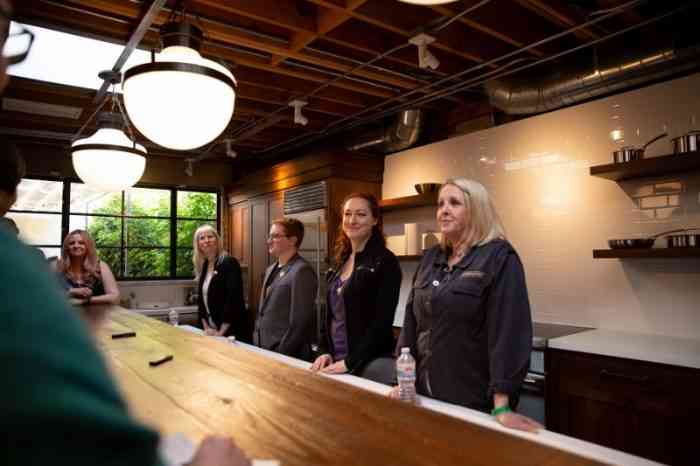 The final panel focused heavily on the current state of behavior in all gamers and what initiatives can be taken within development circles as well as esports organizations. There was a lot of emphasis on being sure that we don’t create a female blind spot when it comes to development; it’s important to include women at levels of game development, from engine development to level design, from art to story and everything in between. Morgan Romine, Director of Initiatives at AnyKey, continues to add that by including women at all levels we can begin to have clear messaging on what type of behavior is acceptable because often times, she continues, many people don’t know what they are about to say or do online is actually toxic. In line with that, one of the big callouts during this panel was for big gaming companies to be more open with each other on how to help curb toxicity. It is possible that many companies don’t realize that creating a much more inclusive gaming community can indeed lead to a stronger industry overall.

By the end of the summit, everyone in attendance seemed energized to go out and spread much-needed positivity throughout all of the gaming communities. In a time where hate seems to rise to the top of many discussions, it was refreshing to see so much optimism for an inclusive future in gaming.